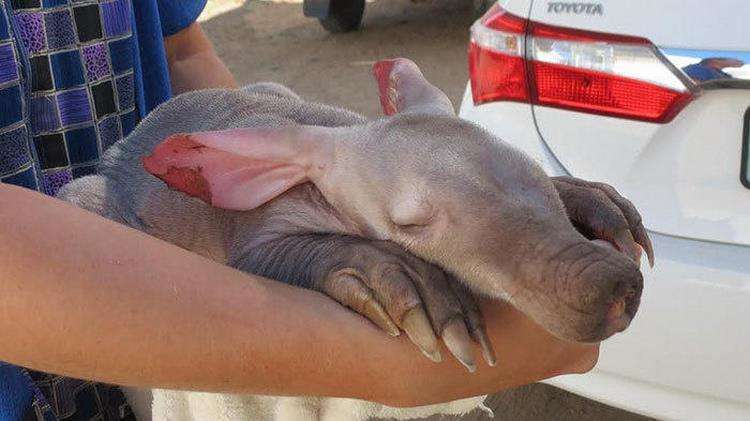 Bald, clawed and a muzzle like an alien! But at the same time – a weak, ever-hungry orphan that charmed everyone at once.

The baby of the outlandish beast miraculously survived and ended up in a shelter.

What is this? Well, what is not an alien beast? Just a cub.

And it was like this – the truck followed through the desert expanses of Namibia. At one of the parking lots, the driver, out of habit, walked around the car before starting off, and suddenly saw something strange under one of the wheels.

It curled up into a ball and grunt weakly when touched. Fortunately, the man had already seen such animals – it turned out to be a baby aardvark!

The aardvark mother was nowhere to be seen, so the baby was transferred to an animal shelter. There he was immediately taken under guardianship by the dog Zara. 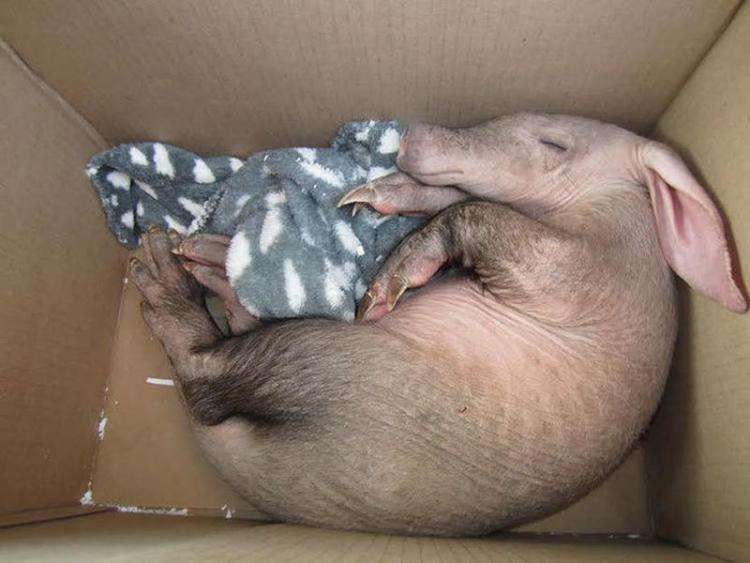 Dr. Erica de Jager said that everyone literally fell in love with the wonderful creature. Aardvarks are not aggressive, although their clawed paws are so powerful that they pierce the clay walls of termite mounds.

These animals feed on termites and ants, do not conflict with anyone and often become the prey of large predators. In the shelter, the baby was not in danger and he developed an excellent appetite! 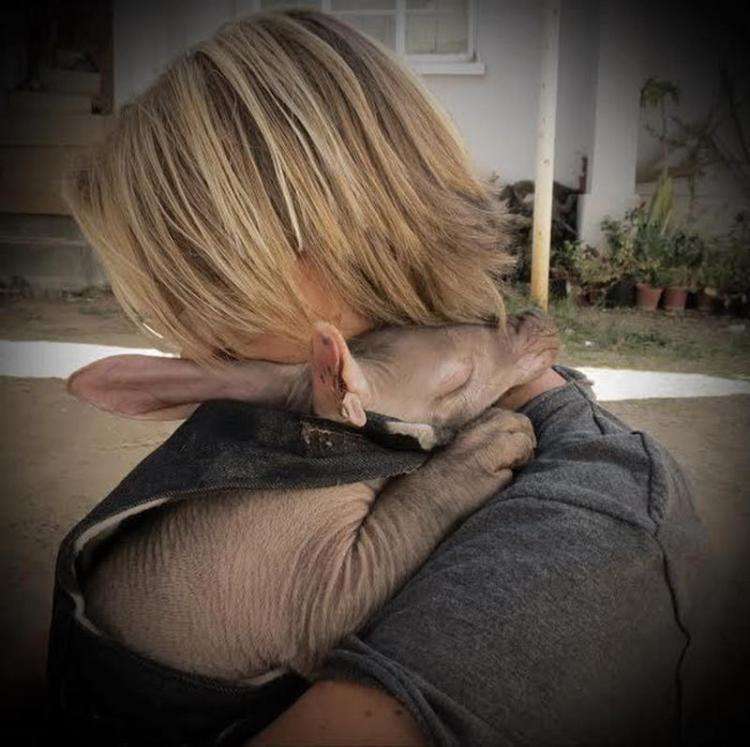 Eating well is the main thing!

The grown up aardvark was taught to get food on its own and was released back into the wild. But every season he returns to see his “adoptive mom” Erica.

A good story about good deeds!