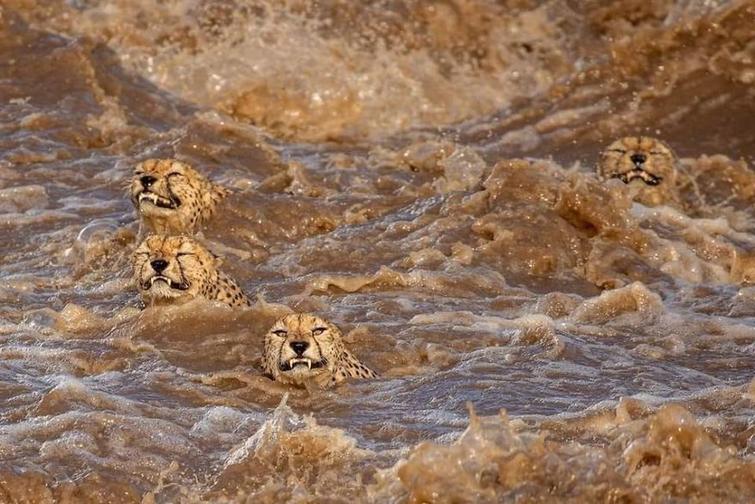 A group of people studied a national reserve in Kenya, Africa. Suddenly, they found a family of cheetahs gathered on the banks of the river.

The river was flooded, its current was stormy, but the animals didn’t care. They had only one goal – to overcome it, and they decided to go for it. The largest cheetahs jumped into the water. 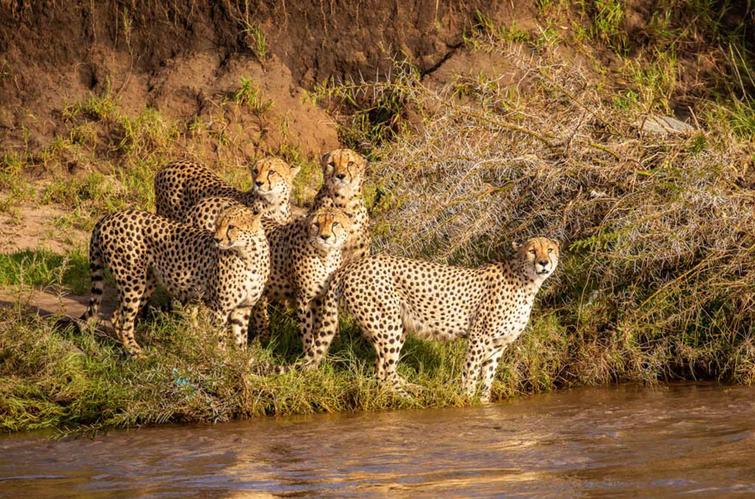 While everyone stood still and wondered if the swimmers would get to the other side, photographers Arnfin Johanson and Buddilini De Soisa seized the opportunity and turned on their cameras. Both of them managed to capture this moment perfectly.

“They hunt on all sides of the Talek River, so it’s no surprise that they wanted to cross it. Usually, they crossed the river on rocks, but this year it has been raining for a long time and it was very difficult for them to overcome the flood,” explained Johanson.

“They walked up and down the river for a long time, looking for a place to swim to the other side. Because of the stormy current, it was really dangerous. In addition, this river is home to a Nile crocodile, for which the cheetah may be an easy meal.” 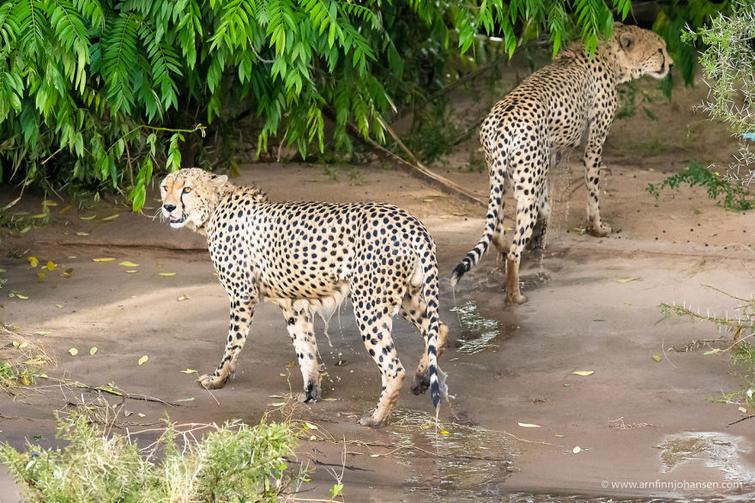 “Not too long ago, another famous cheetah drowned or was killed by crocodiles while crossing the same river. So it was really a big risk. After a long survey of the area, five cheetahs went for it. ”

“First, the cheetah leader jumped into the river, and soon two more followed. The two smallest cats in the group waited a few seconds before jumping into the water. ”

Johanson said the animals swam as fast as they could. Fortunately, all the cheetahs managed to reach the other side safe and sound.