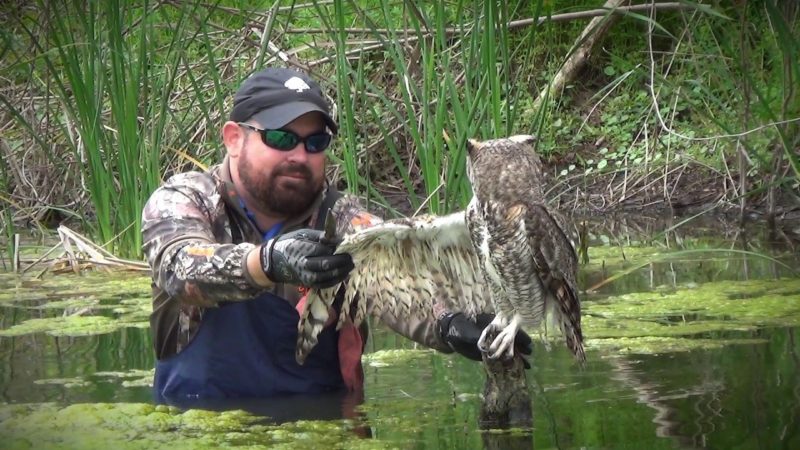 The owl in the video below got lucky when golf player Craig Loving found and rescued her. The reaction of the nocturnal predator was not quite what Craig expected.

This incident happened while the man was on a golf game in Austin, Texas.

The man noticed an owl sitting on a stump sticking out of the pond. Then, as Craig got closer, he realized that the owl was stuck and had probably been sitting there for quite some time.

It turned out that a fishing line got into the bird’s wing. It is extremely rare for people to see and even more so make contact with an owl since it is a very cautious bird, which usually does not allow a person to approach.

As he approached the bird slowly, Craig felt quite agitated. But much to his surprise, the owl remained calm, as if she knew that the man just wanted to help her. 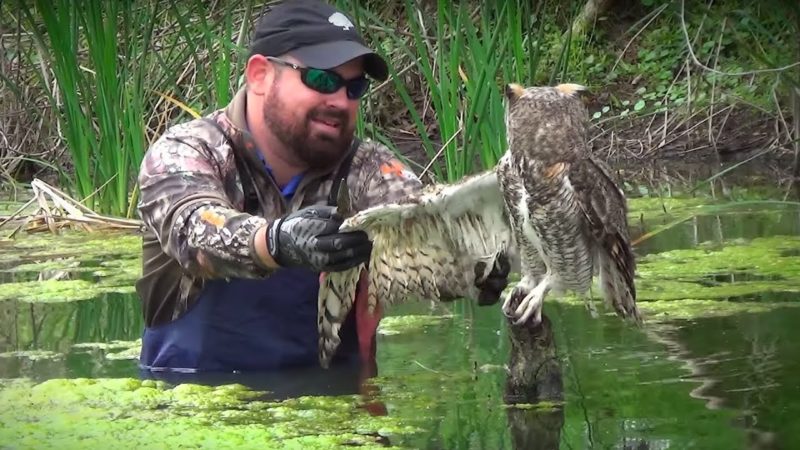 After Craig cut the line from the wing, the owl remained in its place, apparently unable to fly after repeated and unsuccessful attempts to free itself.

“She kept snapping her beak like she was trying to say, ‘Hey, I don’t like this at all!’ so I decided to have a little chat with her,” Craig said. 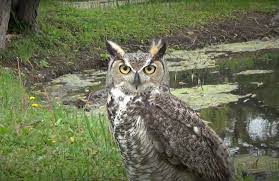 Craig then took a small shovel to carefully lift and carry the animal to dry land. A few seconds later, the owl spread its wings and flew away to freedom.

The owl was trapped, but look at her unexpected reaction when a person comes to her aid
Share on Facebook