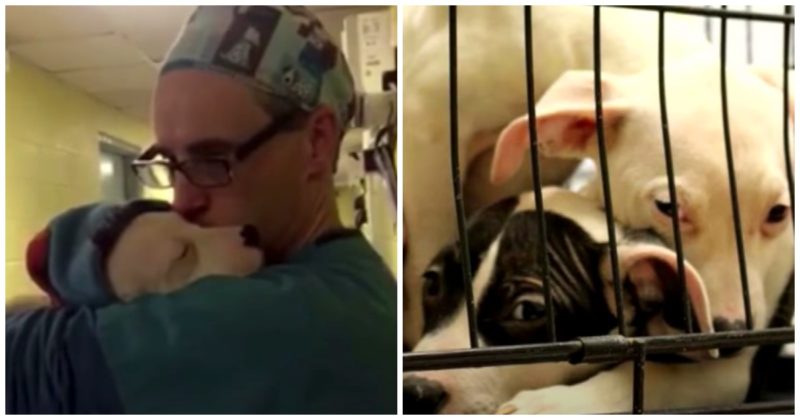 Meet this puppy named Mandy. She, along with her brother Charlie, ended up in an animal shelter after being picked up by volunteers on the street.

According to the rules of the shelter, all newly accepted dogs must be sterilized, and this was what Mandy had to endure. 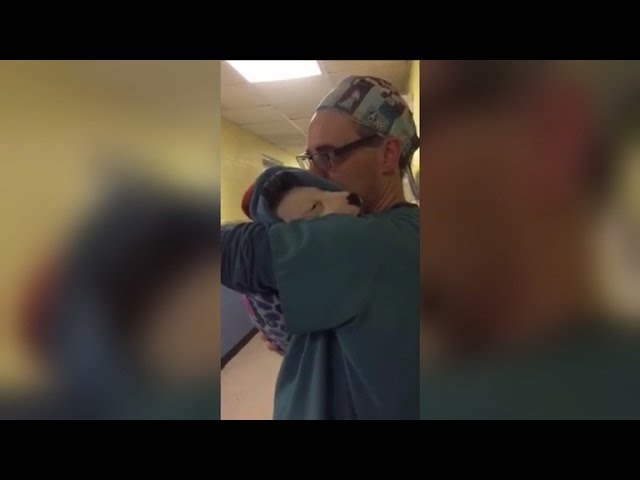 She had just undergone a sterilization operation and was waking up. Due to anesthesia, she experienced strange sensations in her body; it scared her very much and she could not stop crying.

The assistant surgeon drew attention to this and could not remain indifferent. He took her in his arms like a baby and began to soothe her. 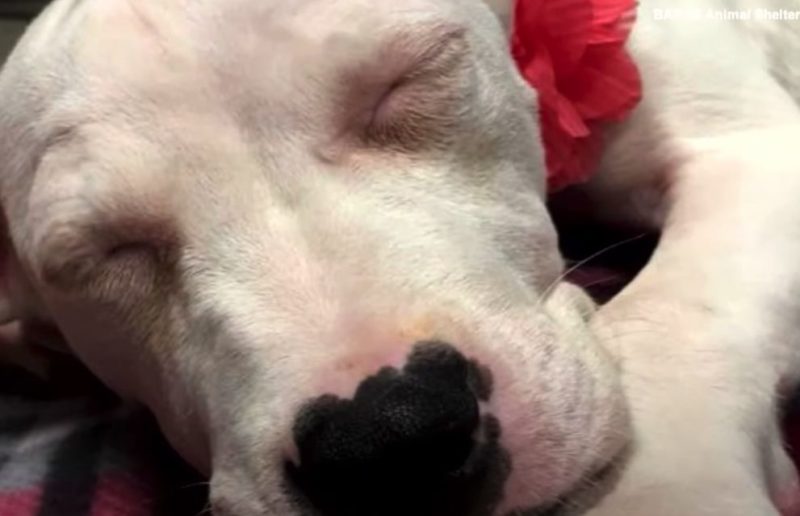 The doctor rocked her and kissed her until Mandy completely calmed down. It is immediately evident that the person is a professional and responsibly approaches his work.

And after Mandy fully recovered, he and his brother very quickly found a new home. It turned out to be a very kind and loving family.

Now their life is completely different from the terrible time that they had to endure, wandering the streets. They are surrounded with love and care.

Suddenly the crumpled blanket yawned and opened its eyes: Harvey is one of the softest dogs