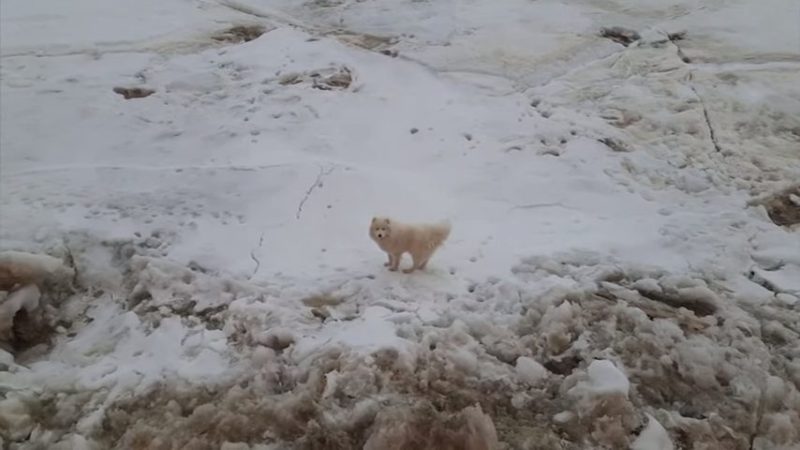 Many of us don’t like cold weather. But we don’t imagine what it’s like living near the Arctic.

People here adapted to the freezing weather over mostly the whole year so do the animals. It’s usual to see dogs with thick fur that protects them from hypothermia.

Anyway, if you happen to be stuck in the Arctic, the chances that you will stay alive are small. A similar incident happened to a dog named Aika that was trapped in a big piece of ice.

Fortunately, a group of sailors was passing by the sea when they spotted a dog with white fur.

She was in need of help. Of course, the crew released the poor pup and took her inside the ship where she was given food and warmth. 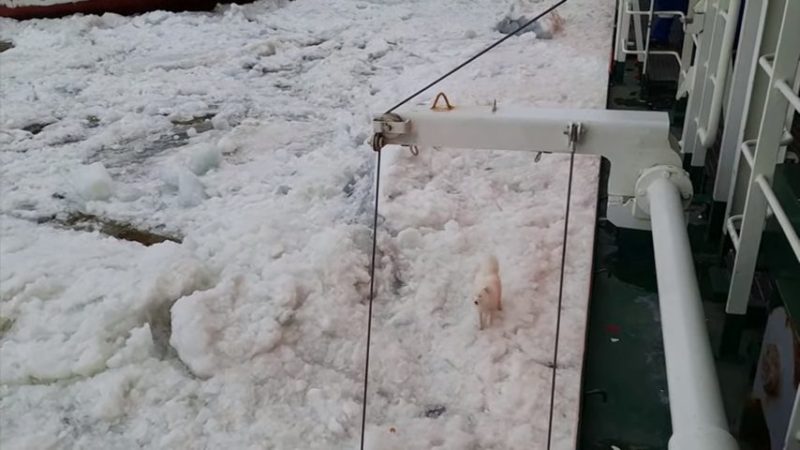 Several hours passed, and the dog was already moving her tail. It was obvious that Aika was an energetic and sociable dog. The crew knew that she had to have owners, so they contacted the nearest village.

Svetlana Chereshneva – the owner of Aika was happy to know that Aika was found. She was lost over 10 days. It’s hard to believe that she was stuck between ice blocks for about 10 days and was alive. 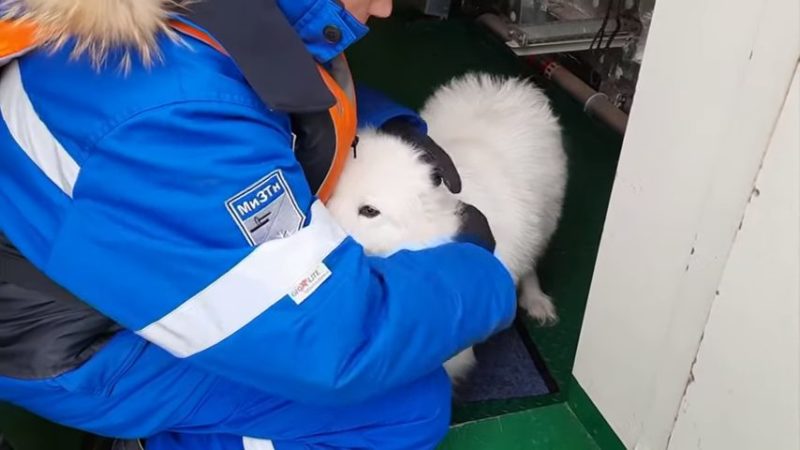 Svetlana told that Aika never went out somewhere without her family. This time she wandered off the village and appeared to be in a desert place.

We are happy to know that the curios dog is doing well thanks to the kind humans!