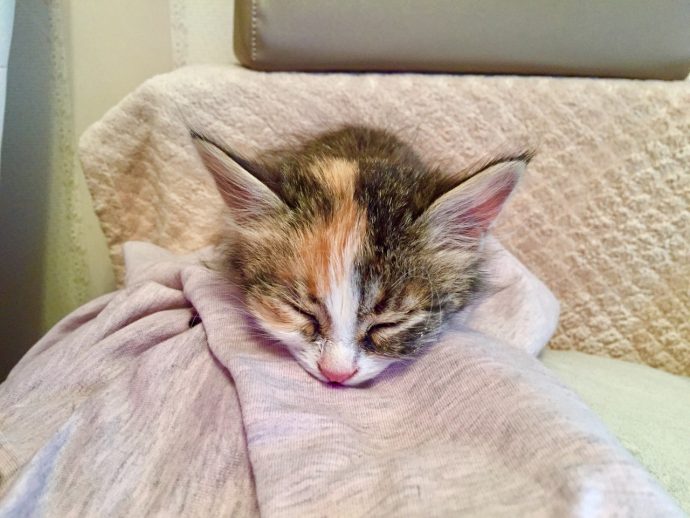 Antony was returning from work.

The day was not very successful – the report had to be redone, the boss shouted for no reason, and in addition, the salary was delayed.

The guy buried his head in his shoulders, turned up his collar and hurried home: “Only hot coffee and a series will save me,” Antony thought.

But suddenly… the young man stumbled. Turning around, he saw a tiny kitten that did not even meow from an accidental kick. 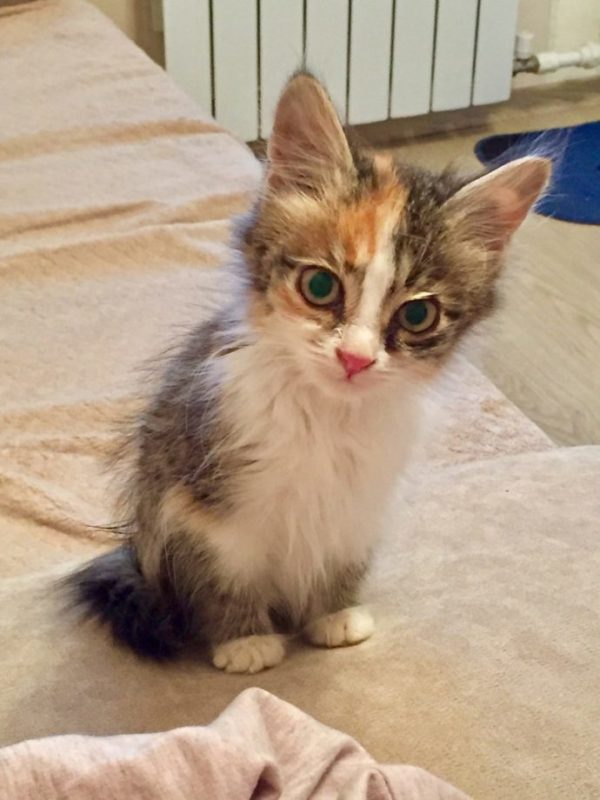 The kitten was very dirty, his hair was peeled off, his eyes were stuck together, and he himself shrank from fear and did not move.

Now Antony realized that he himself would start a series called Save the Kitten and Find a Friend. Naturally, the guy could not leave this crumb in the middle of the road on cold asphalt.

At home, he first washed the kitten’s eyes, then took up the removal of fleas. Just in case, Antony showed the fluffy to the veterinarian, but he did not have any more health problems.

The kitten was given a romantic name – Matilda.

The baby did not leave her new owner for a second for two weeks and constantly purred. How grateful she was to her savior!

And now the poor kitten has turned into a graceful cat who loves to run, play, jump and wake up Antony at exactly 6 in the morning for work. 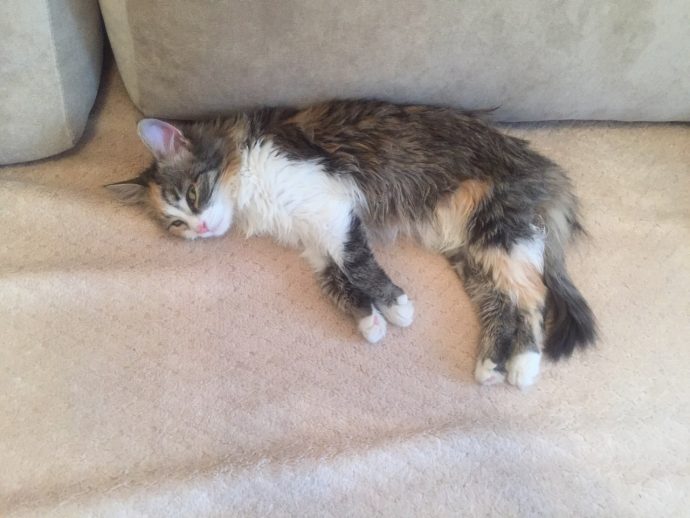 Now the guy is happy to return home after working days. No wonder, because now he has a real friend who enjoys watching TV shows with him.

This is how the bad day ended!

When the guy stumbled over a tiny kitten, he forgot about all the life difficulties he suffered from
Share on Facebook