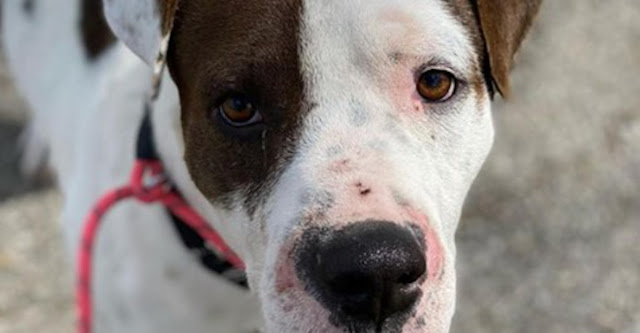 Probably, everyone at least once had a chance to meet a stray dog, ready to follow a person for kilometers in the hope that he will shelter him in his house. But today’s hero is not one of them.

Probably this dog had to live a hard life on the street and lose trust in people because even after the woman saved him and had already opened the doors of her house, the dog did not dare to cross the threshold. 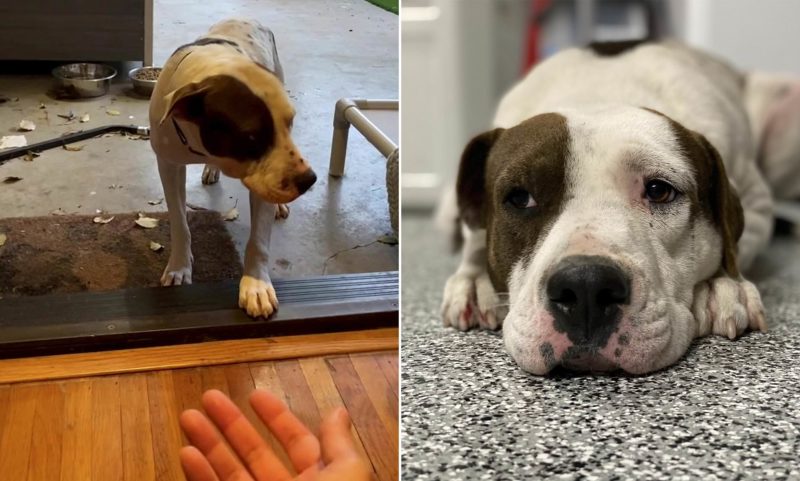 This stray dog’s name is Boomer. And the dog had a lot of reasons to be afraid of a person. Boomer was taken to the veterinarian for examination, where it turned out that the animal had numerous injuries, presumably from human hands.

Among them, were an ill-healed fracture of the paw and scars from firearms. Probably, the dog lived with people before, but they definitely treated him cruelly. Now Boomer has a psychological trauma associated with human housing.

Fortunately, two caring women appeared on the difficult life path of this dog. Thanks to one of them, the dog and his pack managed to survive the famine because the woman regularly fed them.

And when the news came of an impending snowstorm, she decided to save the animals by trying to find a home for them. The woman contacted Samantha Zimmer, who decided to take the three dogs. Among them was Boomer.

When Boomer got used to Samantha and stopped being afraid of her, she began to bring him into the house before leaving for work.

A month later, Samantha managed to achieve the location of the dog. Although cautiously, Boomer began to cross the threshold. 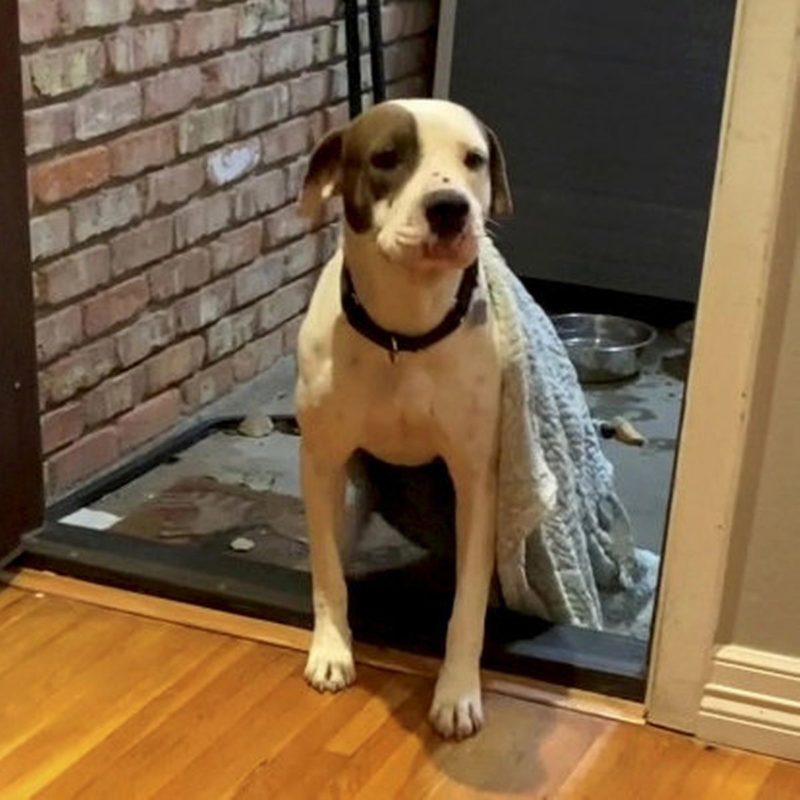 Apparently, in the past, the dog was punished if he tried to get into the owner’s house, so now he risks entering the premises only when he is completely sure that he will be welcome there.

Fortunately, now Samantha and Boomer have found a common language, the dog feels loved and protected. He finally found a roof over his head and an owner who would never let him offend.

Homeless dog was afraid to cross the threshold of the house, because he could not believe his luck
Share on Facebook
Domestic pig lives with five dogs and thinks he is one of the members of the gang