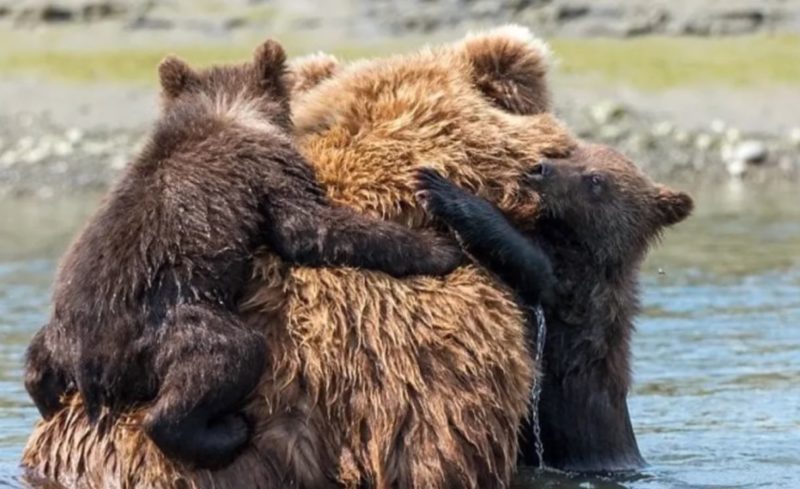 When cold weather comes, and lakes and rivers are frozen, the water is a danger. Moreover, this applies not only to people, but also to animals. That is why, before the onset of severe frosts, the animals intend to swim across to the opposite shore without fail.

Also, one bear with cubs once arrived next to a river. The mother herself swam first, and the babies were behind. Soon they began to fall behind, and the current didn’t let them swim.

The cubs had a hard time keeping afloat. Mother has already swum to the shore. But she did not have the strength to swim back and save three cubs, who could really drown in the cold water.

Luckily, fishermen sailed by in a boat. Seeing this, they immediately assessed the situation and decided to help. The mother bear noticed that a boat with people swam up to her cubs, and became very worried. 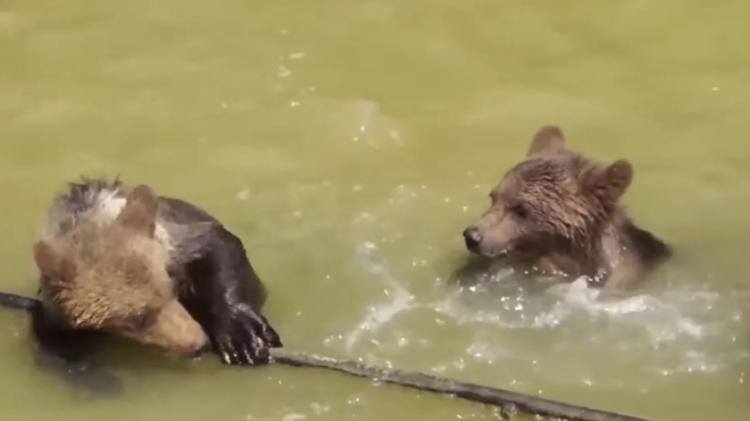 She began to growl, from side to side to walk. Experienced fishermen realized that the best thing is not to touch the cubs, because the actions of a mother bear are unknown. But it was also impossible to do anything. Then people decided to put the cubs into the boat with the help of a net for fish.

So the babies would not be afraid. But it was difficult to do. However, altogether the fishers managed to pull the babies out of the water. And there was another big obstacle ahead – their mother. 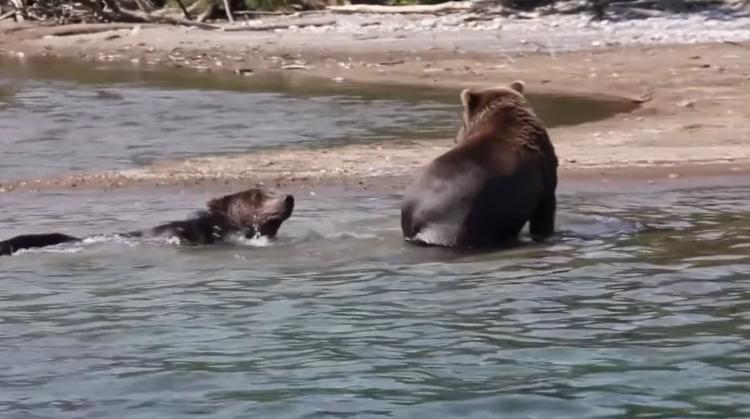 If people swam to the shore, she could attack them. Therefore, it was decided not to approach the shore, but to move along it.

Along the way, people quickly landed cubs one by one. Mom instantly followed them. She took them and everyone ran into the forest.

The bear couldn’t save the cubs from the cold water. The fishermen came to the rescue
Share on Facebook