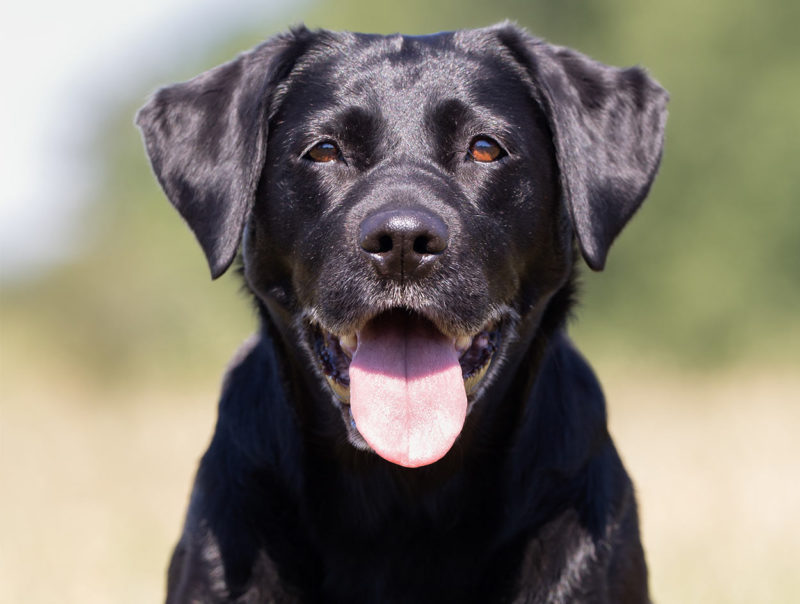 Sometimes we may not appreciate something, but time passes and we realize that we were wrong. This is exactly what happened to a pregnant woman who was given a black Labrador by her sister for her birthday.

The woman, of course, thanked her relative but was not imbued with the gift. “What will I do with this dog, why do I need it if a baby is about to appear ?!” the woman thought inside herself, but she still took care of the dog.

Time passed, and a little girl was born, who began to take a lot of time and energy from her mother. But what the woman was very afraid of did not happen.

The dog did not get in the way and did not require much attention, but on the contrary, he helped the young mother to take care of the baby and became a real friend for the growing girl. 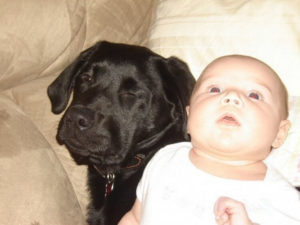 Today, already two girls do not leave the dog, which has long become an integral part of their family and hope that he will be with them for as long as possible! 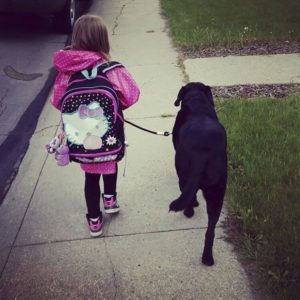 Dogs are indeed presents. They are trustful helpers and great nannies for children. Just give them love and attention!

Thanks to the smiley, cute kitten, all the cats of the shelter received a chance to be adopted