Victoria, as always, walked her beloved dog Turbo. They followed the usual route, nothing unusual happened.

He pulled his owner forward and she saw the cause of his concern – a small frozen kitten that was sitting on the wet asphalt and he didn’t even have the strength to meow. 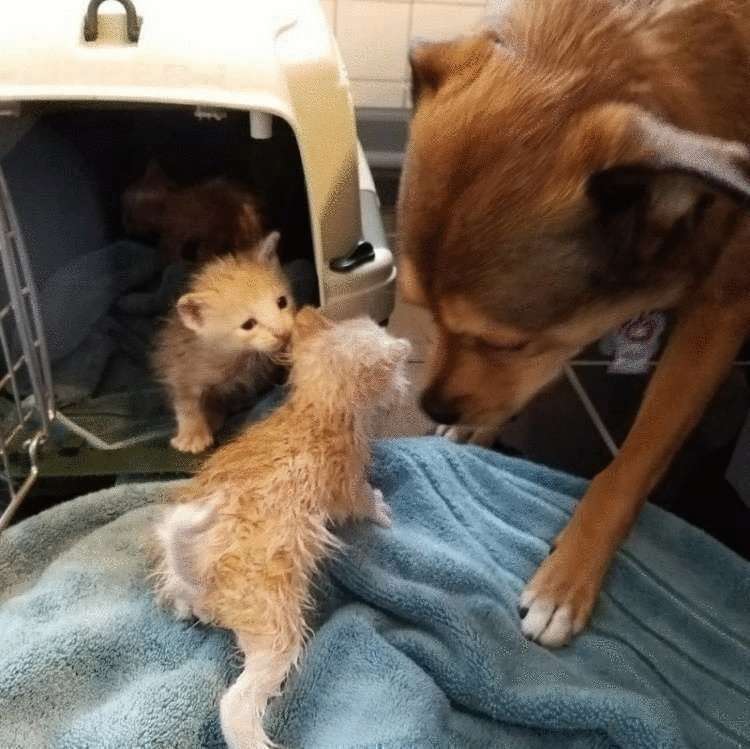 Victoria took the baby in her arms and was going to carry him home. But Turbo was not going to go anywhere – he rested and was still whining.

He seemed to be hinting that this was not the whole find. Going a little further, they found a few more kittens. 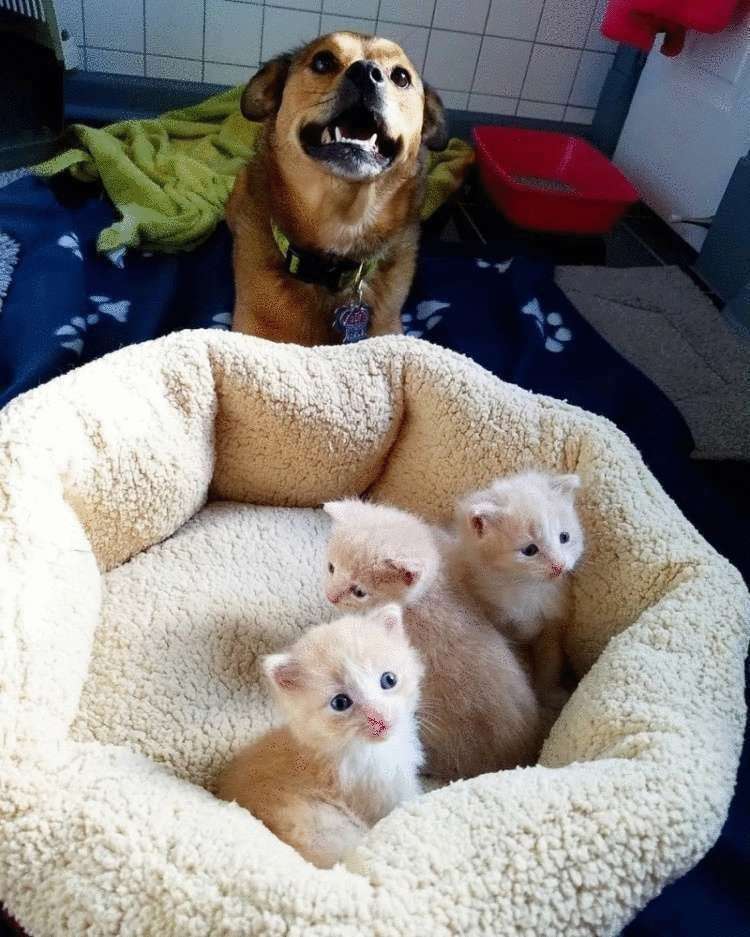 After collecting the cats, Victoria went to the vet. After a thorough examination, the whole company went home.

There, lunch, a shower and a warm house were organized for the babies. Turbo proved to be a mother hen. He began to lick the babies, then lay down next to them, warming them with his body.

It’s so surprising how a male animal of different species can have warm feelings for the tiny kittens.

This story proves to us that love is a greater feeling and decision that we imagine and experience.

Unexpectedly for himself, the dog became a “foster parent.” And all because he could not get past the tiny kittens
Share on Facebook

Six ocelots rescued from poachers are doing well now, they are returned to the wild in Ecuador