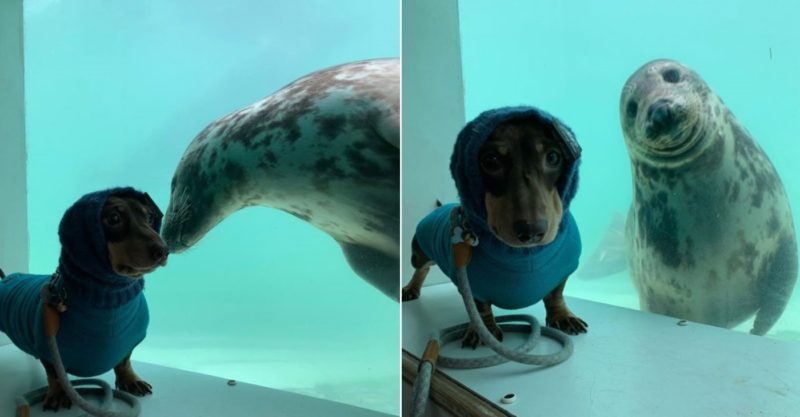 Many of us are used to or at least have tried, making friends on vacation. There is something unusual and interesting in communicating with strangers, especially if the meeting takes place in another country or during a fun time.

This often ends in a strong friendship.

But this doesn’t just happen to people. The puppy, named Stanley, traveled with his owner in Cornwall, where they went together to a seal sanctuary. 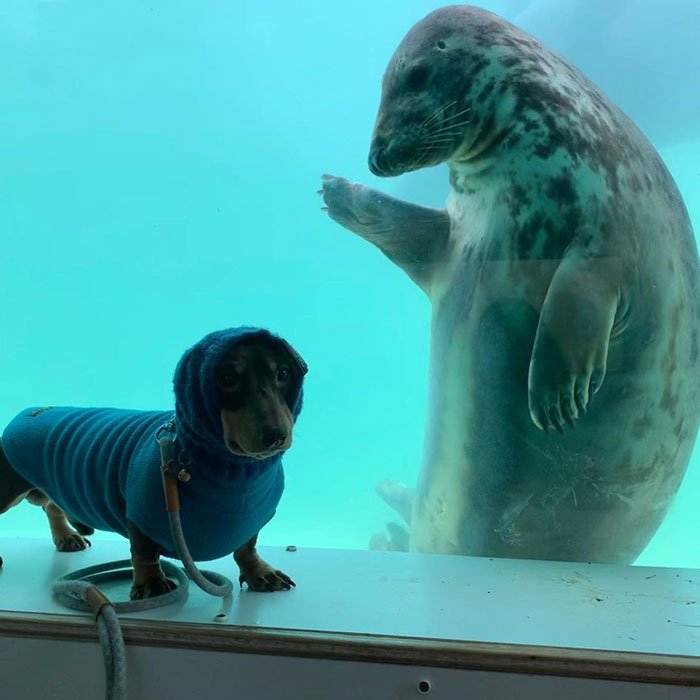 To everyone’s surprise, Stanley befriended a baby seal, The young female seal, Ayla, spotted Stanley as soon as he entered the reserve and immediately headed towards him.

She was clearly delighted with her new friend, so after a few minutes, various visitors to the reserve filmed the couple on dozens of cameras. 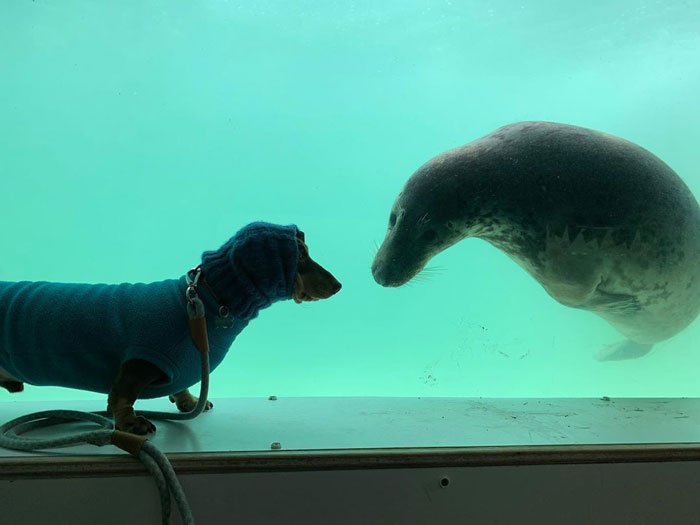 For at least 20 minutes, the animals looked at each other through the glass of the tank, posing for the cameras along the way. Both the employees of the establishment and the owner of Stanley were delighted.

According to the staff of the reserve, Ayla is very sociable, and this is not the first time when she turns all her attention to the next four-legged visitor.

There is a suspicion that Ayla mistook Stanley for another seal because the dachshund was dressed in a sleek jumpsuit. In addition, the dog has short paws, which resemble the seal fins, which are so close to the body.

In a pinch, they are both still babies, which also connects them. According to the owner of the dog, for the sake of such friendship, they will return more than once with Stanley to this reserve.