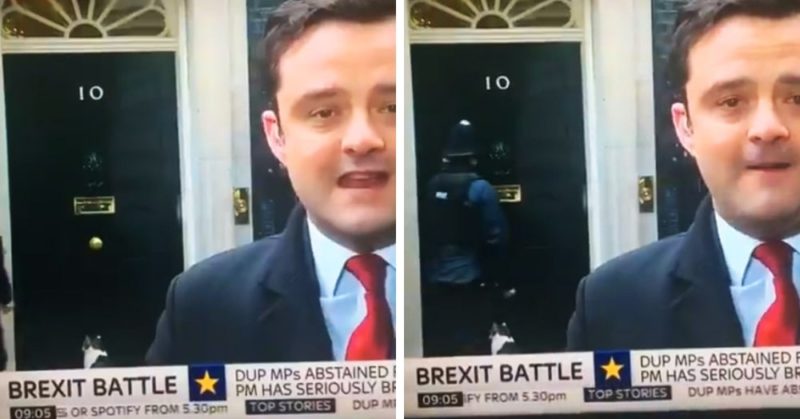 On November 20, there was ordinary news broadcast on the Sky News channel, during which a reporter was broadcasting something about Brexit live, being near the residence of the British Prime Minister.

But then something unexpected happened in the frame, and the journalist completely ceased to interest anyone. The fact is that behind him appeared Larry – the main mouser of the residence of the British government. And he was unhappy! 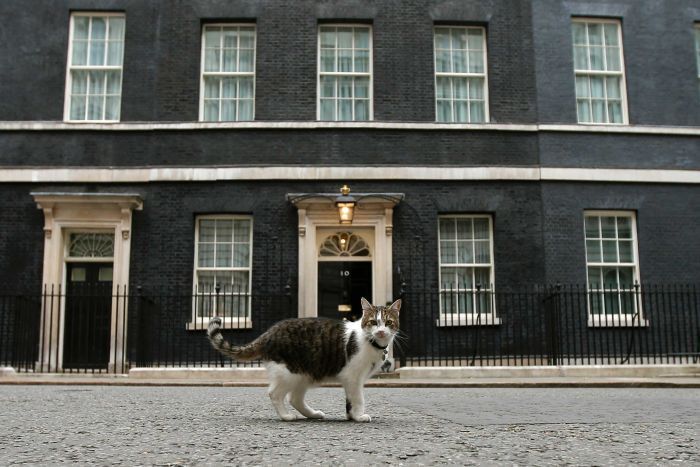 This is Larry, the cat who is the chief mouser at the residence of British prime ministers at 10 Downing Street.

On November 20, the titled 11-year-old cat deigned to return home after going around his land, but the door prevented him,

daring to be shut down in the most disrespectful way!

Author Lauren Franklin, who was watching TV, filmed the whole thing and then posted it on Twitter, writing: “Is there anything more British than this policeman knocking on the house at number 10 Downing Street to help the cat enter in? 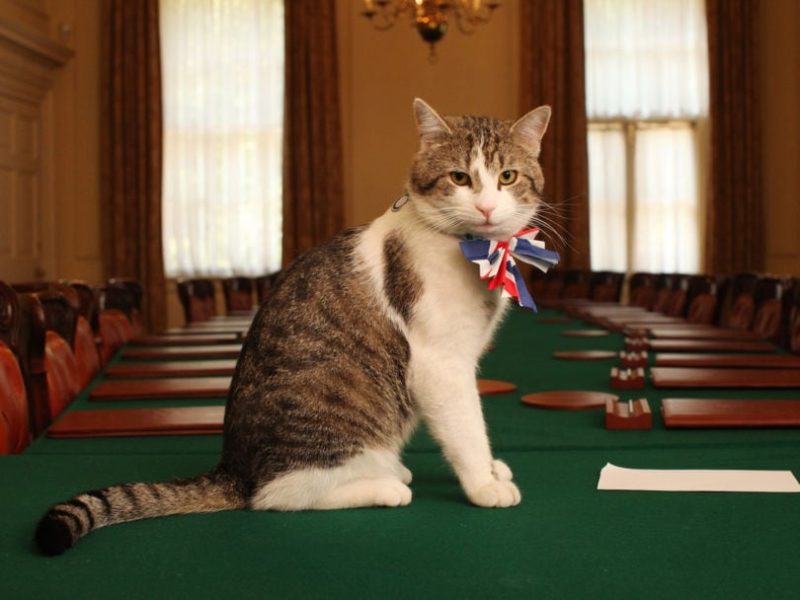 The gracious cat has no clue how famous he is. But the way he behaves is something! The title of the main mouser suits him the best!

The chief mouser of Great Britain interrupted the live broadcast as he wanted to enter the door. The police helped him
Share on Facebook