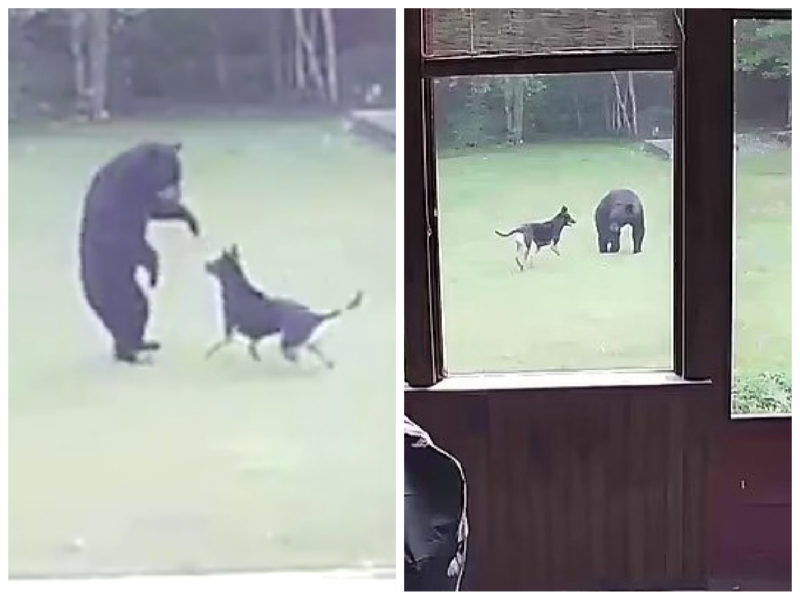 Jenn Sargent, a Vermont resident, learned from her neighbors that a bear was in the habit of coming to her site.

The woman checked the surveillance camera and discovered an amazing development of events: her German shepherd was pleased with the guest. 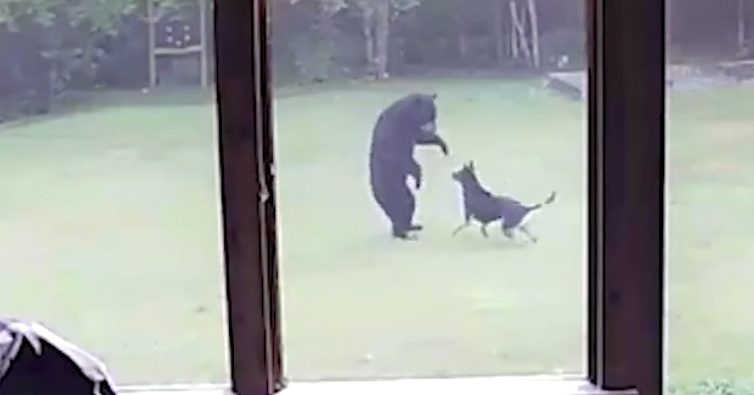 A bear cub, who happened to be near a human dwelling, tried to chase a dog named Jameson, but he did not seem to be too frightened and began to jump around the wild beast.

At some point, he even got up on his hind legs, and then the animals continued to get acquainted, sniffing each other.

In total, the meeting lasted 7 minutes, and Jenn breathed a sigh of relief, making sure that no one was hurt, and the bear went into the forest.

According to her, usually Jameson does his job as a watchdog and protects the territory. 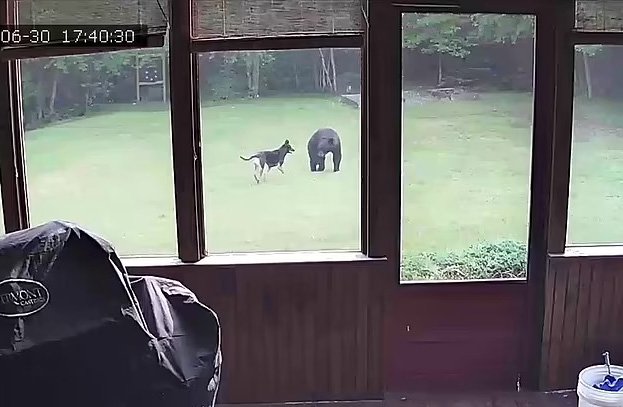 This time, either he or the bear cub, or both of them were in a “playful mood” at the same time, and everything ended well – however, one must remember that this is not a typical ending.

A dog can hurt such a large animal, and he can easily kill her.

Recently, the scene of “caring” of a polar bear for a dog attracted wide attention, but it only looked cute from the outside: the wild animal had already eaten several dogs in the area and in this case was probably playing with the future victim like a cat and a mouse.