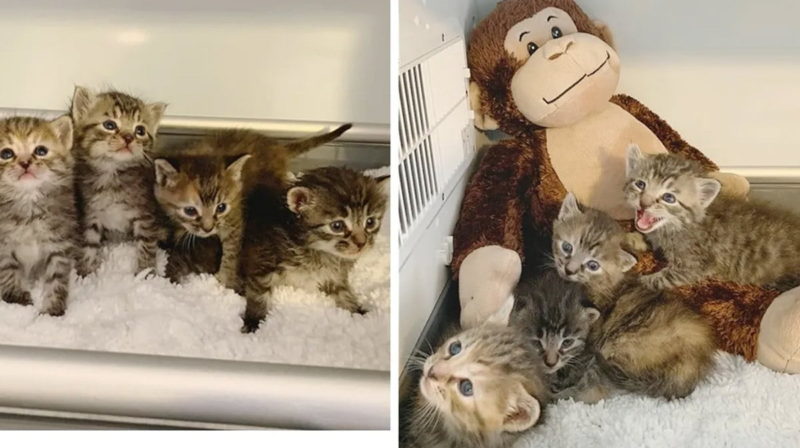 These four kittens picked up in the cold, now cannot be torn from their buddy for hugs. It all started when the Sparkle Cat Rescue volunteer association in North Carolina received a call that a half-frozen kitten was found in one of the private plots.

They helped the kitten, and the owner of the site began to carefully examine the territory in order to find possible brothers and sisters of the found baby. And they were found! 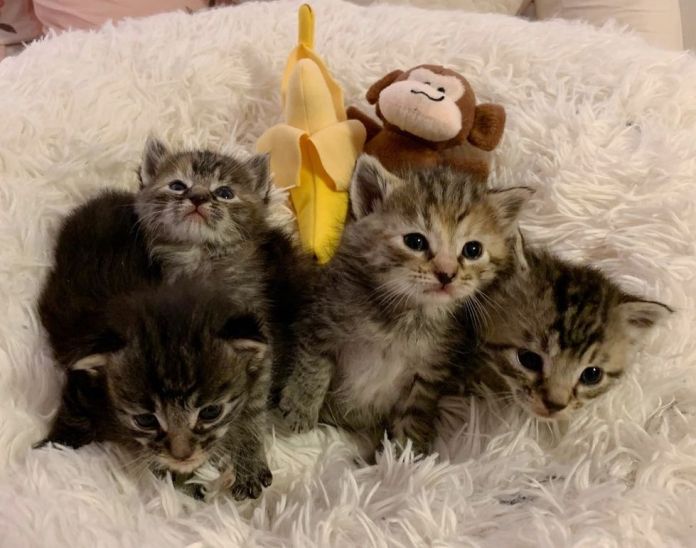 Three more – barely showing signs of life, with body temperature falling below the critical one.

Found kittens were warmed in a special incubator, and Sarah Kelly, the most experienced of the volunteers, took care of them. 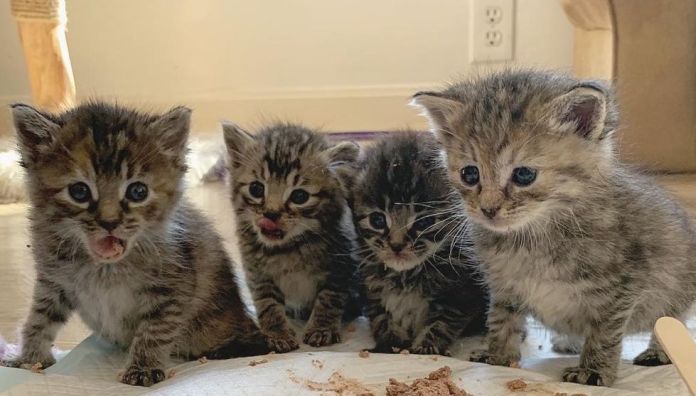 She looked after the feline babies balancing on the brink of death around the clock, and her efforts were crowned with success: the kittens began to eat on their own and even tried to explore the world around them, with the inherent curiosity of cats.

They even had a special hugging monkey – warm and shaggy.

In general, Sarah and her family can now breathe freely – the kittens have come to life. And they really look like kittens.

They will no longer suffer from the cold. Gradually they move on to solid food, stand firmly on their paws and taste all the delights of life in a human house.

And always with them is their mother-monkey, which they stick to when they go to bed.