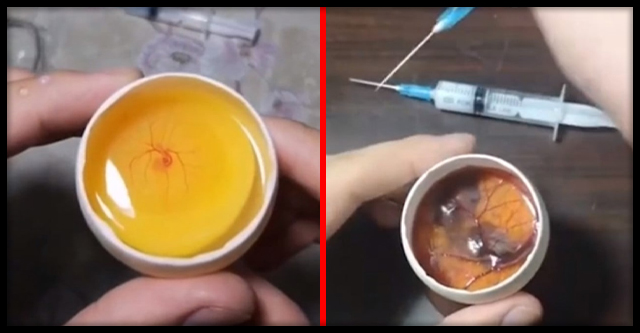 We all know perfectly well that chickens hatch from eggs that are incubated by a caring brood hen.

But the very process of developing a new life, as a rule, is hidden from prying eyes. At a certain point, the shell begins to crack and a tiny chicken hatches from the egg into the light.

Well, now, we have an amazing opportunity to observe how the chick develops in the egg until it hatches.

These pictures appeared on social networks, and it shows an experiment of how a chick was raised in an open egg, from which the top of the head was carefully cut off. 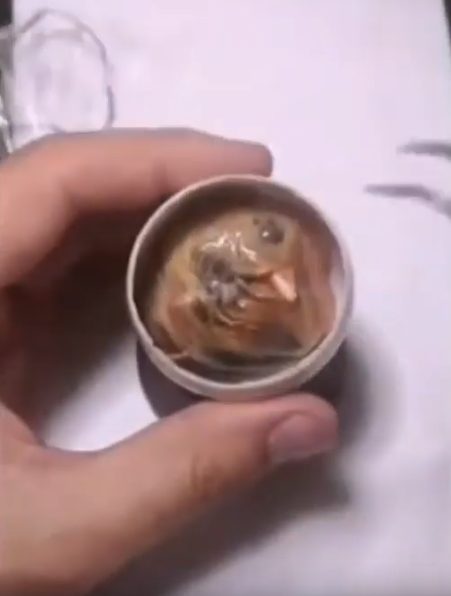 And so that the environment familiar to a living creature remains in the egg, and it does not dry out, it was covered with a film. This experimental chicken grew up almost the same as the rest of his gather.

Time passes and the contents of the egg turn into a chicken, and this process just takes your breath away! 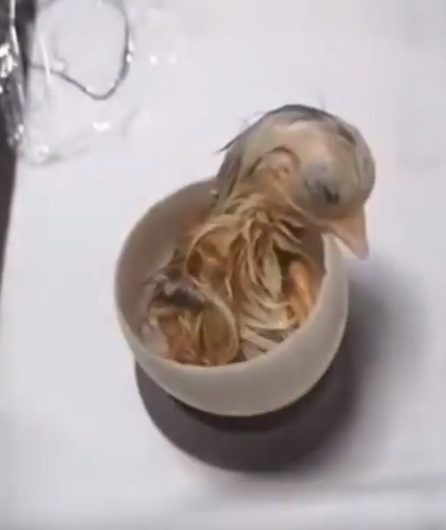 Netizens were delighted with what they saw, and those who conducted this experiment compared a newly hatched chicken with the birth of their own child.

After all, so much labor and effort were invested in it!