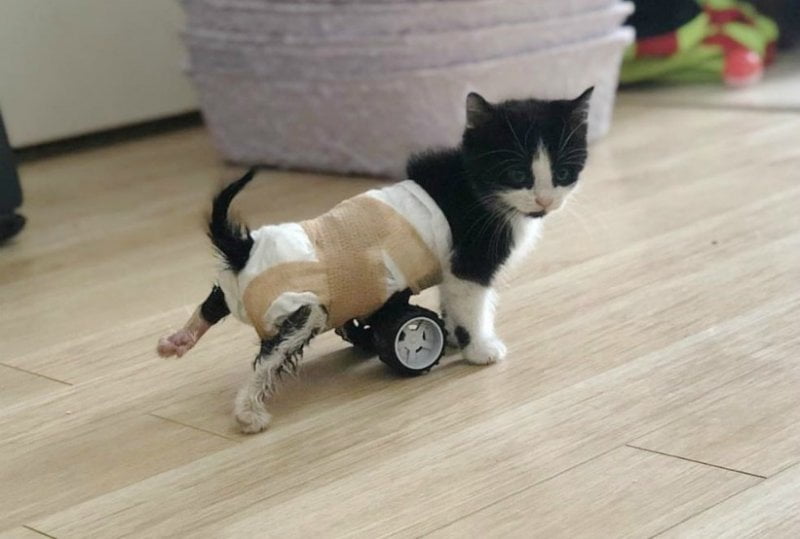 Bernard is a lucky kitten. He was found on the street with paralyzed legs, but this does not stop his full of energy and playful nature. Thanks to the skilled owner, now the kitten moves with the help of a special design with wheels.

The baby ended up in a local shelter, where one of the employees, Jennifer, decided to take him to her for overexposure. 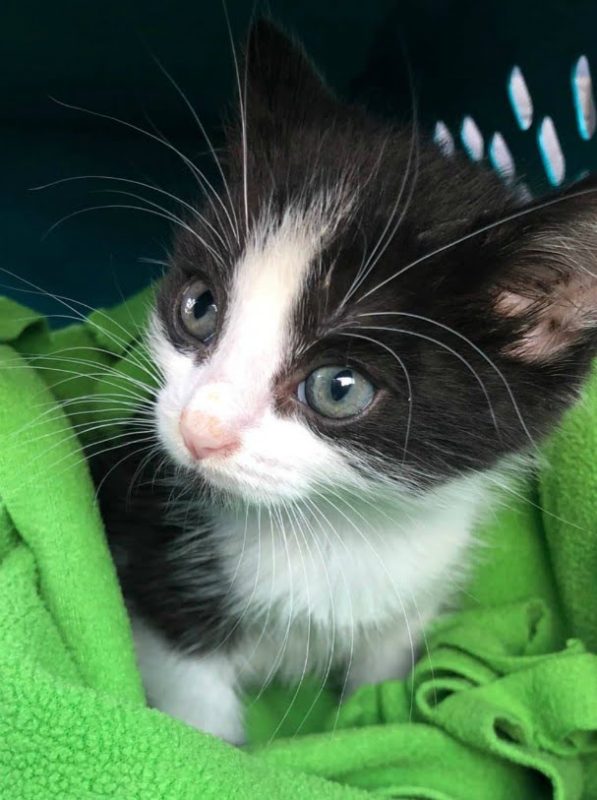 The woman named the kitten Bernard.

After Bernard was shown to the vets, it turned out that perhaps the kitten’s hind legs were not moving because of a dislocation. The baby also had problems with the bladder – he could not go to the toilet on his own. 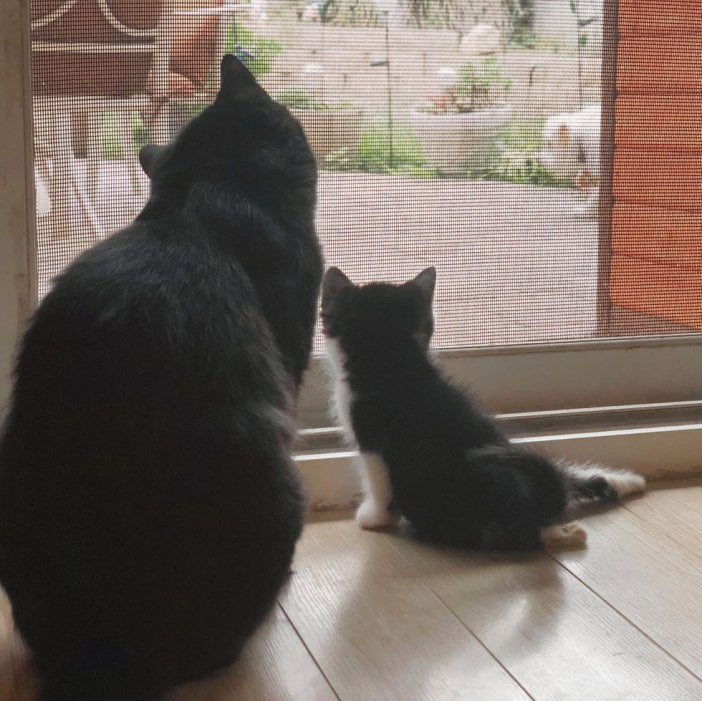 In the early days, the kitten surprised his adoptive mother: despite his sore paws, he tried to run, play and explore the new home. Jennifer immediately realized that this baby was not going to give up!

The owner armed herself with wheels from a toy car and built a structure for Bernard to move around. When the baby was put on his new “wheels”, he was unstoppable!

During all subsequent days in the new house, Bernard diligently proved that he could do everything that other kittens could do. He has made many feline friends.