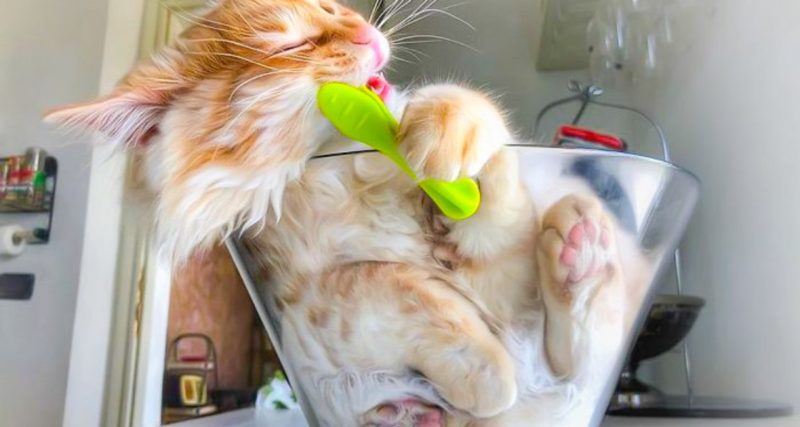 If there is feline happiness, then it looks exactly like in the photographs of Alessandra from Liguria, who does not have a soul in her pet. This beautiful cat’s name is Grosu, and it is the photographer who uploads the frames with his participation on social networks.

It would seem that just another well-groomed cat on beautiful shots, but Grosu attracted the attention of many media. With what?

Grosu is the decoration of the most beautiful region of Italy – Liguria. Despite the fact that it is very hot outside, the owner of the cat did not cut her hair so as not to deprive him of his natural beauty.

This handsome man is from the Kurilian Bobtail breed, which is distinguished by its beautiful coat, unusual physical appearance and piercing look.

This breed is very noble, and as a rule, such cats are regular participants in various exhibitions. But Grosu was lucky, no one pulls him, he doesn’t go to exhibitions, but just eats from the belly, rests and, of course, takes pictures. 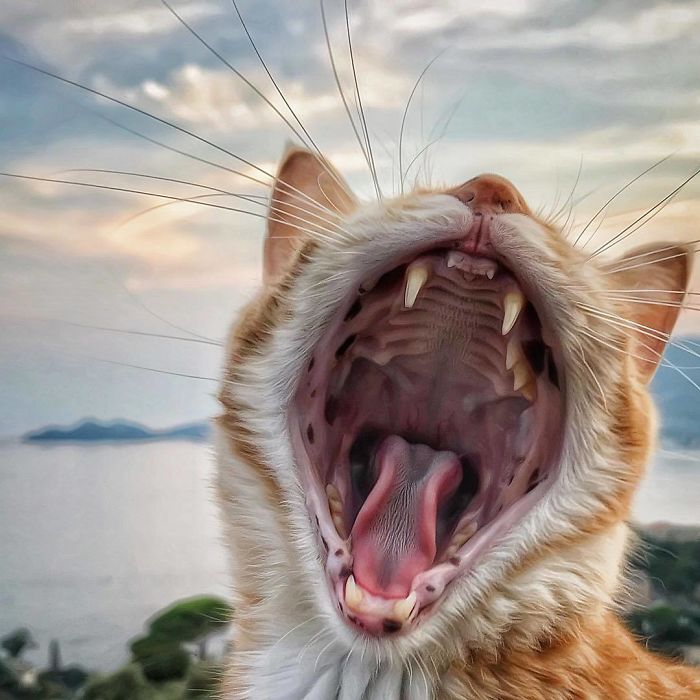 Grosu is very well suited to his breed. As a rule, bobtails get along very well with other cats, dogs, they get along with children. They perfectly know how to climb trees, and are smart enough, it is only once to show what is possible and what is not, and they will obey.

True, if a strong and self-confident cat wants to break the ban, who will stop him?

As the owner herself says, Grosu’s charisma stems from the fact that he does not feel like a cat, a pet. No, this is a full-fledged co-owner of the house, whose opinion is taken into account and whose wishes must be fulfilled. 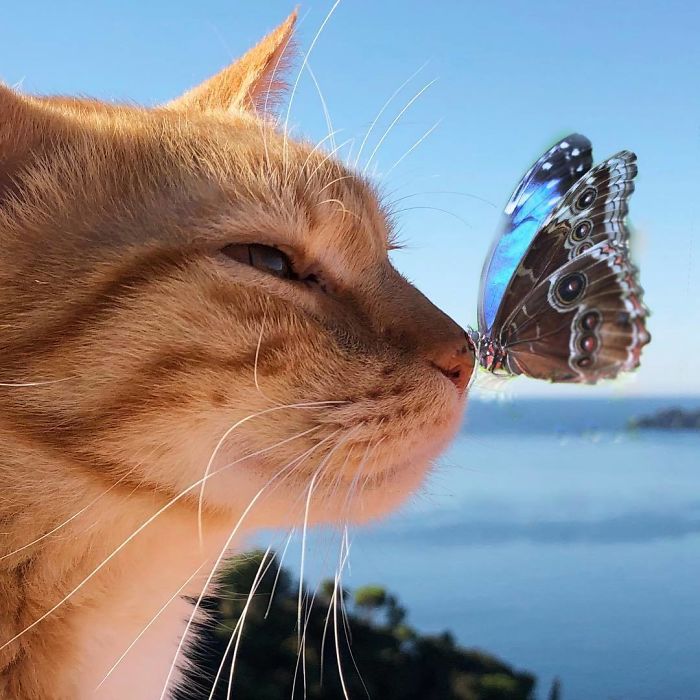 To be good for the cat and then it will be good for everyone, and not vice versa. “He is my real partner, my shadow and has an exceptional character,” says Alessandra about Grosu.

If necessary – obedient as a dog, no problems, leprosy and attacks of feline jealousy revenge. For this, the cat was granted a calm, happy life filled with harmony.

Italian showed the carefree life of her cat, now the cats of the whole world want such an owner
Share on Facebook

Unexpectedly for himself, the dog became a “foster parent.” And all because he could not get past the tiny kittens