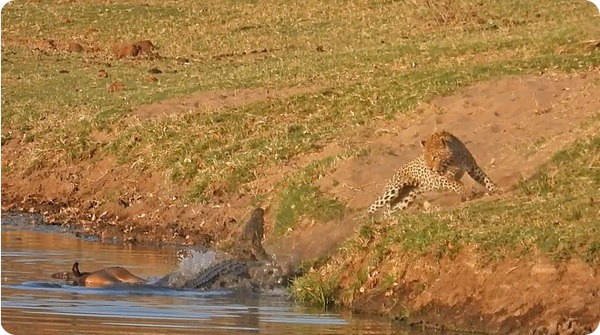 A hungry leopard wanders the African savannah of the Kruger National Park in search of food and unexpectedly stumbles upon a crocodile, which is vigilantly guarding its food.

The predatory cat, without hesitation, decides to take away prey, but the reptile is not going to share its dinner with anyone. 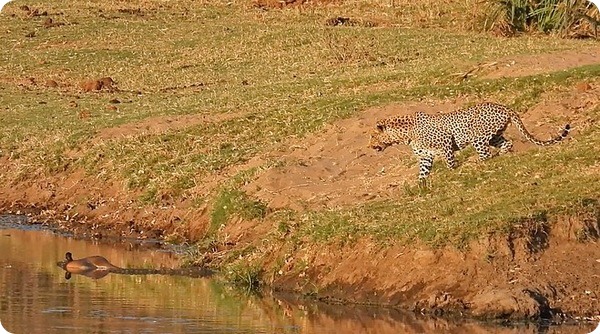 This rare moment was captured by Alberto Scattolin, the owner of the Matimba Lodge, located 5 kilometers from Kruger Park in South Africa.

“The leopard several times tried to take the prey from the crocodile, but each time the reptile jumped out of the reservoir rapidly, trying to grab the impudent predator.

Each time the leopard managed to escape the formidable jaws of the crocodile, but one careless movement and he could easily become a victim of the water giant,” says the 54-year-old man.

“The crocodile was not at all going to yield to the predatory cat because this food could well be enough for him for a couple of days. In the wild, there is a battle for food all the time, and it doesn’t matter who caught it.

Stronger and more arrogant predators can take prey from weaker ones. This happens in the savannah every day. Struggle for survival,” says Alberto Scattolin. 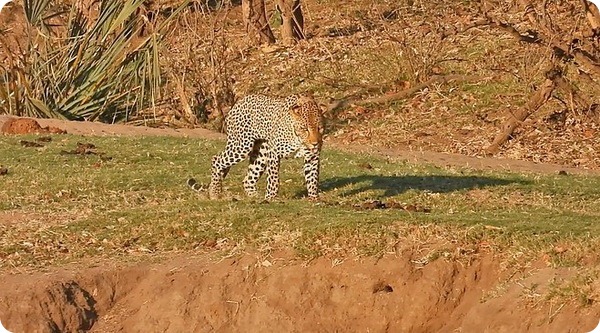 The man loves to stroll through Kruger Park in the afternoon. It is in the late afternoon that you can see something interesting.

According to him, he is a big fan of wildlife and always takes his favorite camera for a walk. He is a longtime friend of the Kruger Sightings resource and often shares his impressions and work with them.