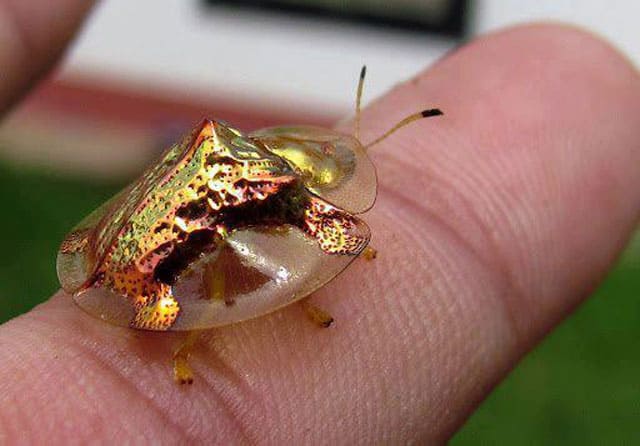 The golden turtle beetle is a wonderful creature that you might hear of or see in your garden. This golden tiny insect looks like gold specks that can walk on its legs.

The insect has a special structure. The circle ridge that covers the legs and the back of the beetle, is similar to a turtle shell – that’s why it is called “tortoise beetle.”

The ridge or the shall actually is useful. It has the function of defending insects from attacks. Also, it keeps safe the wings of beetles. 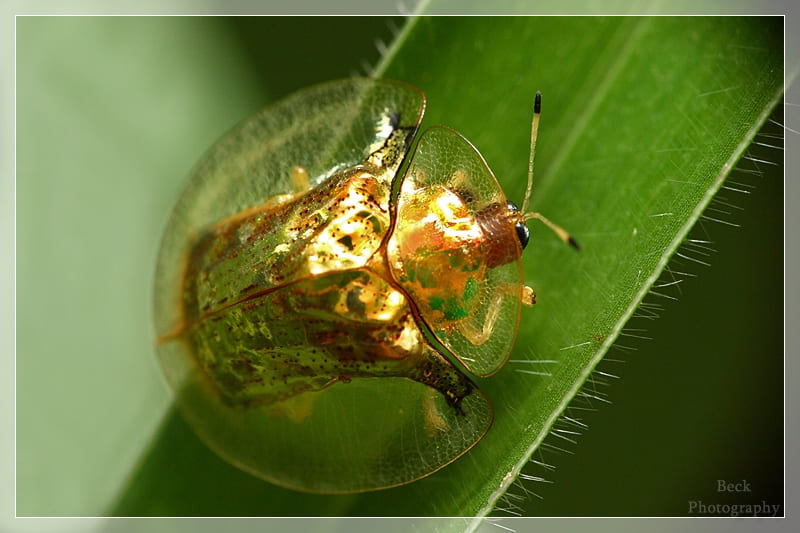 In fact, these creatures are not always golden-colored. They change the body color depending on the season and mood. For example, when these insects are attacked, the color of their ridge becomes brown and orange colored. 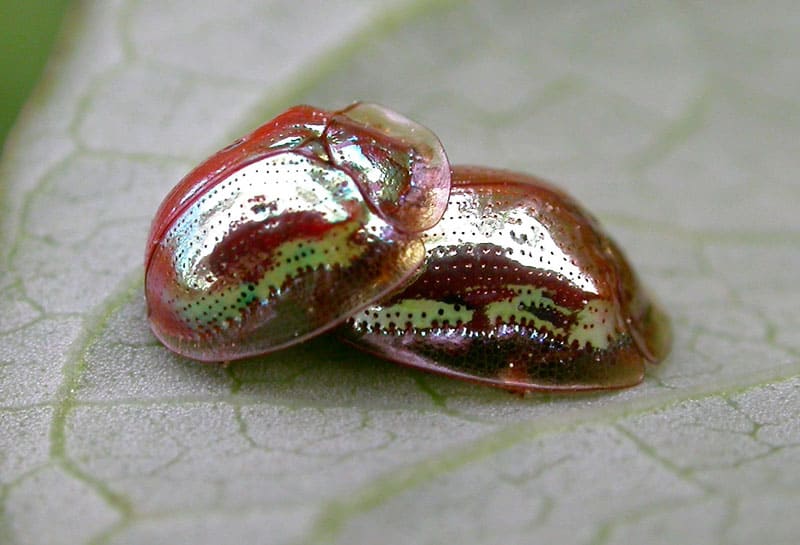 These species are spread in many areas of the planet. You can walk into your garden or backyard in the morning to see these golden guys.

I think golden turtle beetles are at least magical in their appearance.

This giant dog is not scary at all: he took the little puppy under his ‘wing’ and gave him his warmth