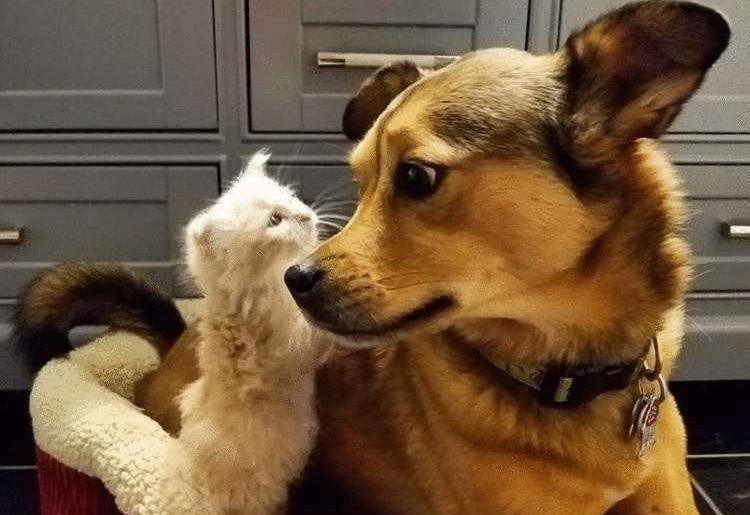 Victoria went for a walk with Turbo, her dog, on a cold and very rainy morning. Having passed a little ahead, they suddenly heard a squeak.

Turbo found its source almost immediately. It was a kitten sitting on the wet asphalt. 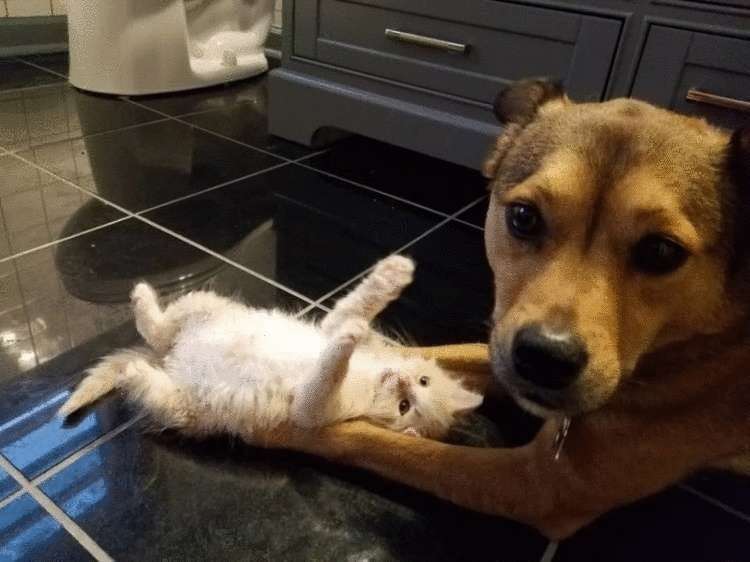 Victoria took him in her arms. At the same time, Turbo began to behave very restlessly, as if feeling that this was not the whole find yet.

Not far away in a pile of leaves were two more kittens, they were shivering from the cold, as they were soaked in the rain. 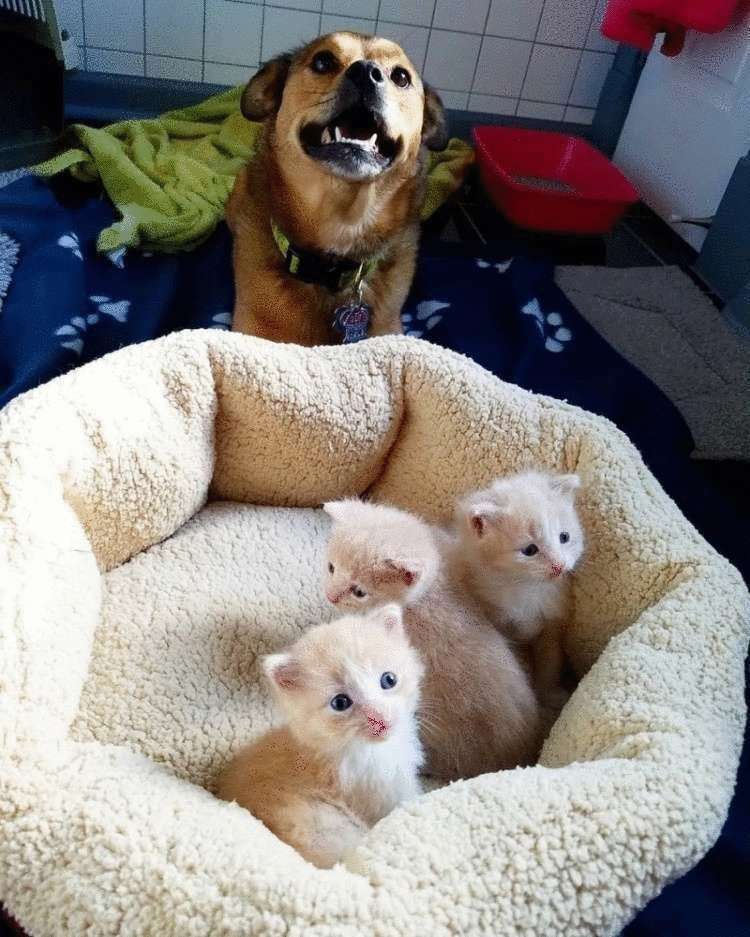 Their mom was nowhere to be found. At the same time, it was clear that the babies had already been on their own for a long time.

After taking all of them, Victoria immediately went to the vet. Then she went home not only with Turbo but also with the kittens. There she organized delicious food and a warm bed for them.

At first, the dog carefully examined the little kittens, but then he began to warm and lick them.

Turbo was constantly with the kittens, and then they fell asleep together.

Today the kittens found by Victoria have grown stronger and stronger. And the girl is looking for a new home for them, since, alas, she cannot keep everyone.

Dog just couldn’t get past the abandoned kittens. Now he loves them as his own babies
Share on Facebook