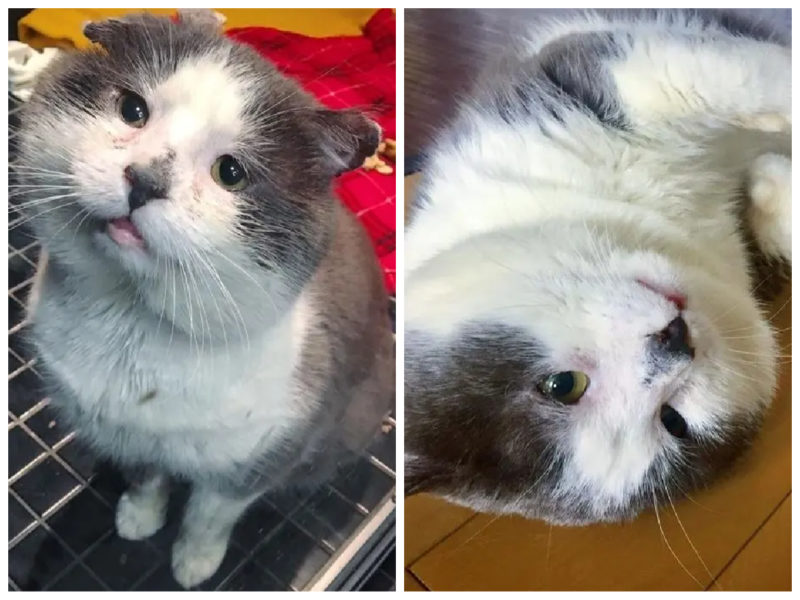 The cat, who spent most of his life on the streets, finally realized his dream.

Meet street cat Barnie. He survived many treacherous winters and used up at least seven of his nine cat lives.

Five months ago, this six-year-old cat was found seriously ill and taken to the vet for a medical examination. Local residents fed him, but no one wanted to go further in their care. He was just the big stray cat that everyone was used to seeing.

Neighbors took him to the vet. It turned out that the cat was not neutered, covered with battle scars and suffering from feline AIDS. His fur coat smelled of urine, and his eyes watered.

Barnie had a stuffy nose and difficulty breathing. Yes, Barnie had a lot of problems. But all he asked for was a few hugs. Barnie received the medical attention he needed. After two months of recovery, he was strong enough to be castrated.

Rescuers Matilda and Patricia supported Barnie throughout the treatment. At first, he was shy and constantly strove to hide from people or noise. But everything changed when he fully felt the love and kindness of caring guardians. “He adapted very quickly and changed a lot in just a few weeks,” the rescuers say.

Barnie is no longer afraid. He trusted people and found happiness. 6 months after the rescue, Barnie’s cherished dream came true. “He found his ideal: responsible people capable of love and compassion,” the rescuers say.

“He talks a lot and follows his foster parents everywhere to get constant attention.”

After years of wandering, Barnie has finally found a place he can call home.

Cat wandered for several years, but in the seventh year of his life, his dream of a warm house came true
Share on Facebook