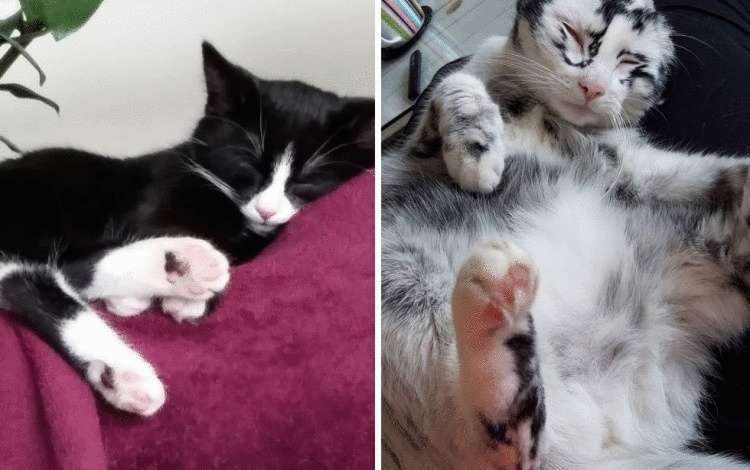 A cat named Ellie was born with the common tuxedo color. After she was one year old, she changed beyond recognition.

Nicole, who lives in Germany, found two four-month-old kittens at a local farm. Their condition left much to be desired.

Nicole had thought about getting a cat long before that, but she could not even imagine that she would find pets in this way, and besides, two more.

Love and careful care worked wonders – the kittens quickly recovered. Both were dressed in black and white, which resembled a tuxedo. 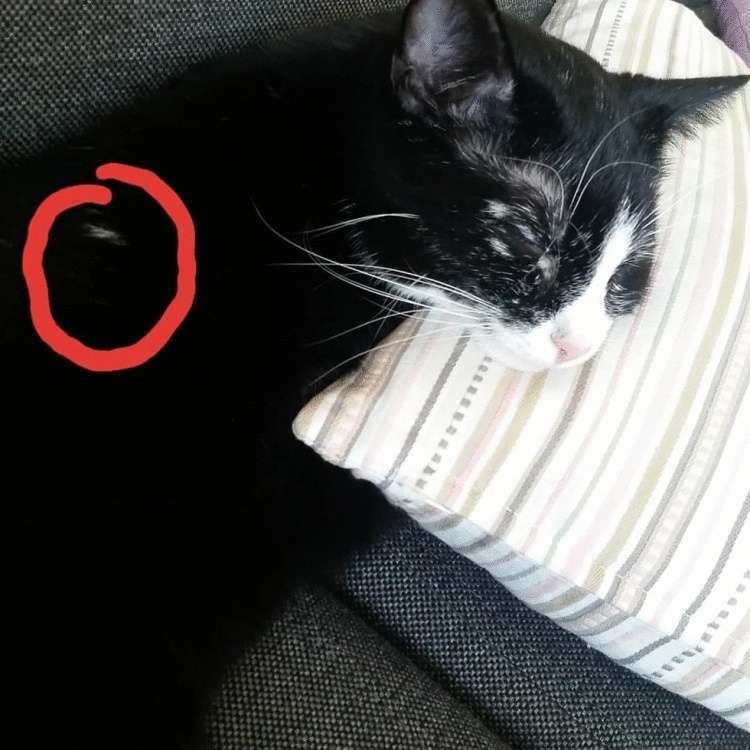 Over time, their number only increased. Nicole decided to take the cat to the vet to find out why the coat color began to change.

The woman was quite surprised when she found out that Ellie suffers from vitiligo, a rare but not dangerous disease. 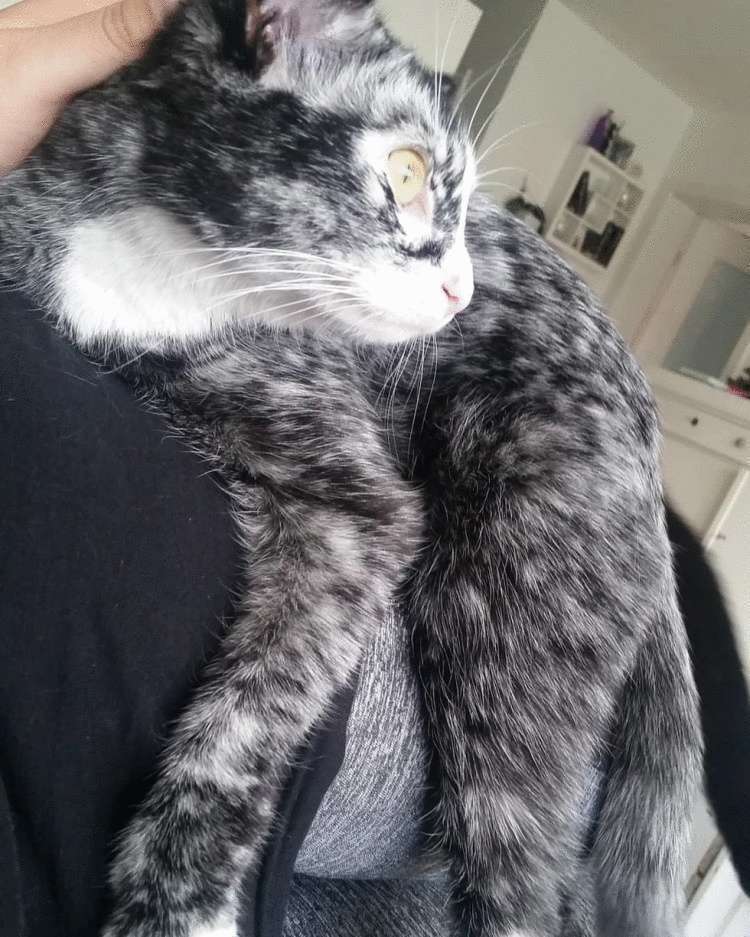 The pigmentation is disrupted, and it is for this reason that the color began to change.

Vitiligo is found in 1% of people on Earth, and even less often in animals. The disease does not bother Ellie in any way, moreover, such a silvery color even adds to the charm of the cat.

People moved and abandoned the pregnant dog, the poor fellow waited for the owners at the door for a whole month