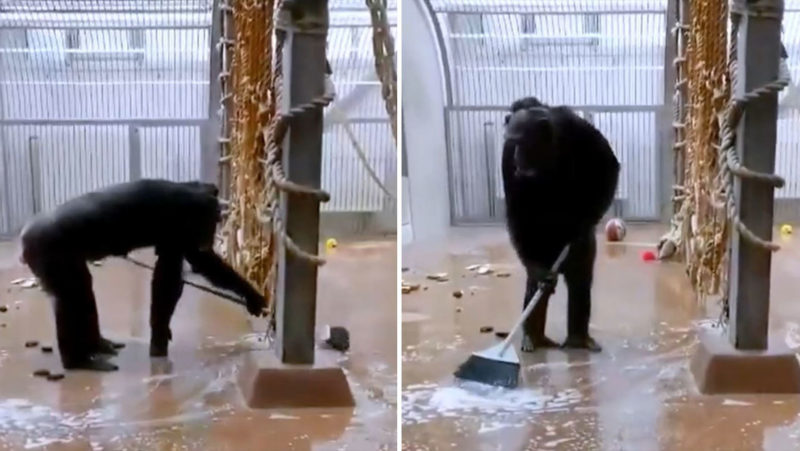 Besides eating a banana and jumping from a tree to a tree, we should know that monkeys are also capable of doing much more

Monkeys are clever animals. Actually, they are cleverer than we think. When they are given the items only we humans use, they figure out how to use them.

A very interesting incident happened in the Tallinn Zoo – one of the workers forgot a cleaning brush in the chimpanzee’s enclosure. And what do you think the primate did? He took this brush and began to clean the aviary on his own! 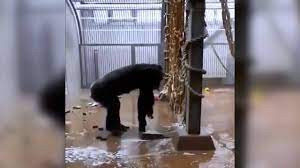 Yes, the cleaning was more problematic than good. But maybe this is just the beginning? After all, the very idea of ​​cleaning requires an already established intelligence. Well, and the fact that the chimpanzee does not yet possess the necessary skills … so it is only for now! 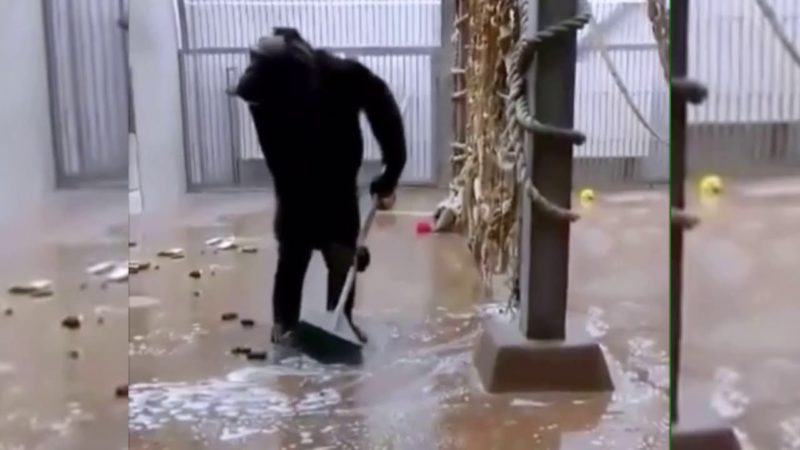 What is important is that the monkey carefully observed the people cleaning, compared the facts and the sequence of actions, understood why this was being done – and then wanted to repeat it! Isn’t such a thing phenomenal?