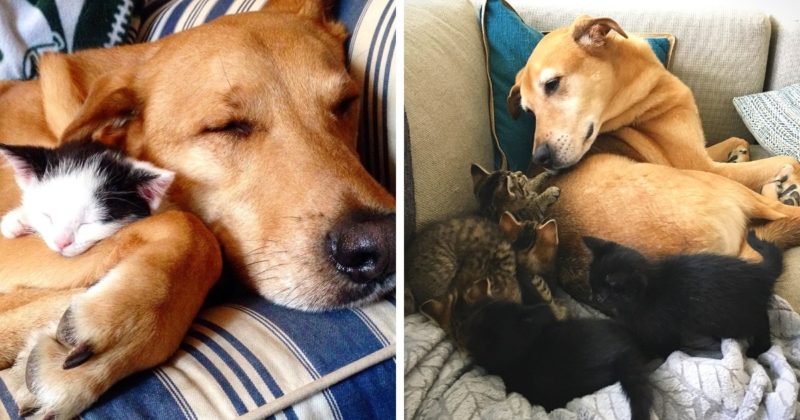 Many people think that cats and dogs hate each other. This theme is often played up in films, cartoons, books.

And in real life, we often see a dog driving a cat up a tree, and a cat, raising its tail, angrily hissing at the dog.

But the heroes of our story are completely different. Richard the dog breaks all stereotypes. He became a real mother for homeless kittens.

Richard is a very smart dog. The owners taught him to turn off the lights and bring beer from the refrigerator. But even such an amazing dog did not have the best fate.

You will be surprised that someone was able to part with such a clever dog. And we will answer – yes, they could. 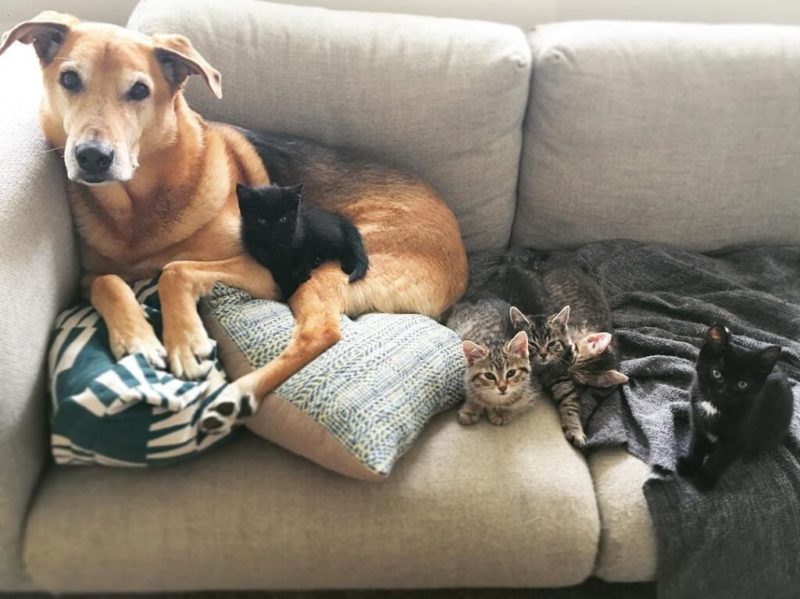 When the current owner saw Richard, he was living in a terrible orphanage and was very unhappy.

The owners of the shelter wanted to put the dog to sleep because there was not enough room in their establishment.

Taking Richard to her, the woman decided to continue helping lonely animals. She undertook to care for the newly born kittens. 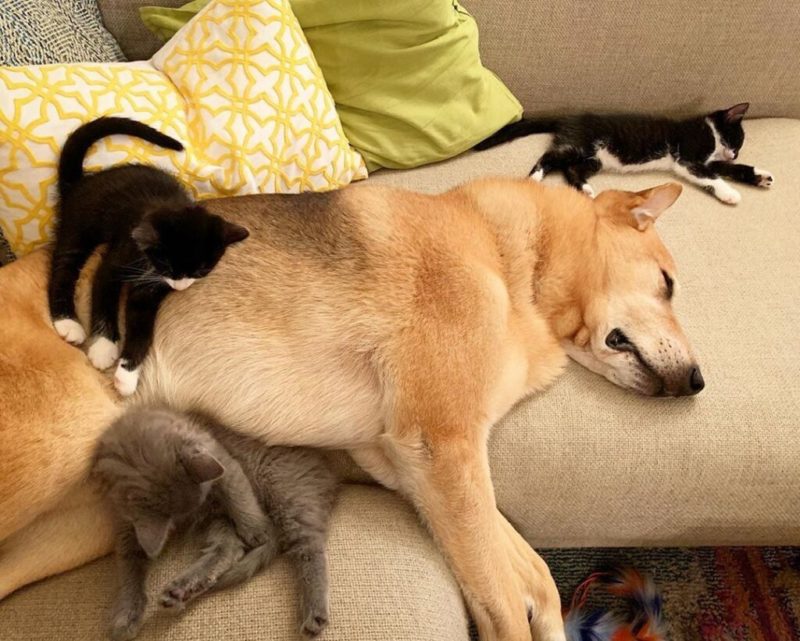 At first, the owner feared that Richard might eat the tiny kitties, but this did not work out at all. The dog has become a real caring mother for the kittens.

This is another proof that friendship can be between any representatives of the animal world.

Woman saved the dog from euthanasia, then the animal began to take care of the orphaned kittens
Share on Facebook

To find some food a street cat set off and arrived in the zoo, where she made a close friendship with a lynx