By chance, her gaze fell on a tiny kitty that was all alone. The kitten was the youngest of all and really needed a home.

Jess could not leave him alone and decided to take him along with the other three kittens.

The kitten was named Frankenstein, abbreviated as Frankie. The baby quickly settled in a new home. His weight was only 250 g, so Jess looked after him intensively and bottle-fed him around the clock.

Frankie quickly became friends with his half-siblings. He liked the autumn to be in the company of the same fluffy ones like him. 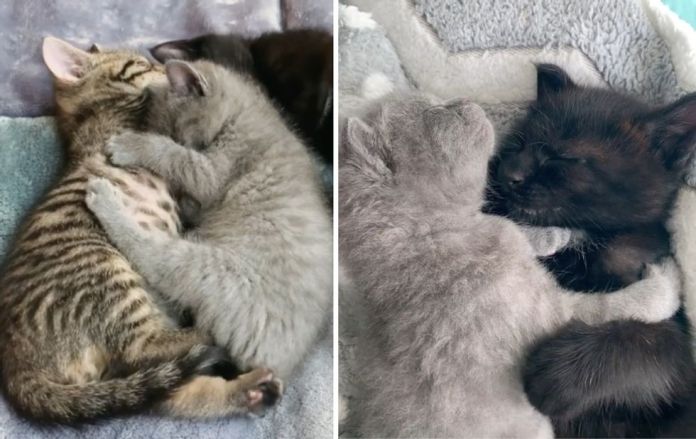 The kittens also fell in love with him as a dear, and he fits perfectly into their company.

Frankie imitated kittens in everything: running, walking and playing.

He did not lose confidence in his abilities, even if he stumbled and fell.

After a full day of running around, he snuggled up to his sister and brothers and fell asleep quietly, purring. 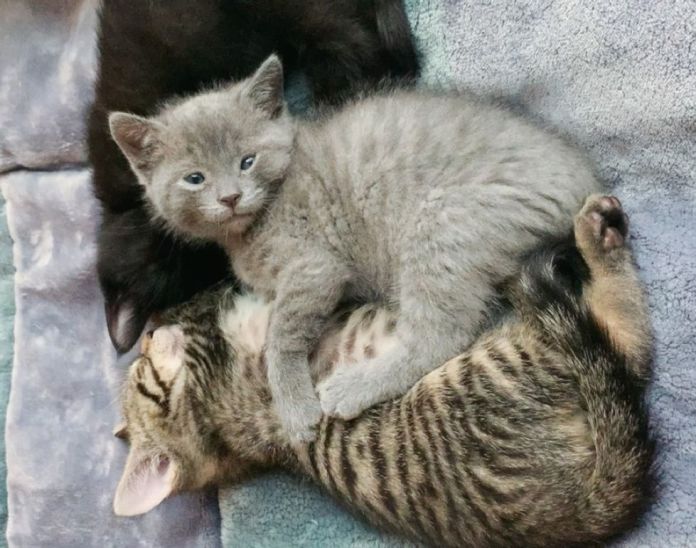 Frank is still the smallest in the cat party, but he has a huge heart that is filled with love and tenderness.

Jess admits that as soon as she first met Frankie, she immediately realized that she had to help him. Now the kitten is just thriving. He enjoys playing with other kittens and is friends with them.

“I’m a valuable find!” The red cat figured out how to achieve universal admiration and praise