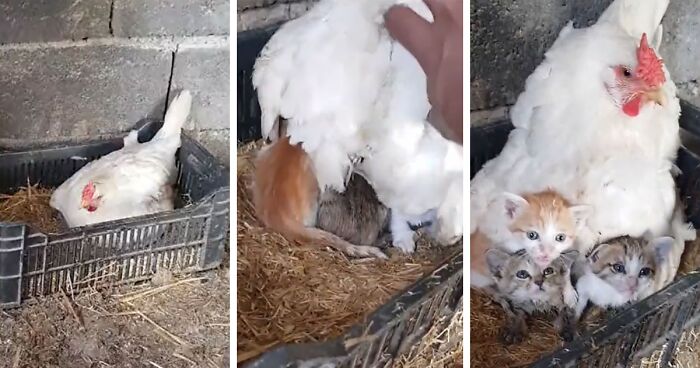 “Parents–not those who gave birth, but those who raised and brought up, right?”

Controversial statement. Especially in the case on the farm of a farmer from Kurdistan Goran Surchi. He had to be convinced of this from his own experience. And it was like this …

He walked past the chicken coop and heard incomprehensible sounds coming from there. It seemed to be like from a laying hen. “But I didn’t do the clutch, did I?” He wondered.

Goran examined the hen’s coop and was shocked – from under the wings of a brood hen protruded … tails. Three kittens were sitting there, warming up! 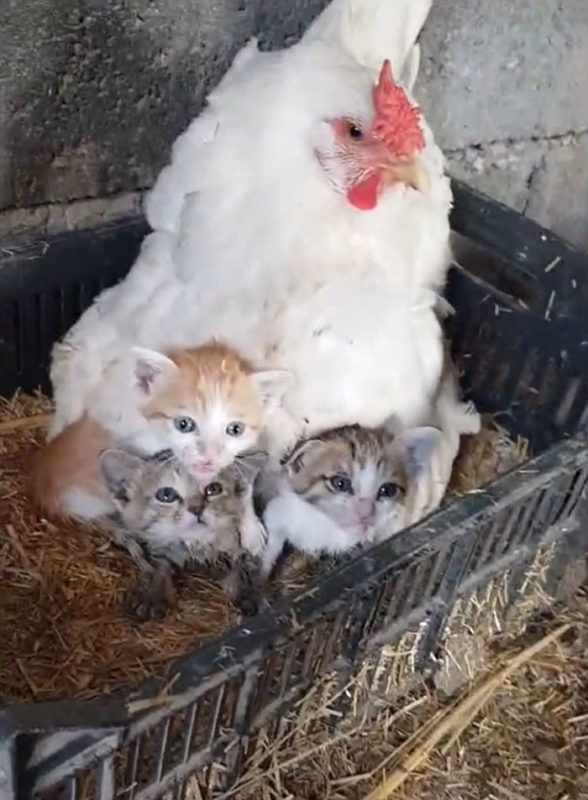 Moreover, there were no cats on the farm, Surchi knew that for sure. Therefore, this meow from under the chicken feathers puzzled him.

But the kittens looked so unhappy, thin and hungry that the farmer decided to be on the farm three more “heads” now. They will not overeat. And they will certainly benefit, in exchange for warmth and care from the owner. 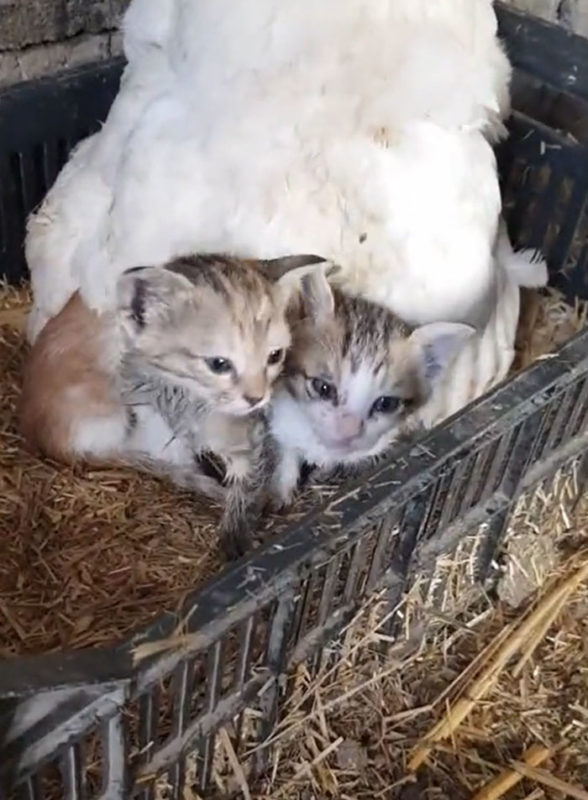 For no matter how maternal instincts awakened in the chicken, she could not feed the kittens in any case. So the first thing that the tails received from a person is milk. And there, further, it will be seen.