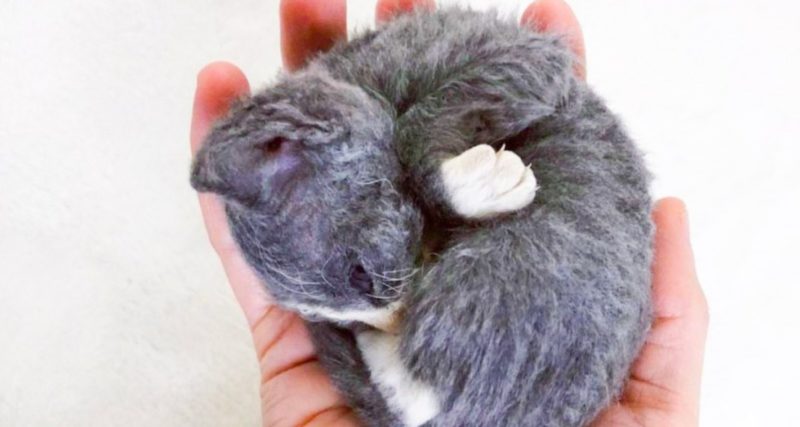 Amanda is a volunteer in a homeless cat shelter. Once life brought her to a very unusual cat. And it was like that.

A soaked cardboard box was taken to the shelter in Broward County. There were a young cat and 4 kittens.

Three of them were quite standard, fluffy, the fourth looked unusual and resembled a Devon Rex cat. The kitten looked more like a plush toy.

Amanda adopted the entire small cat family. The unusual cat received the nickname Meesiks. The cat became very attached to Amanda, she to him too. 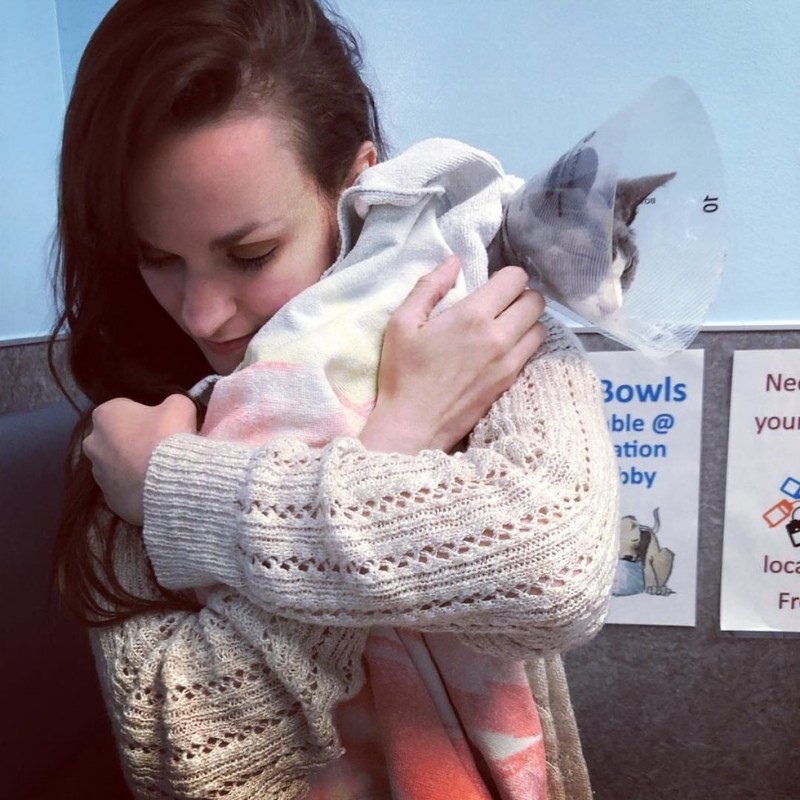 But not everything was so rosy. Analyzes showed that all the babies were sick with distemper, that is, panleukopenia.

For kittens of this age, the disease is very dangerous, so many animals simply do not survive after it. But Amanda decided to fight for her pet and his brothers to the end. 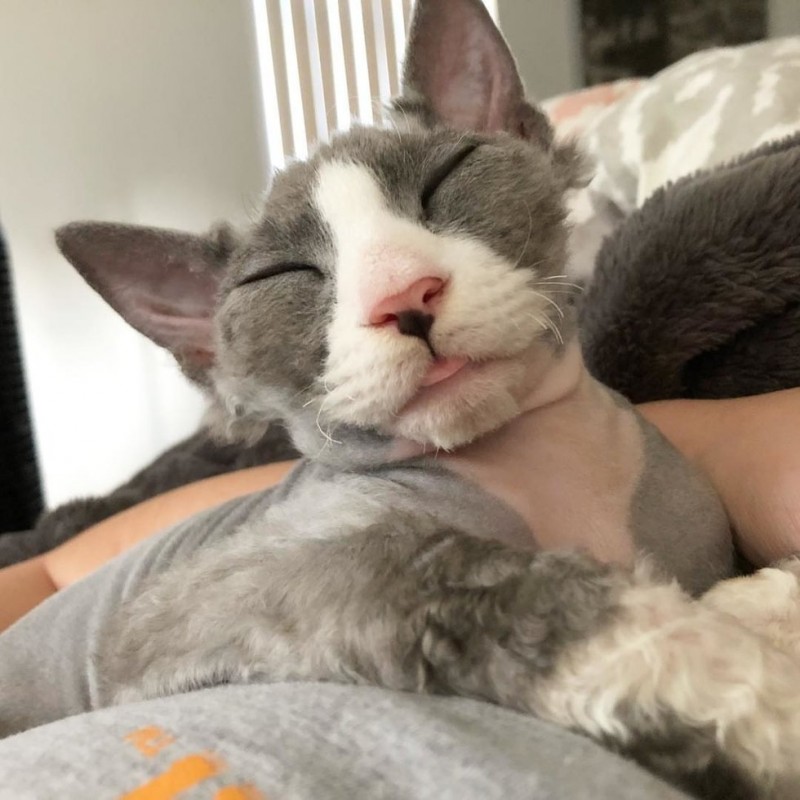 She really did not sleep for a whole week and nursed the kittens, as a result, they all survived and began to recover.

But what about Meesiks? Amanda kept it for herself. As it turned out later, the kitten has other health problems, so he simply needs a caring owner. Thanks to Amanda, the kitten has been given a second chance for life.