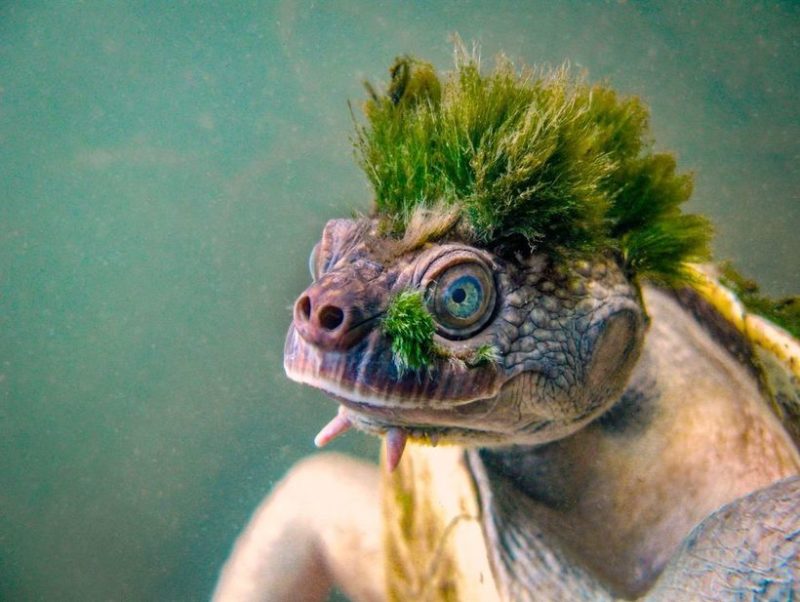 The Australian continent has long gained fame thanks to its special inhabitants, among them Elusor macrurus turtles with bright green hair. They are very ancient and live in only one body of water – the Mary River, which flows in the southeast of Queensland.

Despite the bright appearance and the fact that this is one of the largest freshwater turtles on the continent, this species was studied just a few decades ago. 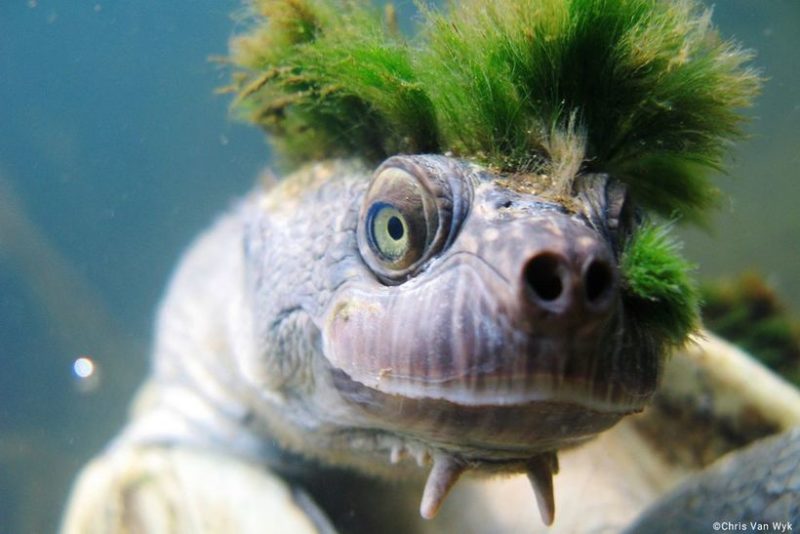 The fact is that turtles from the Mary River have one feature: they can breathe through the cloaca while in the water. Thanks to this arrangement of the respiratory system, turtles rarely appear on the surface.

Well, as for the thick green hair, it is not hair at all, but … algae. They cover the head and sometimes the shell of the tortoise. Also, Elusor macrurus has a mustache, and males have a very long tail, the purpose of which scientists still cannot explain. 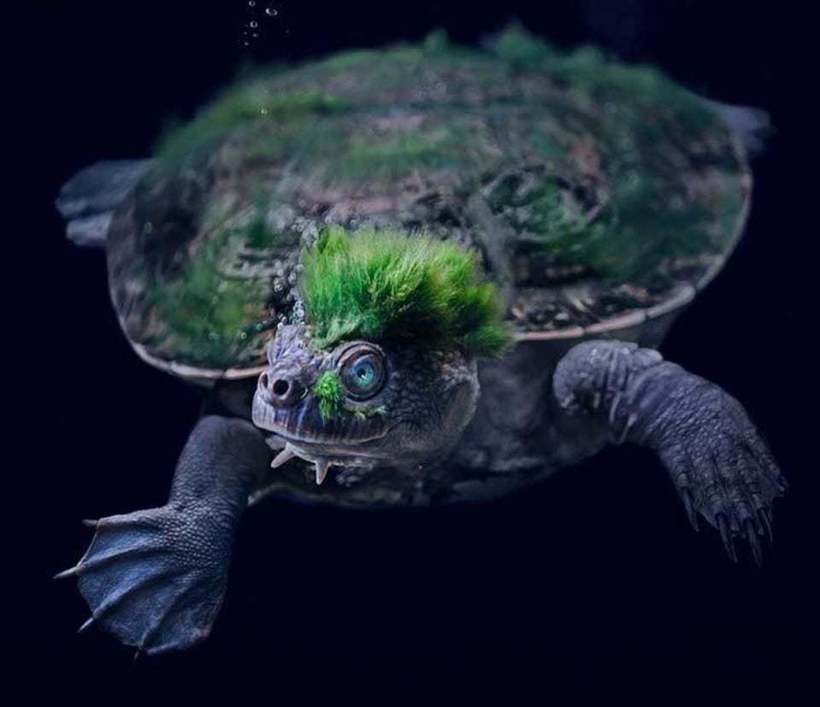 Now this species is endangered, one of the reasons is just the turtle trade.

And the second reason is that these inhabitants of the Australian continent reach puberty for a very long time: about a quarter of a century passes between birth and the first nesting.

Caracal kittens are one of the most wonderful creatures on Earth. Just admire their beauty