It’s no secret that in addition to having fun, dogs bring a lot of trouble to their owners because they are masters of chewing something and often become participants in funny stories.

Two restless creatures live in the Jordan family – these are the black mestizos of the Labrador Bull and Bear, and the pets justify their names.

One day, the courier left the car open while he was delivering mail, and these comrades took advantage of the situation. They climbed into the car and ate his lunch.

It is not known whether the postman was angry with these thieves, but he left a note for the owners, which turned out to be not angry, but very sweet.

Carol, the owner of the dogs, posted this note on her Facebook, and the post went viral. But the owners did not stop there and decided that it would be nice to apologize and compensate for the damage that their pets caused to the postman’s lunch (including for the carrots that the dogs immediately spat out on the lawn). 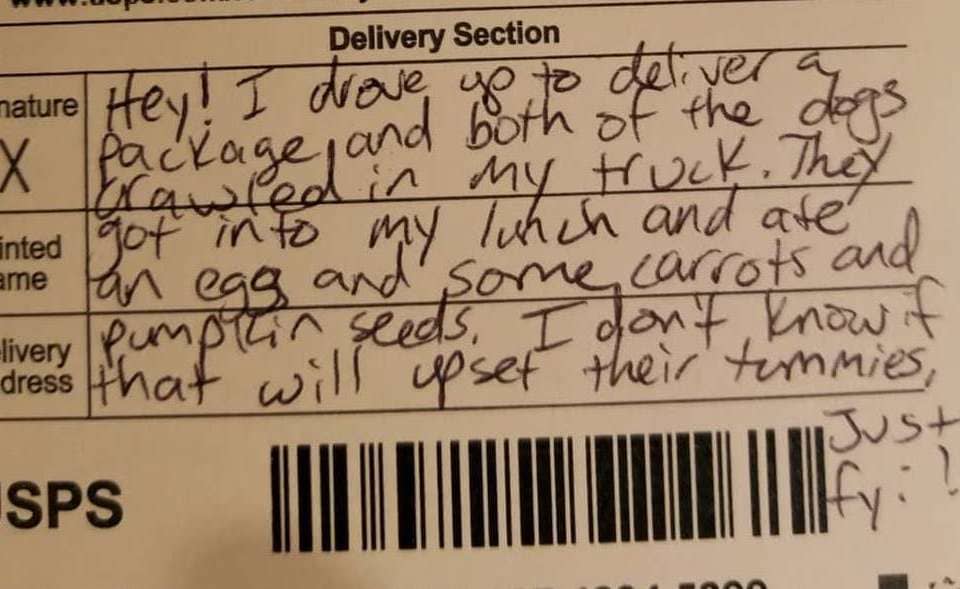 The dog owners were touched by the postman’s note and decided to apologize by giving a small gift for him to the post office.

It was an apology card on behalf of the dogs and a certificate for lunch. 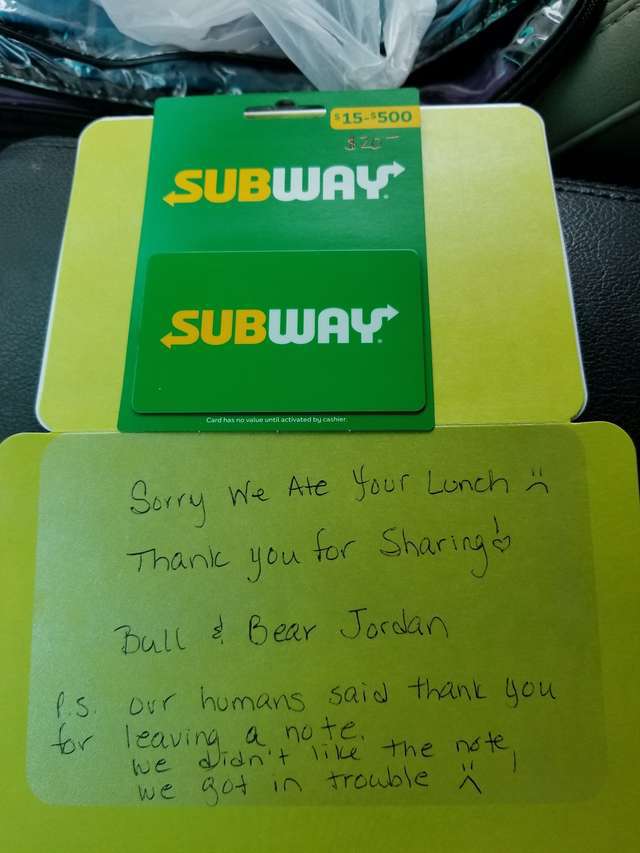 Whether the dogs actually repented is known only to themselves, but certainly not.

The owners are great, we hope that the courier is now definitely not offended and will continue to close the car, otherwise you never know who else can get into it.

Two dogs stole lunch from the postman, and he left a nice note. The owners did not remain in debt
Share on Facebook