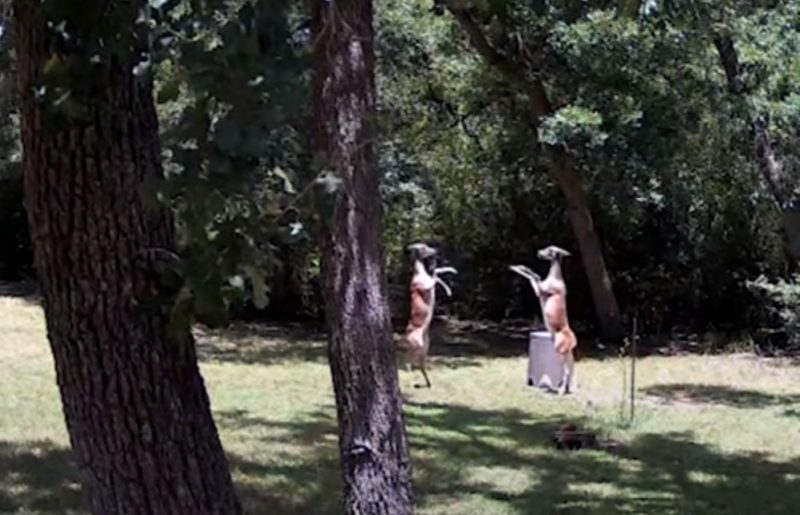 The Macmillan family often goes on vacations at their Texas ranch. Reindeer often come to the house, and people, in turn, leave them food.

Recently, a unique scene of a battle between two deer was captured on CCTV cameras.

Having collided near the feeder, the animals took a “fighting stance”: standing on their hind legs, they began to move around the site, frightening each other with chaotic movements of their front paws.

The blows did not reach the goal for a long time, and the opposition itself was more like a dance. In the end, one of the females was still able to hit the rival, and she immediately rode off. 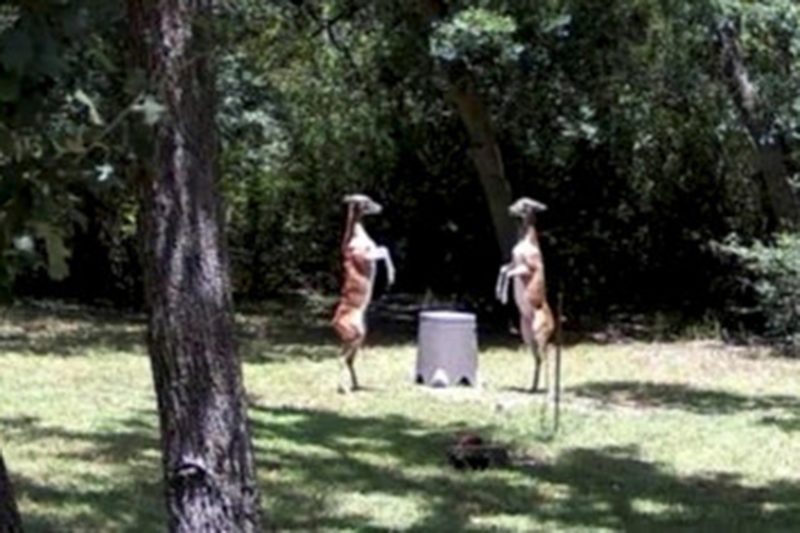 It was especially surprising that the deer were not hungry, and there would be enough food in the trough for everyone.

The author of the video says that males are often in the frame, fighting with each other, but the battle of females, funny and meaningless, was a big surprise. 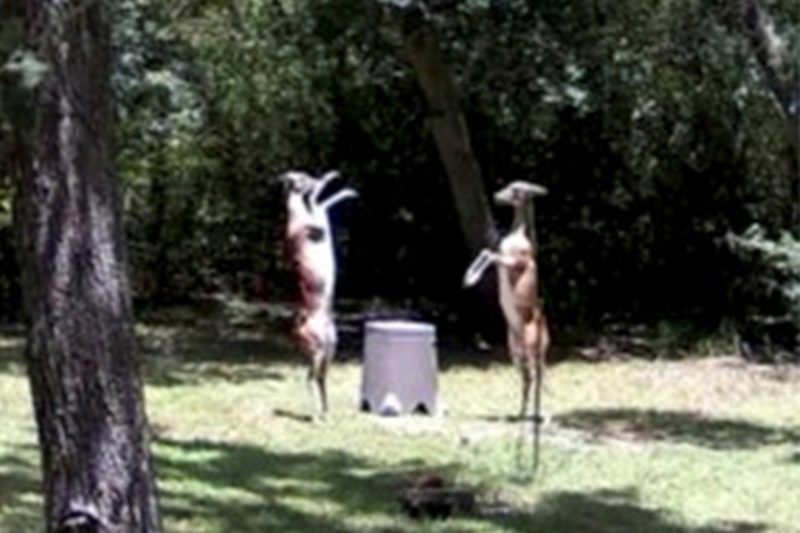 In the same conflict situations, male deer act much more decisively, and their blows are more accurate and powerful.

However, it is more difficult for them to fight: in the heat of battle, they often tightly interlock their horns.

This looks serious. Let’s hope that the two deer didn’t hurt each other.

Guy decided to make friends with a blind cat who was afraid of everyone. He chose an original way for this