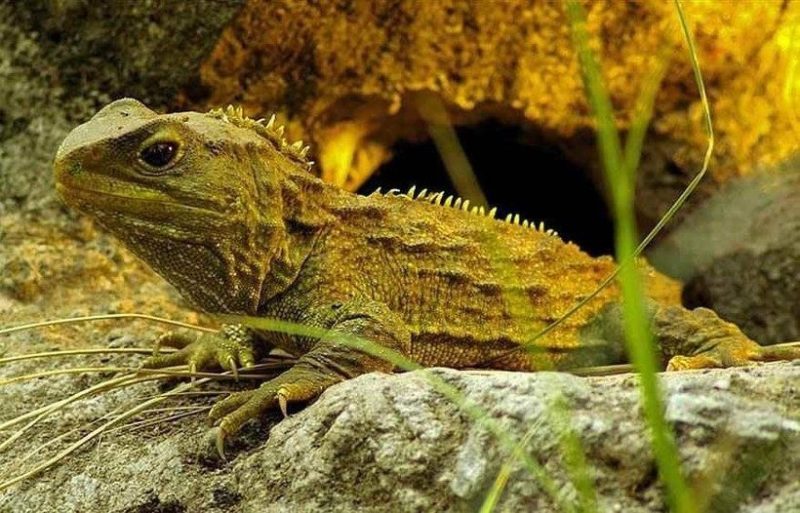 Outwardly, this rare reptile is very similar to iguanas or lizards, but the first impression is deceptive. Tuatara is in many ways a special reptile that is unlike all of its relatives.

She has many oddities, but the most important thing is her unique genes: recent studies show that the tuatara not only differs from its relatives but is generally far from all organisms currently living on Earth.

Hatteria, or tuatara has survived only in one place on the planet. These are 35 small islands belonging to New Zealand and located near the North Island. 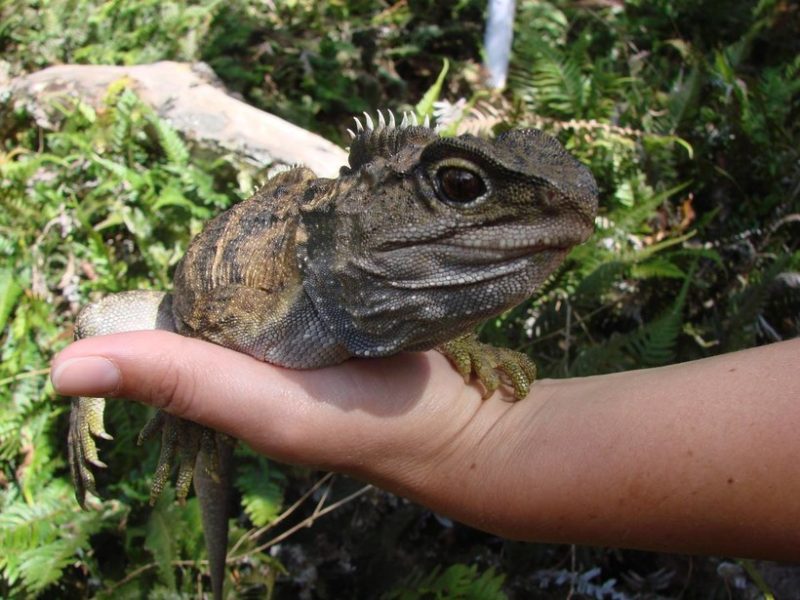 Once the tuatara also lived on the largest islands of this country, on the South and North, but now the range has narrowed to a group of small islands. Despite this, the population of the species is stable, and the tuatara, fortunately, does not belong to endangered animals.

This is a fairly large reptile, the size of which reaches an average of 0.5 meters. On the back of the hatteria there are peculiar spikes, like those of crocodiles, and on the head, there is a well-developed parietal eye – a specific organ, the purpose of which is not completely clear.

It is known that this eye is able to capture light and participate in thermoregulation, but the underlying mechanisms of its functioning are not yet clear to scientists. In addition, the tuatara can live without air for an hour and withstand temperatures that are quite low for an inhabitant of the subtropics.

But the most striking thing is its life cycle. Reaching the breeding season only by 15 years and even later, the tuatara lives an amazingly long life.

During the time that the tuatara grows to adulthood, many of its relatives already have time to leave more than one offspring and even die. But the hatteria is not one of those: it comes to this world for a long time, living up to 100 years.

Scientists have found that the tuatara genome is 50% larger than the human genome, and the set of these genes is amazing and unlike anything else.

If we rely only on genetic data, then the tuatara will have to be separated into a separate class of animals, which combines the features of reptiles, birds and mammals.

This animal shares 4% of its genes with reptiles, 1% with placental mammals and 10% with Australian egg-laying animals, echidnas and platypuses. This is very interesting and indicates a specific evolutionary path for this species.