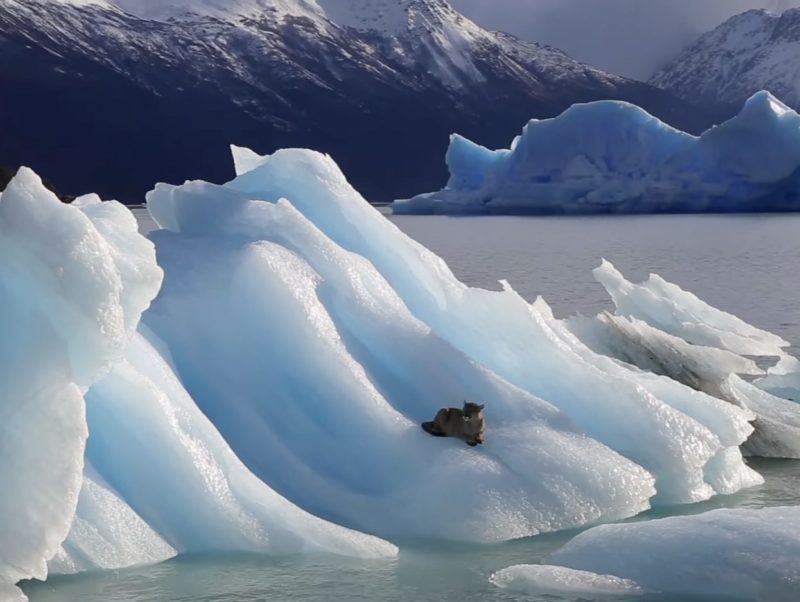 Tourists were enjoying Patagonia’s beautiful landscape from a boat when they suddenly saw a puma laying on an iceberg. The sight was so exceptional that everybody started filming it.

It was so odd and strange that people were trying to give an explanation for what they saw.

In Argentina’s Patagonia in Lake Argentino boaters were enjoying the magnificent view of icebergs and they had no clue that a puma might rest on an ice surface.

The question was how a wild animal such as puma could take a rest on an iceberg? Of course, puma belongs to those animals that can swim but it was absolutely out of imagination to see one of them in the middle of a lake, especially on an iceberg. 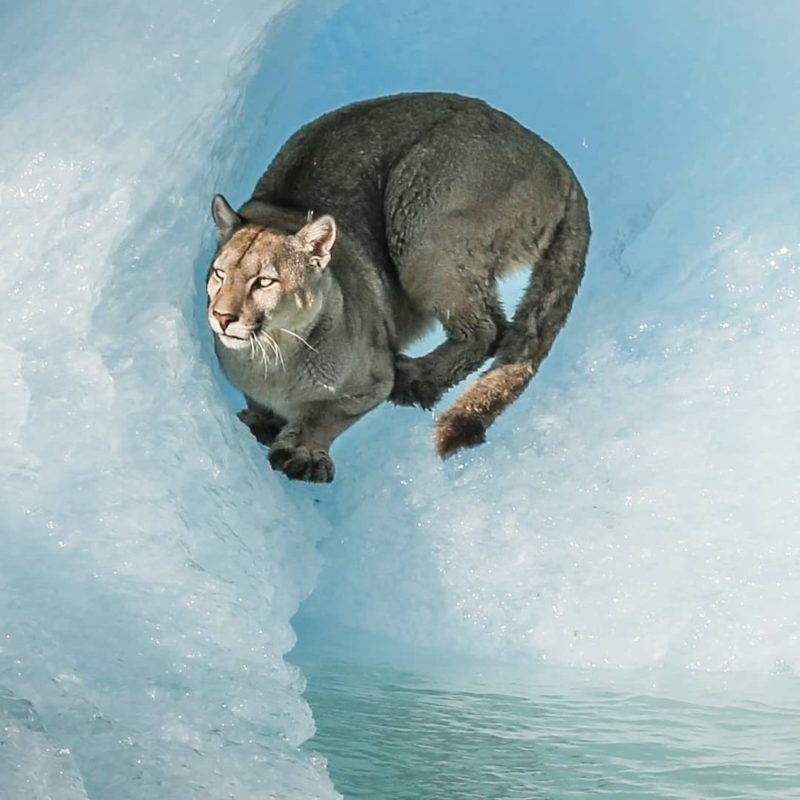 The puma was all alone. Park rangers explained that the puma might be exhausted from swimming because the lake is deep, so he decided to rest a bit. 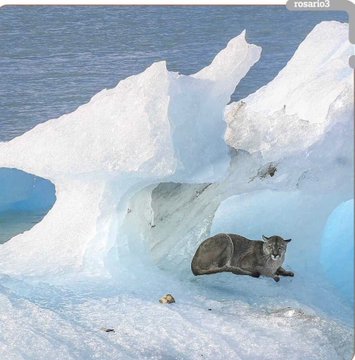 The small icebergs move in the direction the wind blows. Park workers were sure the glacier would approach the coast letting the puma reach the land!