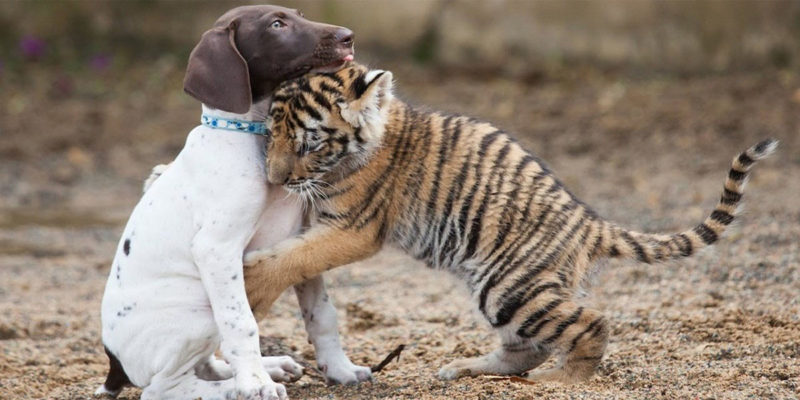 They say that a cat and a dog can be friends for themselves if they were born at the same time and grew up together. So, a tiger and a dog can also be friendly under the same conditions. Still, a tiger is the same cat as any other.

This story took place in Pretoria (South Africa), in one of the local reserves. A puppy named Chelsea and a tiger named Hunter live here. The puppy is a little older than the tiger, and at this age, the difference is still very noticeable. 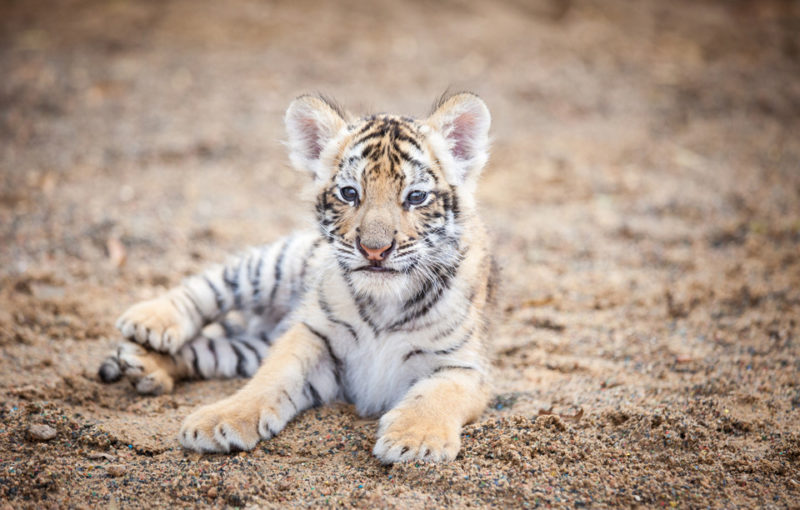 Hunter was born in the reserve, but it so happened that his mother did not have a maternal instinct at all, and she showed aggression towards the little cat. Zoo workers separated the cub from his mother to save his life.

It was then that the young Chelsea appeared in the life of the kitten. So they became inseparable. Like all children, they play all day: the tiger cub loves to jump over the puppy, and the puppy actively pushes him. 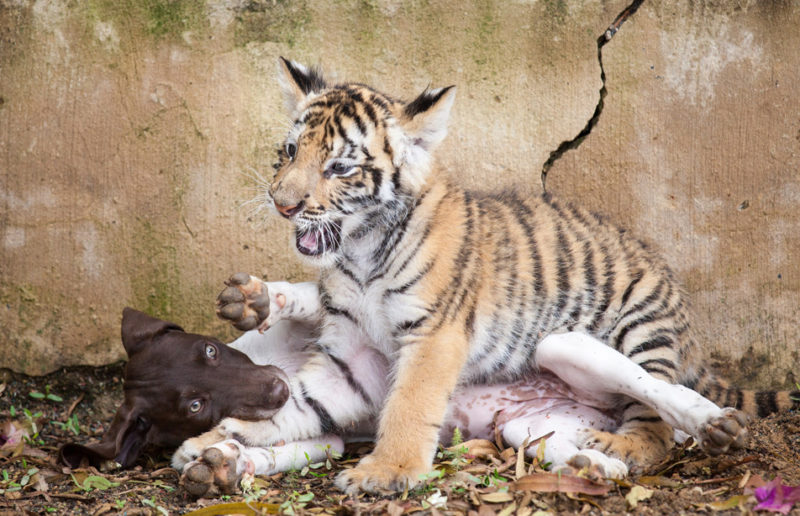 The tiger cub has no brothers and sisters, but there is a four-legged friend and companion in games. Unfortunately, in half a year the workers of the reserve will have to separate the couple because the tiger will clearly surpass the puppy in the weight category.

Tiger cub was ignored by his mother but instead, he found a friend that is a great playmate
Share on Facebook