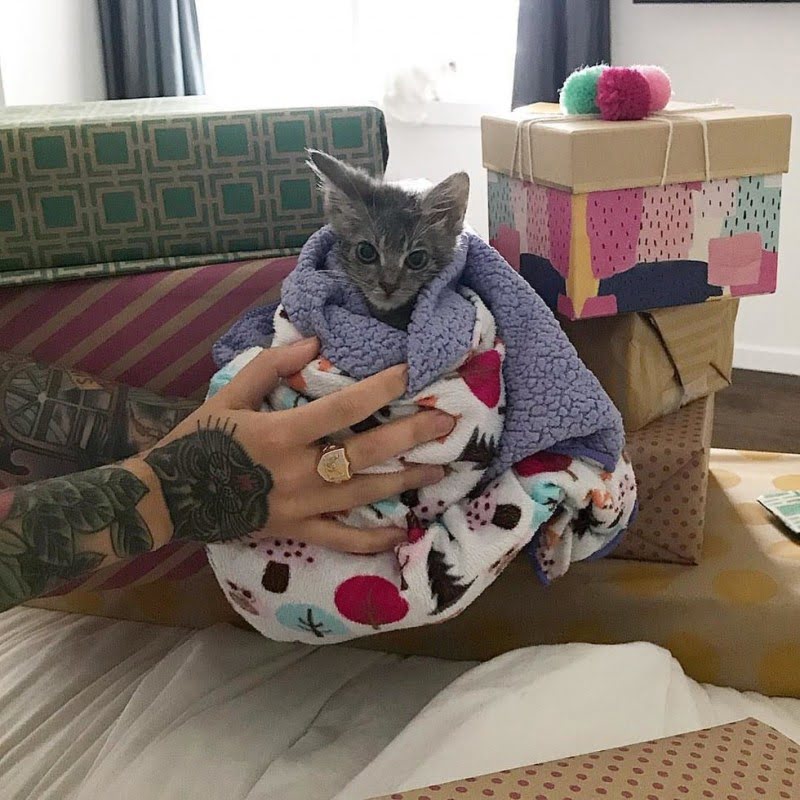 Some time ago, two kittens, a black and a striped were delivered from the street to the Orphan Kitten Club, a private rescue community for kittens.

They turned out to be the same age and apparently from the same litter, but the black one looked much larger than the striped one, which was quite weak and skinny. 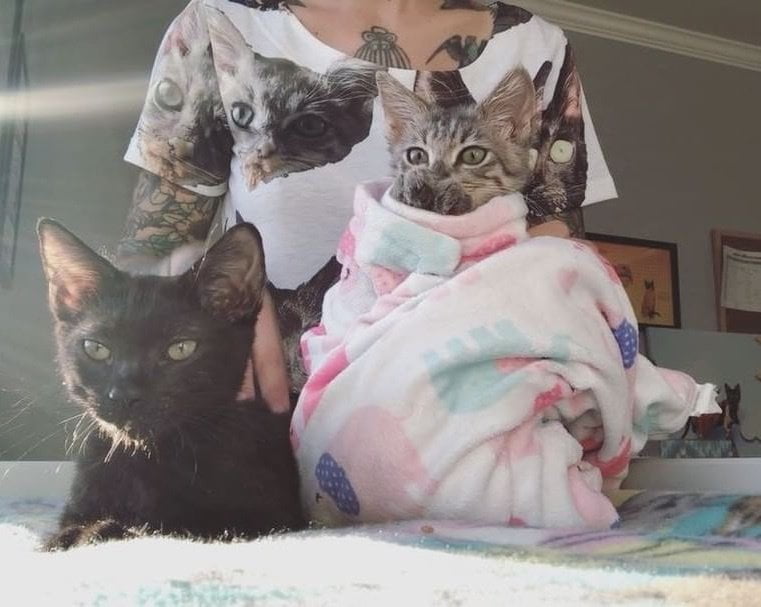 Very quickly, they realized that the exhaustion of the tiny kitten, who was given the nickname Jumbo, was not just a consequence of a lack of food.

When examined by a veterinarian, it turned out that Jumbo had a rare congenital anomaly of the esophagus called megaesophagus. With this anomaly, the esophagus is dilated and poorly pushes food into the stomach. 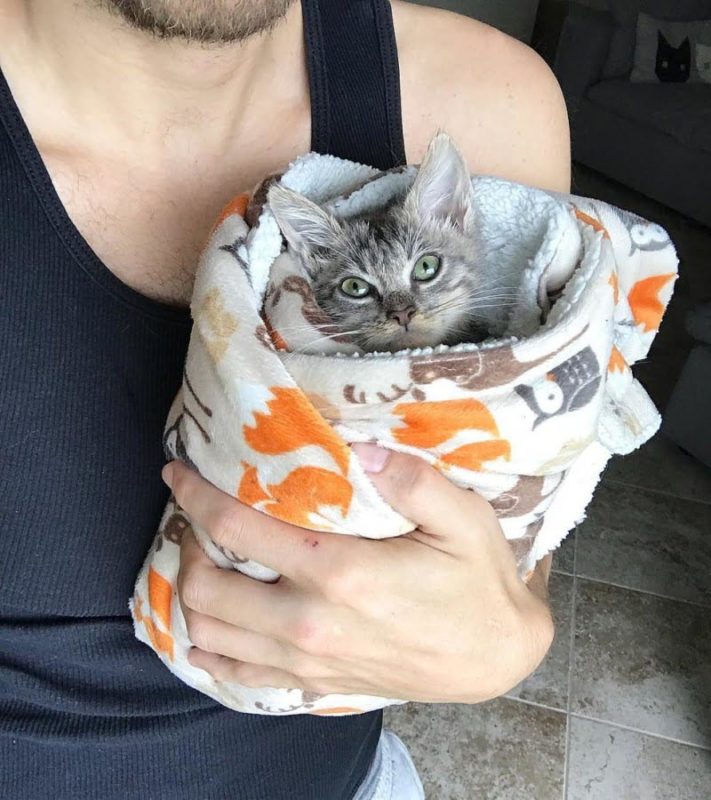 To do this, immediately after eating, the kitten should be kept in an upright position for about 15-20 minutes. This will help food slide into the stomach under the influence of gravity.

For convenience, the owners of the kitten, Hannah and Andrew began wrapping Jumbo in a towel, turning him into an adorable “purrito”.

In the United States, kittens wrapped in a towel are often referred to by the cute word “purrito”. This is a combination of words from “purr” – to purr and “burrito” – a Mexican tortilla with a filling.

Despite that Jumbo’s condition is such that this condition may be for him for life, Hanna does not despair and she has the hope that in the future the kitten may have surgery or other treatment.