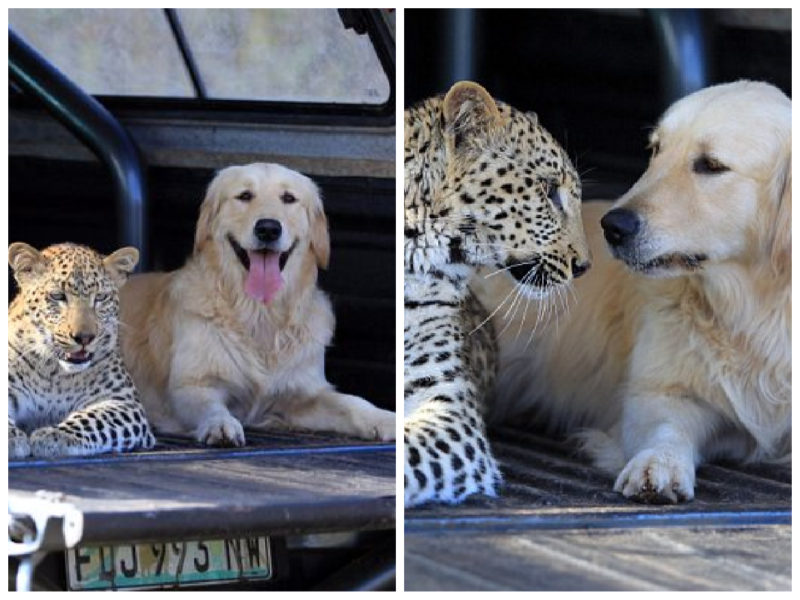 A cat chasing a dog is not a thing that you will see every day. Usually, it’s the contrary, a dog chases a cat. But in this story, things are a little different because the cat is not an ordinary one. It is a predator known as a leopard.

Salati was a cub when she tragically lost her mom. She was taken to an animal care center in South Africa. It was hard for the orphaned cub to socialize with other animals. 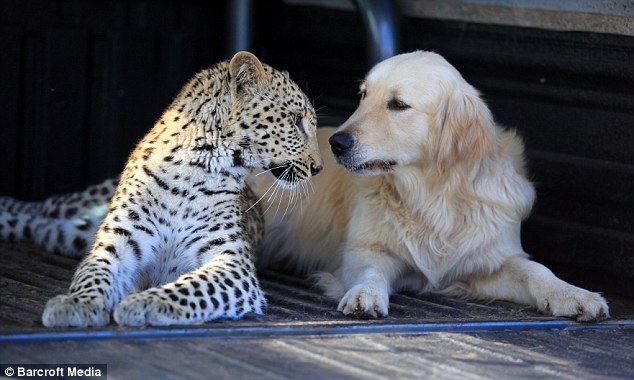 So the specialists found her the most gentle and loving soul – a dog named Tommy.

The Golden Retriever immediately took the orphaned cat under his care and since then they have been good friends.

But a wild cat, especially a leopard can’t always stay tiny. Growing up, Salati has become times bigger than Tommy. 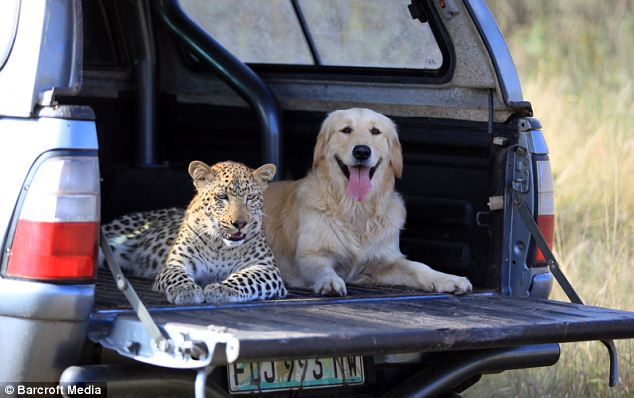 However, their sizes don’t limit them to continue playing with each other as baby animals.

The lovely part about these two unlikely friends is the energy they carry. These two never get bored with each other. They do exercise, eat together and again continue chasing each other. 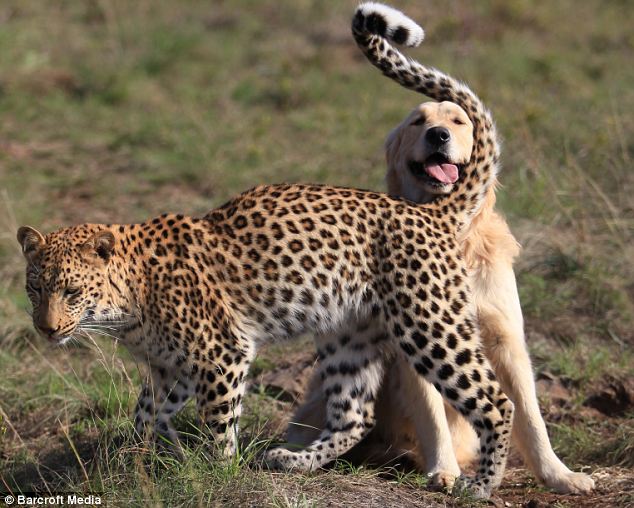 The leopard refuses to play with other leopards. She has her best friend Tommy.

This story may inspire filmmaker companies to think about a story about a cat and dog movie.

This is Glee, the queen and the keeper of the Cathedral of Hagia Sophia