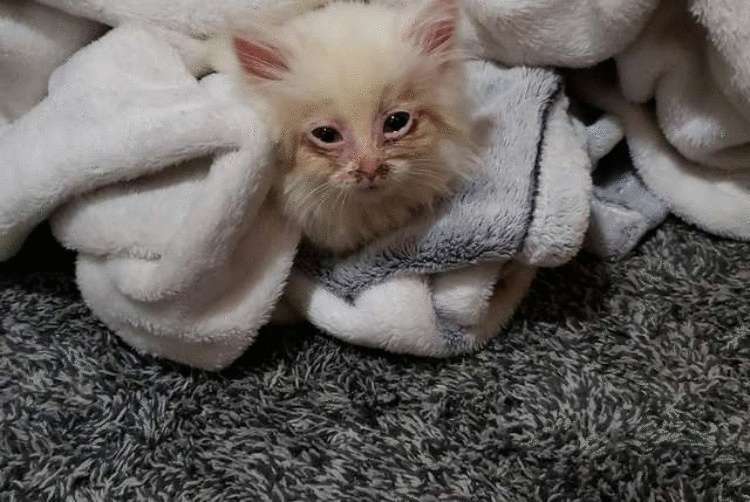 The Gert family found a small stray cat on the street. The foundling was named Nimbus. She had problems from birth – her eyes were covered with crusts from the disease and she did not see anything.

Perhaps the period of blindness that the cat went through influenced her character so much. The fluffy baby behaves like a formidable large animal.

The family takes care of the foundling. The spouses also have two huge dogs and several adult cats. When the kitty was washed and fed, it was time to get acquainted with the rest of the inhabitants of the house.

The tiny fluffy creature behaved completely unexpectedly – the kitty took a frightening pose, fluffed up its fur and began to growl. 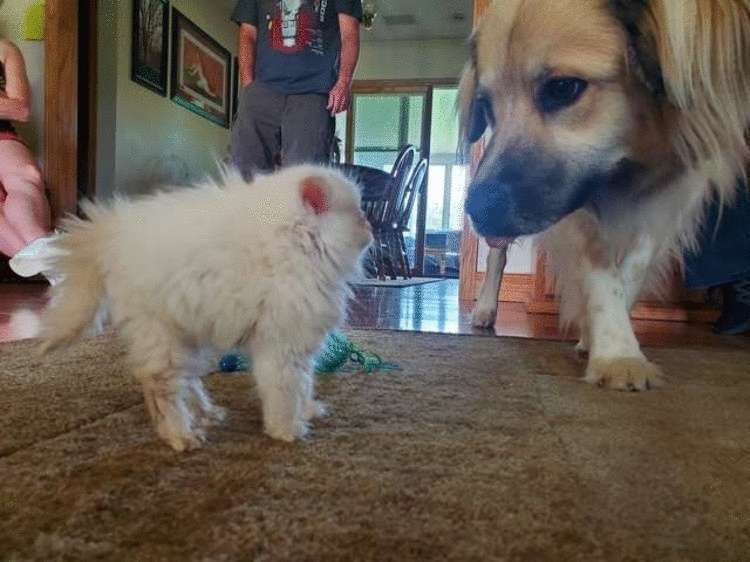 The pets of the Gert family were simply afraid to approach her. Only the largest dog named Zeth knew how to react. He realized that the kitty just needs protection and took her under his wing. Nimbus reciprocated the new friend. 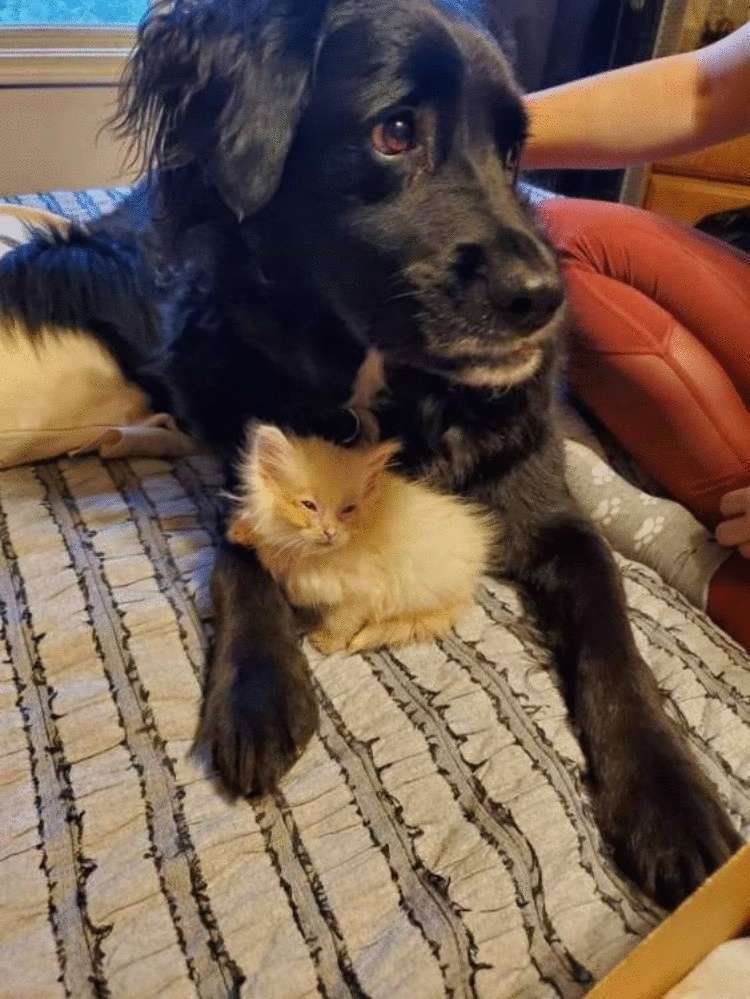 Now she is no longer afraid of the environment. But sometimes, when it seems to her that she is in danger, the kitty takes frightening poses and makes angry sounds.

What luck that Zeth is near Nimbus! He doesn’t let anyone hurt his tiny friend.

This family found a homeless kitten on the street, unaware of its extraordinary ability
Share on Facebook

Fox was found in a trap and rescued! Now she considers herself a pet: she eats dry food, walks with a leash and sleeps in a basket