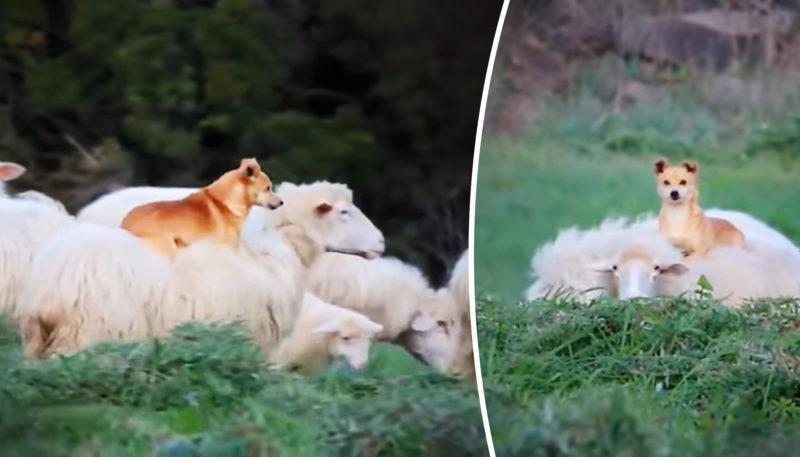 Dogs are often used to guard sheep because these animals are energetic and have excellent intelligence. They run around the herd, bark and sometimes drive away uninvited guests – predators.

These are the direct duties of our today’s hero from Italy, who, nevertheless, decided to neglect them and, while no one sees, take a little rest … riding a sheep!

True, the tailed one could not expect that a minute of his idleness would be filmed on camera! 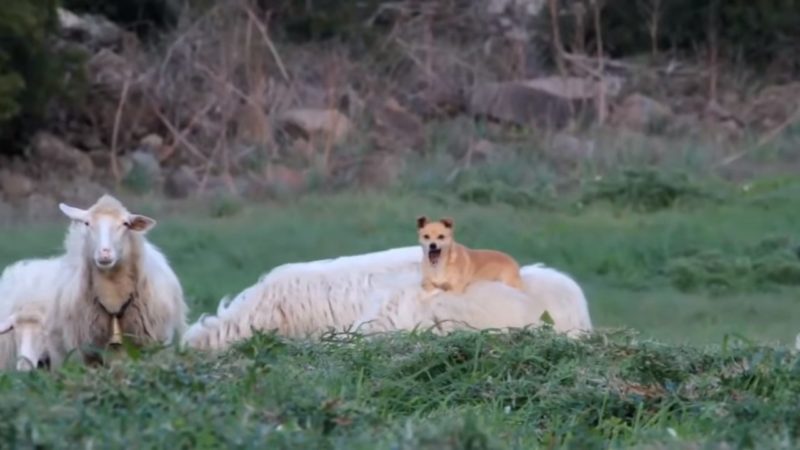 The dog is resting or developing a new surveillance technique – it’s hard to make out, but his owners still laughed heartily.

For some time people spied on the pet, and when they jumped out from behind a grassy hill, the dog, lying on the backs of lazily swaying sheep, barked loudly, either from surprise or shame at being caught. 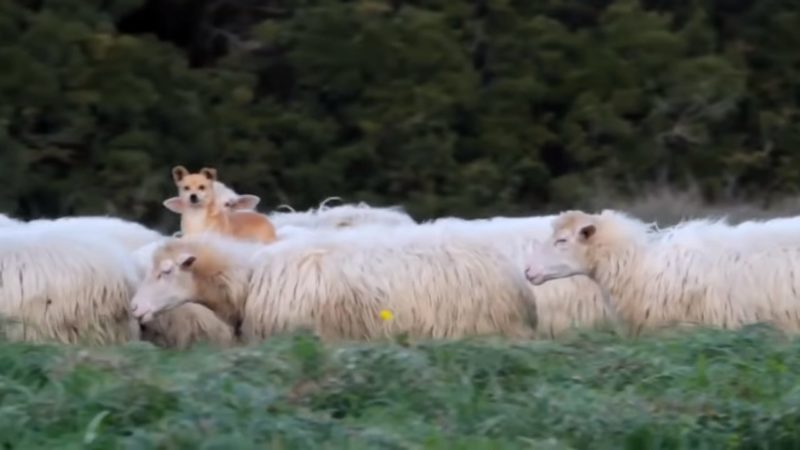 The dog herself probably thinks she has invented an innovative way to protect sheep: by climbing on the back of the highest one, she can peacefully watch the herd from above!

People could not believe their eyes and burst into laughter, which the dog was clearly very indignant at, however, not so much to descend from the furry throne.

Instead, she continued to bark as the sleepy herd slowly moved on, carrying the mischievous puppy with them.

This sight is so funny that it’s hard to take your eyes off the tiny dog! Take a look:

This dog found out how to work and rest at the same time: she simply climbs sheep’s back
Share on Facebook