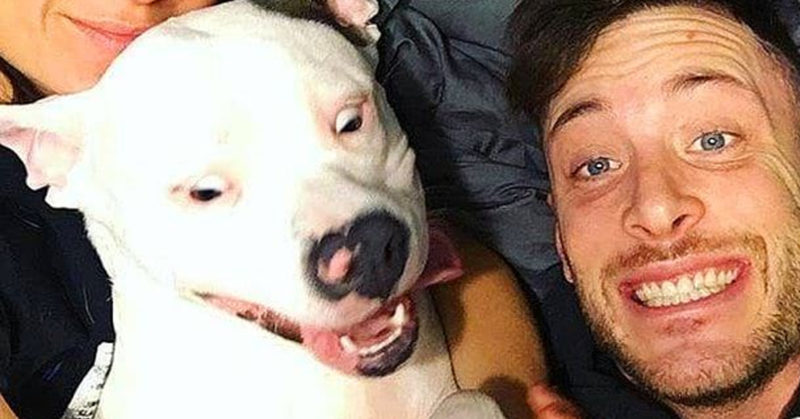 Den and Megan have long dreamed of adopting a dog, but before buying a home, they did not have permission from landlords.

And finally, they went to a dog shelter, where the guys looked after a very cute and friendly American Bulldog named Sir Wiggleton. 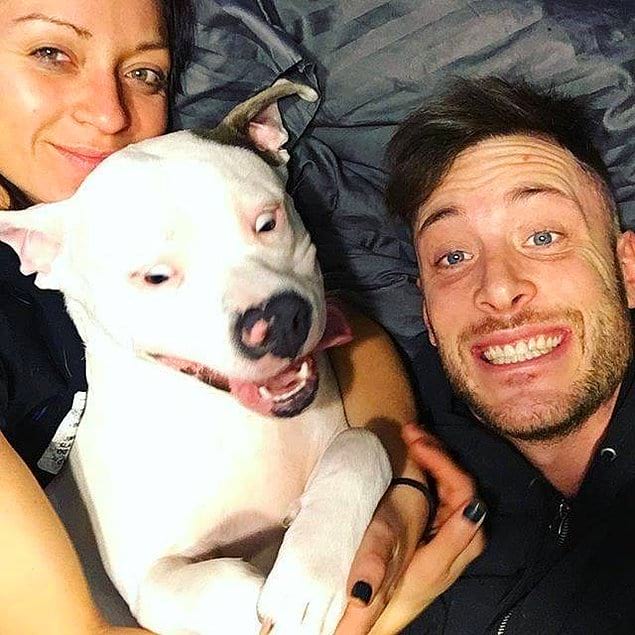 They adopted him and soon they decided to rename him Diggy, which was not a problem because the 2-year-old dog easily got used to the new name.

The couple was very happy with such a replenishment, especially since the dog immediately found a common language with them. So Dan decided to share the photo with the pet on Facebook. The picture immediately became insanely popular.

But due to such popularity, detractors also found out about Diggy. Soon the police came to Dan. 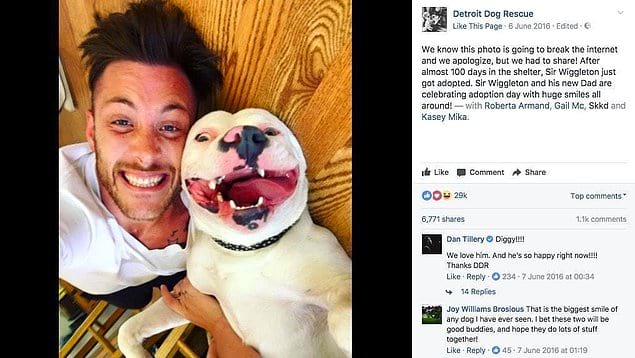 It turned out that one of their acquaintances complained that the family was violating state law, which concerns the maintenance of pit bull terriers. It turned out to be prohibited.

And the police were not at all puzzled by the fact that Diggy’s passport was written: American Bulldog. The intruders said that the dog looked too much like a pit bull, and therefore he would have to be taken.

Dan soon had to turn to social media for help to get his dog back. 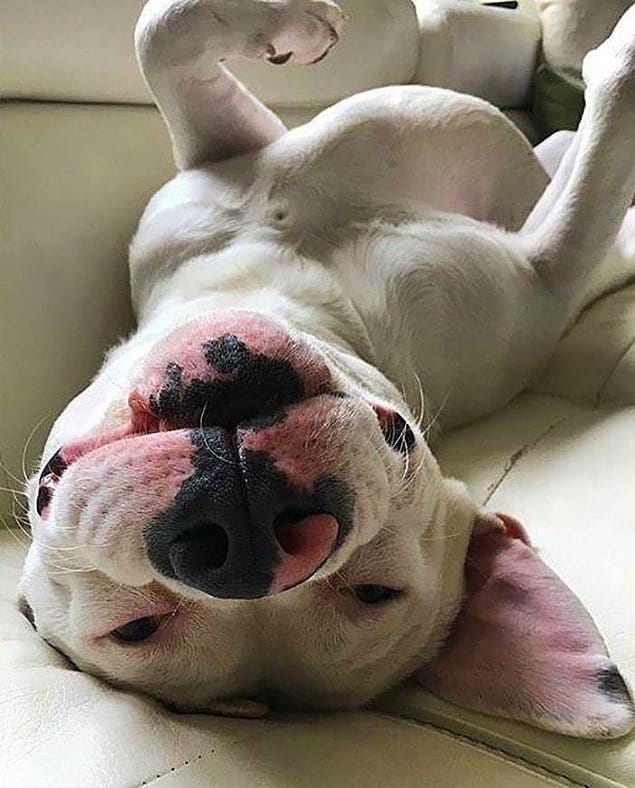 Caring residents of the state quickly created a petition, which at the time collected more than 100,000 signatures. But even this fact still did not allow to decide the fate of Diggy, and therefore the process of defending his rights dragged on for several months.

In the end, Diggy still got home, to Dan and Megan. The couple was very happy that their pet was finally with them! Needless to say that the dog himself was in seventh heaven with happiness?