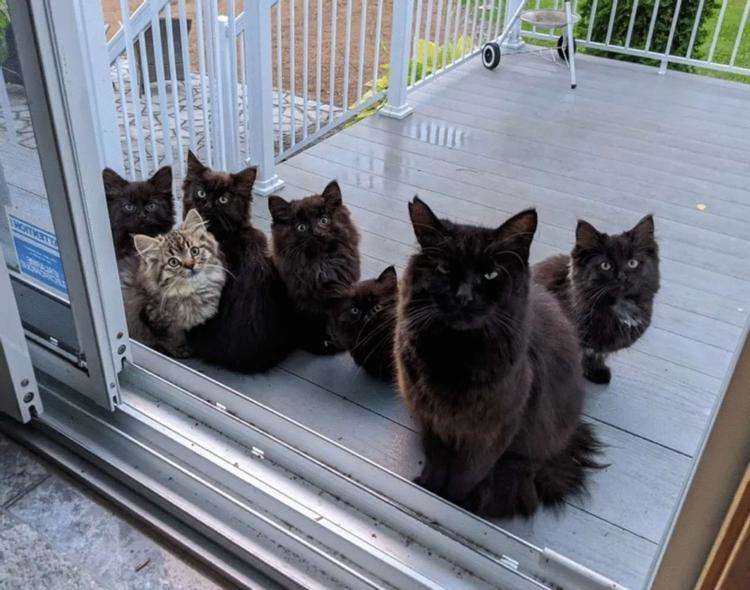 Once, in summer, a resident of the Canadian Quebec named Lisanne noticed that a stray cat with unusually beautiful black hair began to visit her.

The little animal looked hungry and the woman began to present her with a bowl of food and water. The cat purred gratefully, but it didn’t come to hand and didn’t go into the house – it had a different plan.

This cat is already at the current time. Do you see this sly squint? 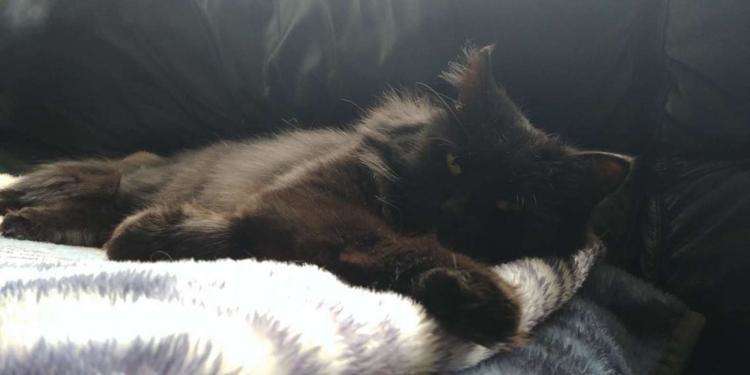 The cat came to visit Lisanne all summer and only in the fall she noticed that the animal was too fat. She drew the right conclusion and began to impose more food on the pregnant cat.

Usagi, as Lisanne called the black beauty, was also pointedly distanced herself. And even when she gave birth to kittens, she still did not change her habits until about a month had passed.

And then one morning Lisanne saw this picture.

Five black copies of mom and one gift from the cat-dad. Do you understand, yes? First, Usagi’s cat checked Lisanne, taught her to feed herself, and made sure of the reliability of the future home.

Then she became pregnant in order to have time to give birth to kittens before the autumn cold, and when they grew up, she brought them to the kind woman. On a dependent and in general, kittens need a home, comfort and coziness. 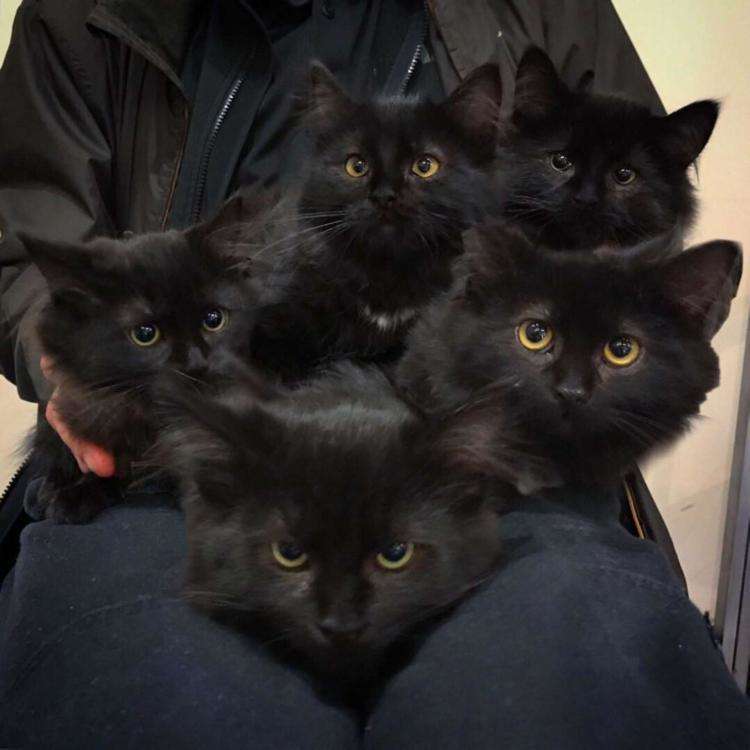 Surprisingly, street kittens, that were clearly the first time so close to a person, very quickly ceased to be afraid and willingly went into their arms. Not otherwise, mother-cat taught in advance!

This family is a month later. Look what handsome cats have grown up!

Lisanne decided to keep the savvy cat and her kittens. Of course, this is the best decision she has made for the cats.