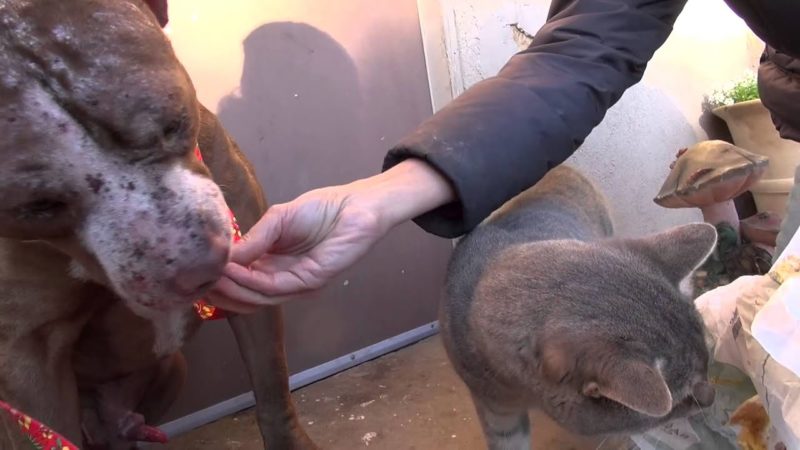 An animal protection organization received a message about a stray pit bull who urgently needed help. A rescue operation was immediately organized, during which it turned out that the dog had been living on the street for a long time.

It was evident that the dog was very sick, but desperately clinging to life! The rescuers could not approach the dog which they named Gideon, because he did not trust people and cautiously ran away not letting them near him.

But suddenly help came to the rescuers. Local stray cats showed by their example Gideon that people came to help and they should not be afraid. And after a while, the dog let people in, and they were able to take him to the veterinary clinic.

After examining the dog, doctors discovered that Gideon had a serious and dangerous infection that threatened the life of the unfortunate dog. 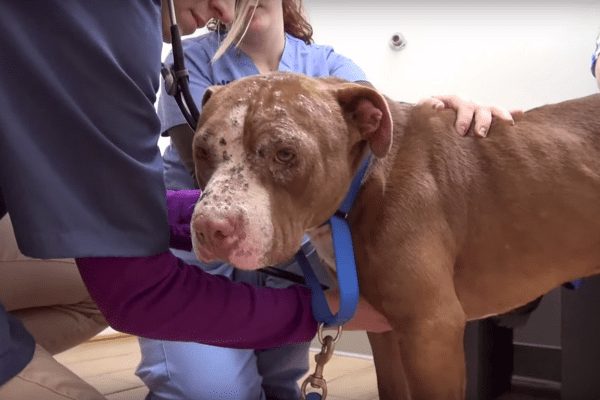 But now Gideon could receive qualified help, and his health was rapidly improving. Along with this, the dog became much kinder and more trusting to treat people. 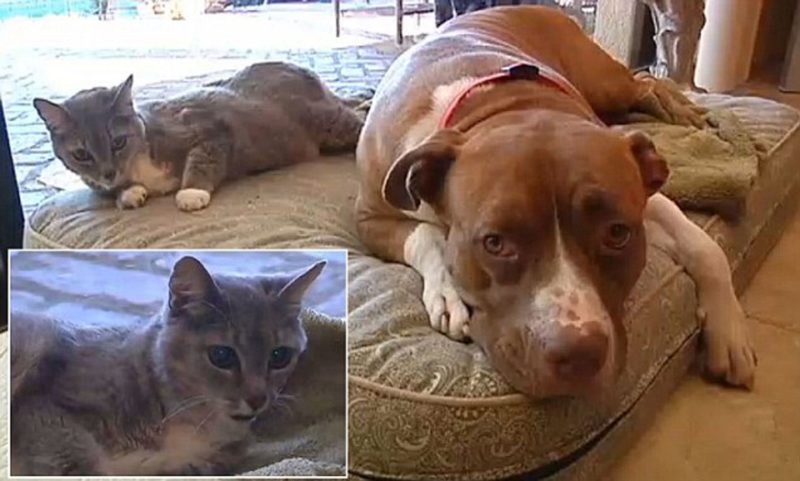 Today, Gideon has finally recovered and animal rights activists are actively looking for a new home for the pit bull. We hope that Gideon will soon fully trust people and enjoy their love.

The story of the rescue of a sick dog. Cats helped him to adapt to the presence of people and take care of him
Share on Facebook

This is incredible: this boy came up with a business idea and bought an apartment after 8 months