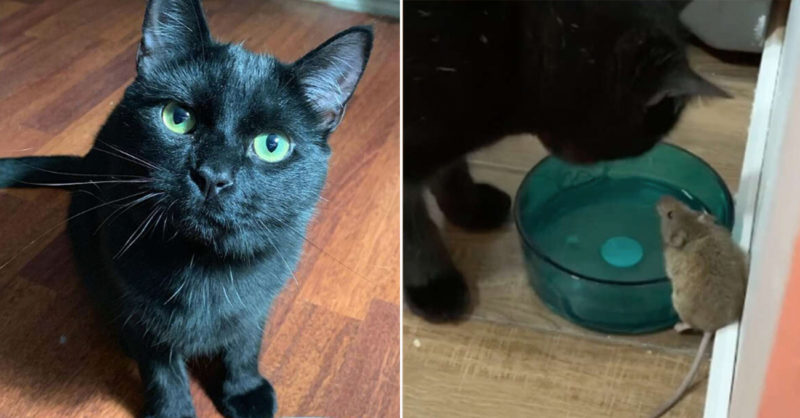 An overly affectionate kitten nicknamed Simon has become a rising star on social media. Living in the Chilean city of Punta Arenos, the pet clearly upsets the owner Benjamin Sagredo. For example, instead of catching a mouse, he invited him to visit.

The man’s attention was attracted by strange sounds coming from the kitchen. At first, he tried not to attach importance to them. If mice scratch, then a cat lives in his house, whose task is to catch rodents.

But one day, passing near the kitchen, he saw an unusual picture.

His kitten Simon sat opposite the mouse and looked at him with curiosity. And at this time, the rodent was drinking water from a bowl, which was practically next to the pet. Most likely, the mouse sensed the “defective” cat, so he was not afraid of him. 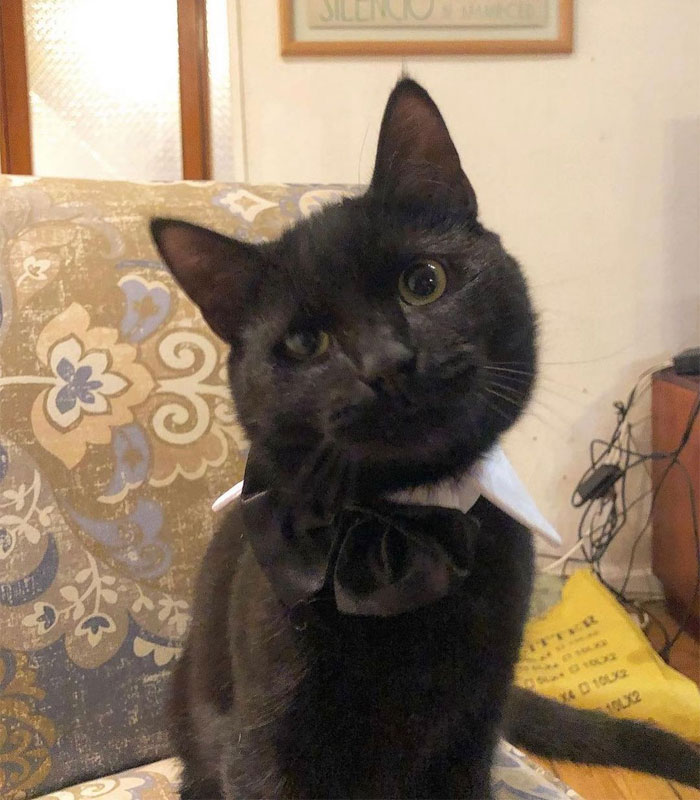 According to Benjamin, the little rodent, named by him Chefsito, kept the kitten company more than once. Now the owner realizes that he may have to allow Simon’s “young friend” to live in peace in the house. 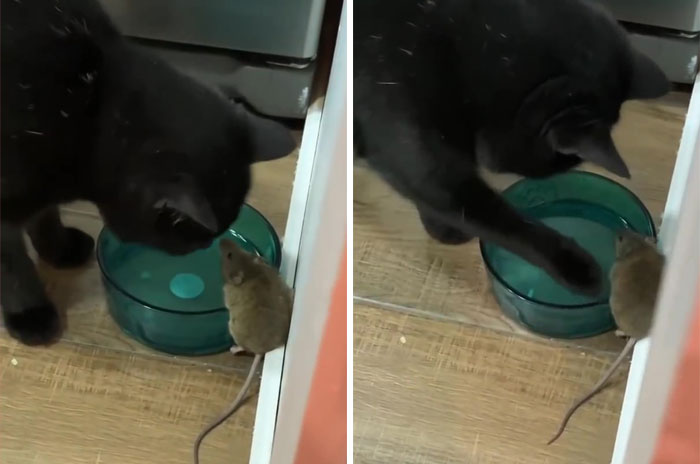 Can you believe a friendship between a cat and a mouse? If we are already used to a cat and dog friendship, then this is something new. Well, in the world of animals nothing is impossible!

The man was shocked to see that instead of catching the mouse, his cat befriended him
Share on Facebook