There is a large center for animals with acquired or congenital developmental disabilities in Cairo. This is the Furever Rescue Foster.

A volunteer Ahmed Embabi has been working here for many years, through whose efforts more than one hundred disabled dogs turned out to be the object of the center’s care and subsequent adaptation.

But Ahmed had a particularly warm relationship with a dog named Araf.

The dog is blind. And, as is often the case in animals with such ailments, his other senses are extremely heightened. In particular, the sense of smell and hearing. Thanks to this, even without sight, they will never confuse a loved one with others.

For example, Araf recognizes Ahmed’s voice from afar, and as soon as the volunteer shows up on the territory of the center, the dog runs to meet him. 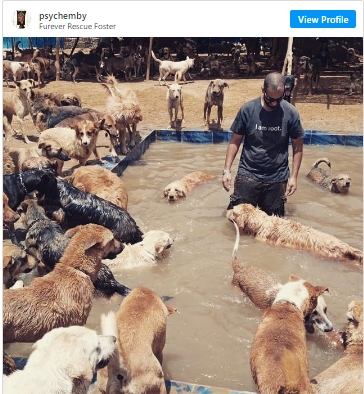 Ahmed himself is always happy with such meetings and says that every day of his appearance in Furever Rescue Foster turns into a burst of such violent positiveness and devotion that Araf does not get tired of demonstrating.

Yes, the dog will never be able to see the diversity of the world around him, but once in a shelter, he gained calmness and confidence in the future – and this is already a lot. It is noticeable that Araf has recovered and has become more friendly both with people and with representatives of his kind. 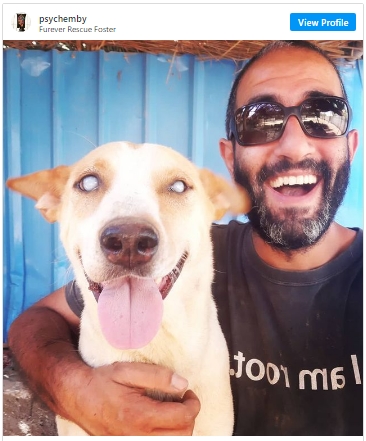 His affection for Ahmed Embabi is vivid proof of warm feelings for a person. True, for many reasons, Ahmed cannot take Araf home, but he does everything so that the blind dog finds a family.

And he believes that such a friendly and loyal dog will sooner or later find a master worthy of him. Although he realizes that finding a person who wants to get a blind dog is not so easy.

The man found his best friend in a shelter, and he is a blind dog full of life and energy
Share on Facebook