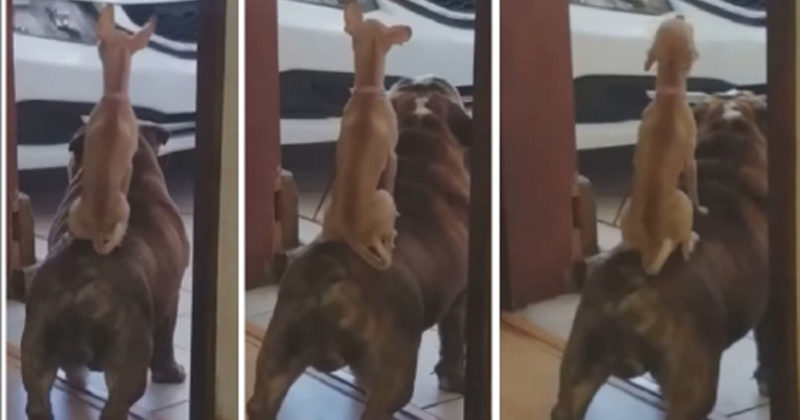 Small dogs are more active and full of energy than bigger ones. They are restless, and because of it, there are some people and children that don’t like their barks and runs.

And it’s also not a secret that many people dislike small dogs because of their aggressiveness. This is especially true for children who meet such an aggressor on their way.

After all, at first the child does not understand what danger threatens him from a tiny creature.

Really puzzling, why is there so much anger in this puny little body.

One of the dogs found the perfect way to intimidate rivals. The tailed animal made friends with a bulldog. 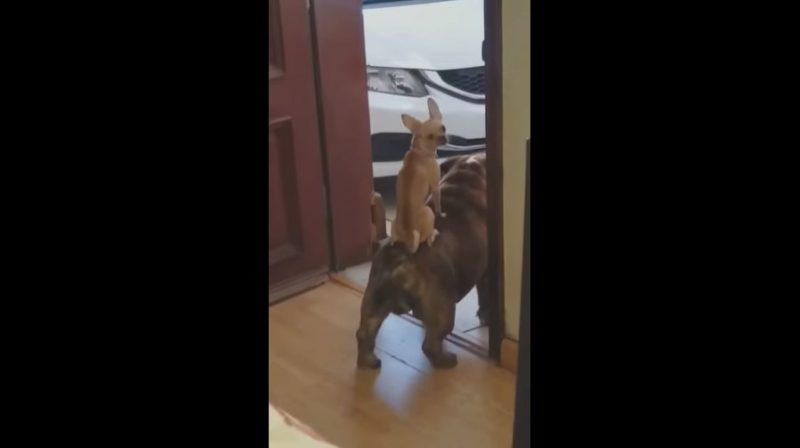 The new friend is behind him, like a stone wall, both figuratively and literally. The dog, standing on the back of his friend, can, without fear of anyone, bark loudly at everyone passing by.

Just look how confident this little guy is under the defense of his giant friend. It seems if the doggie wants to say everyone that he is no more powerless. 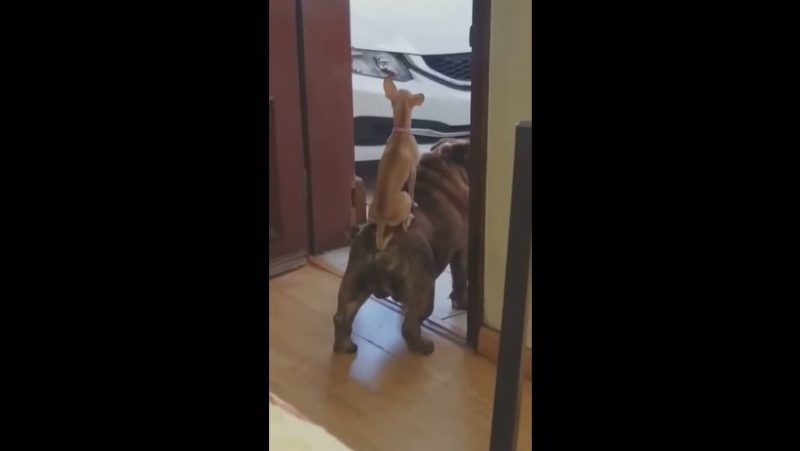 The video with the tailed couple, posted on the Internet, found a great response among users. The owner of the dog called the video “Timon and Pumbaa in the world of the dogs.”