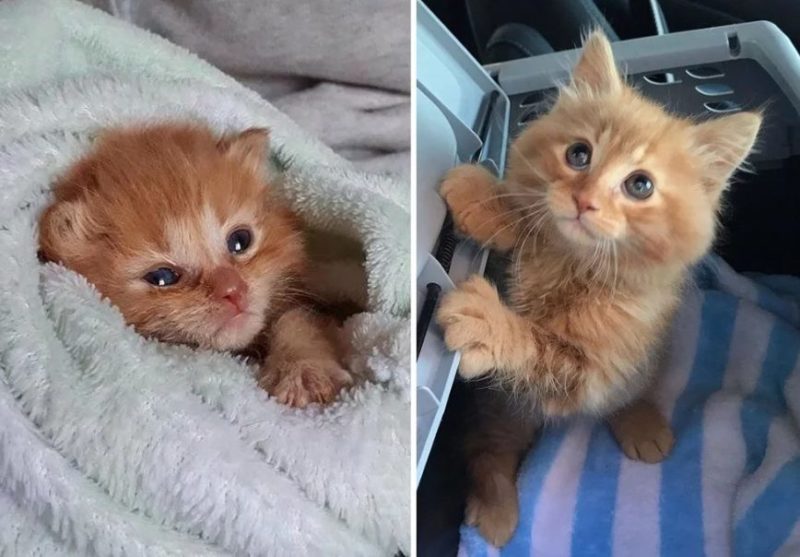 A brood of week-old kittens turned up at the Montreal shelter. Such babies need round-the-clock feeding, so this duty was distributed to a group of volunteers.

And there was a red-haired little kitten that was holding on to life with his paws from the last, apparently, of his strength.

An experienced rescuer Jess was sent to help him, who took the kitten home, fed him through a tube, warmed him – in general – was always nearby. 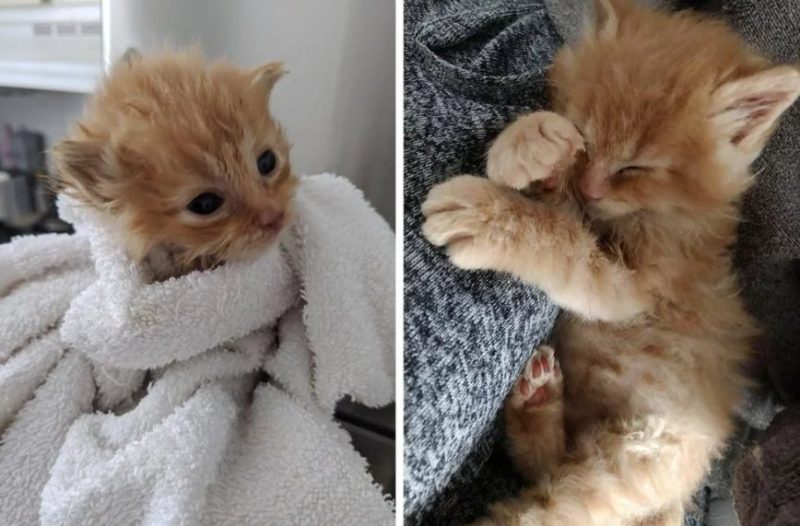 Jess was not sure that the redhead would survive, but without a fight for his life, she was not going to give up. And her efforts were not in vain – every day the kitten was getting better.

The red-head was named Marsik, and soon he became so strong that he began to swallow on his own, trying to eat up at every feeding.

And in the end, he stood on his paws, which allowed one of their volunteers, named Coralie, to take him to her home.

And in order not to miss the next feeding, the girl began to carry Marsik in a large pocket – where he felt great. 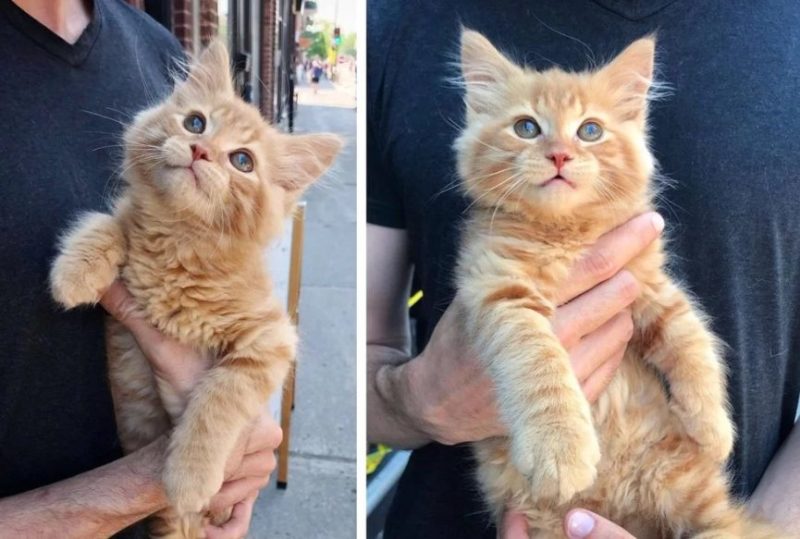 At first, Coralie had no idea of ​​keeping a new pet for good. But the sly red face managed to sneak into the hearts of the family that sheltered him.

So, when it came time to snuggle the baby, he had already firmly taken root in the house, and now red-haired young lightning rushes around the house in the girl’s family.