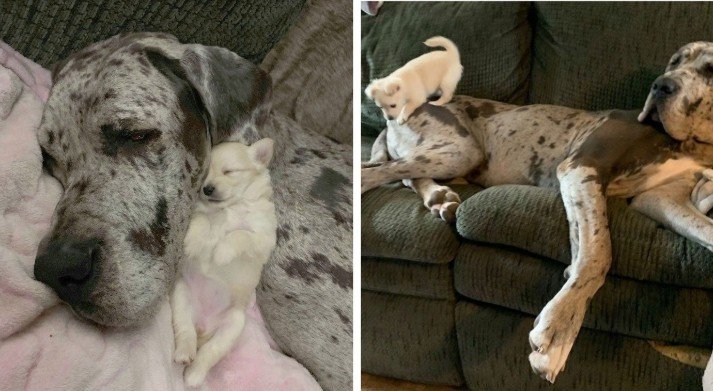 What can connect a huge Great Dane and a baby Chihuahua? It is hard to believe, but sincere friendly relations have been established between the dogs. It all started after the founder of the animal rescue service took care of little Bianca.

The Chihuahua puppy might simply not have survived if Shirley Zinder hadn’t brought it home.

The baby was no more than 12 cm in size, her weight was less than 1 kg. Bianca’s mother died immediately after the puppy was born.

The Shelby Great Dane already lived in Shirley Zinder’s house, weighing 53 kg. The woman got the dog three years ago. 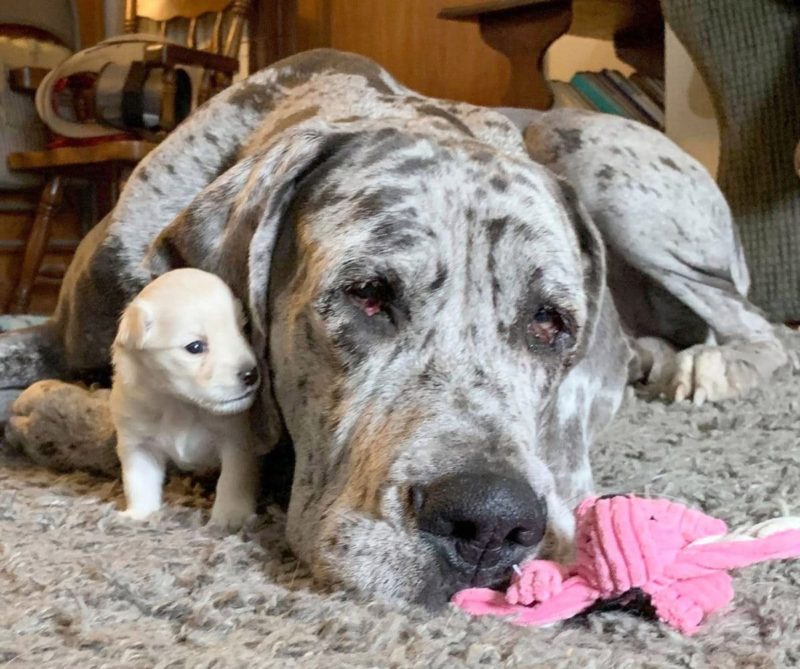 Despite the fact that Shelby was blind, she immediately sensed that there was someone else in the house. Shirley had to bottle feed the baby Chihuahua. Great Dane Shelby was nearby. The puppy grew up, the friendship between the dogs became stronger every day. 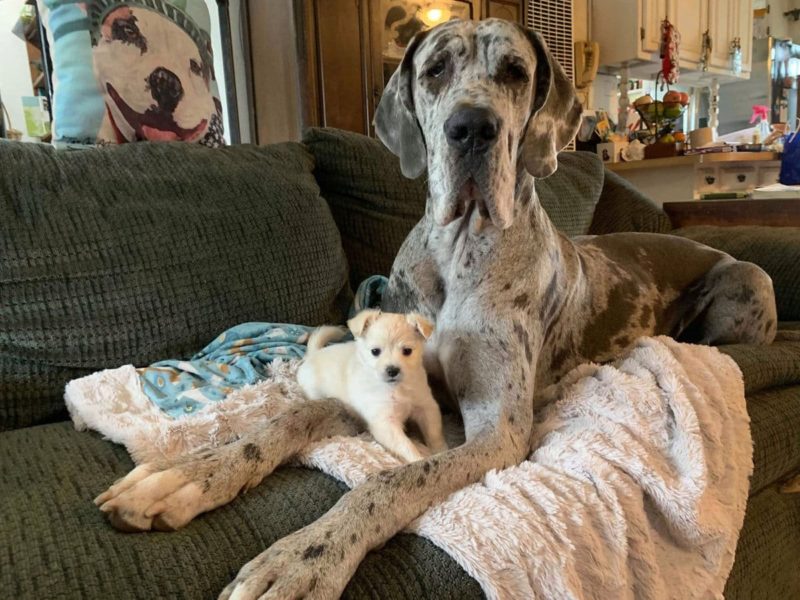 Bianca and Shelby had fun together, they played a lot and frolicked. The owner of the pets was able to capture their unusual friendship on video. The videos hit the Internet and after a while, they became popular among users.

Great Dane and baby chihuahua proved once again that size is not a hindrance to friendship.