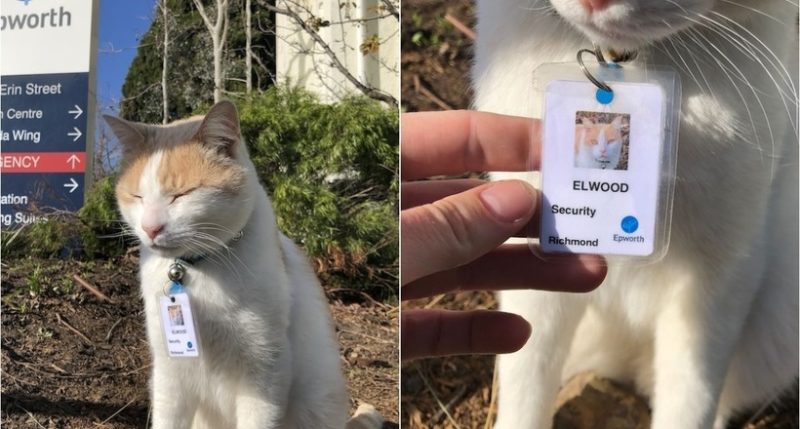 While most of the guards appear in a rather formidable guise, at Epworth Australian Hospital in Richmond, the guard is incredibly cute and harmless.

This is Elwood – the guardian cat that maintains law and order, enjoying the love and attention of staff and patients.

One of the employees who particularly like Elwood is Chantelle Trollip. The woman works as a pathologist in the hospital.

She first met the red and white tabby cat about a year ago, when she began to recruit more shifts and continued to spot him on the grounds of the hospital.

One day in July 2020, she noticed that he was wearing a collar with an identity document identical to that worn by her and other hospital staff. He even got his own calling code on the back of his badge. 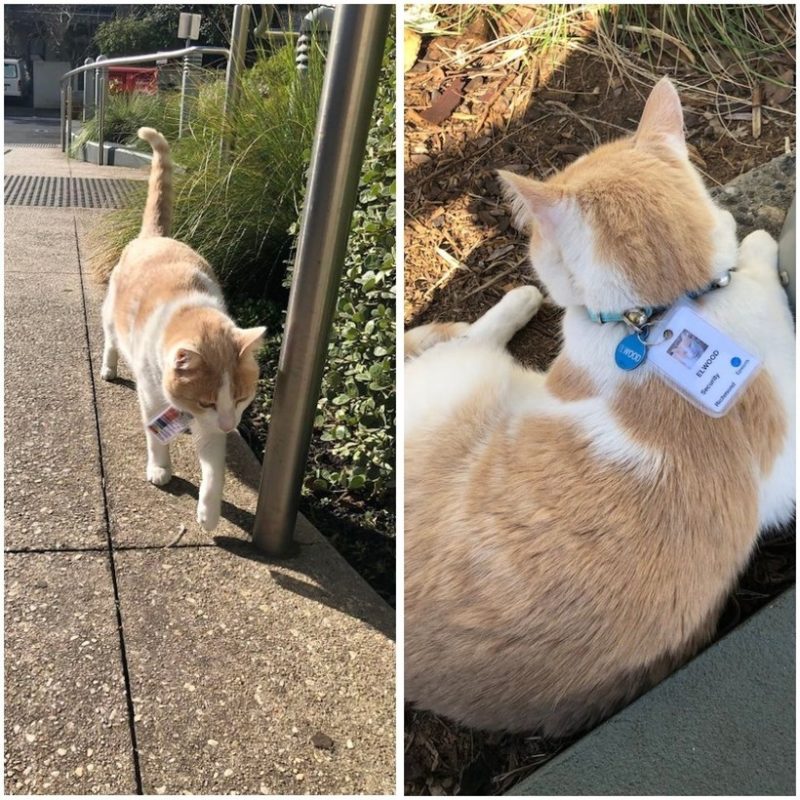 “I actually had a couple of sad moments that day,” Trollip says in an interview. “But when I saw his ID, my mood immediately changed!”

While it’s unclear who made this badge, it looks ridiculously official. Elwood proudly wears the badge with his picture, name and title as he inspects the hospital premises. 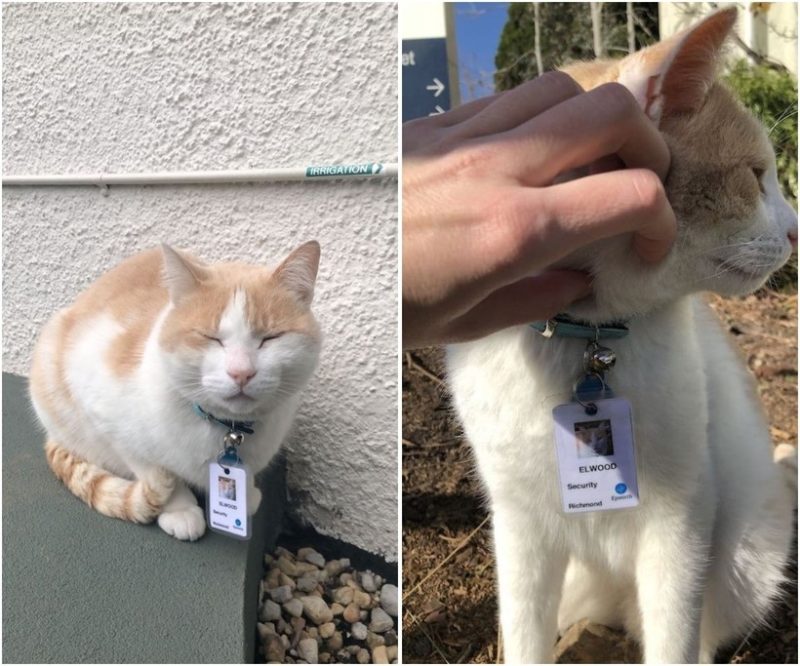 The adorable cat may not seem cool enough to protect the hospital from unwanted trouble, but in reality, he uses his attractiveness as a disarming trick.

At first, hospital staff assumed Elwood was homeless, but recently they discovered that he lived across the street. The conscientious security guard comes to work every day and takes his duties quite seriously.

The hospital accepted the cat as a guard, now he goes to work every day and even has a badge
Share on Facebook