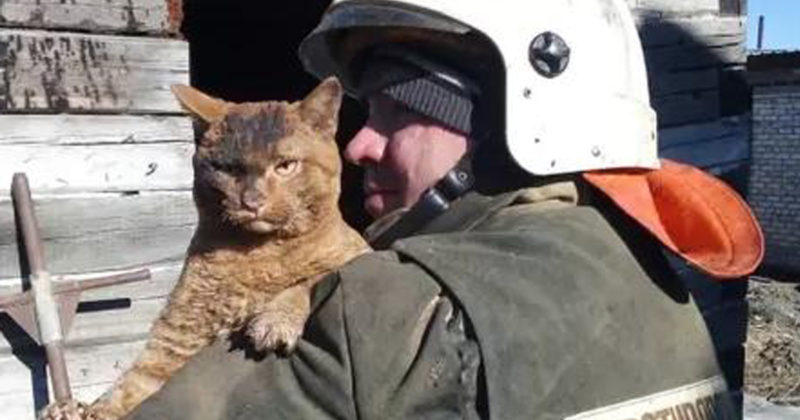 Once in the small village of Magdagachi, Amur Region, Russia, a fire broke out in one of the private houses.

Firefighters burst into one of the rooms and what was their surprise when they found a kitten huddling in the corner of the room and meowing wildly.

At the same time, the kitten slightly scorched its fur and mustache and looked like a natural firefighter who arrived at the place of extinguishing the fire before the help comes. 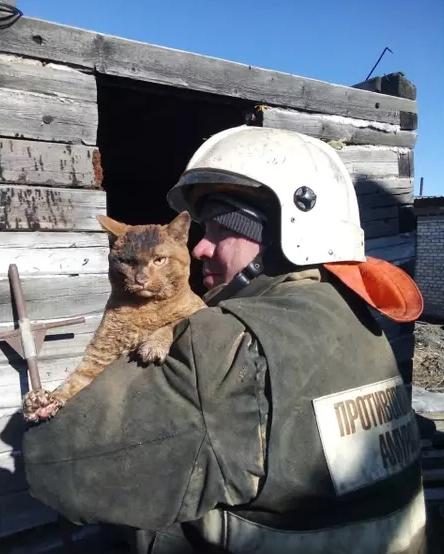 The kitten immediately after the fire got into the camera lenses, and the photos were instantly uploaded on the Internet. The cat was proud, courageous, calm and unperturbed.

Many users wrote in the comments that it was the kitten himself that put out the fire, and everyone else helped him.

His face has become a meme, and many people describe his facial expression as bored because he didn’t need the help of firefighters to get rescued, he himself was the main hero of the ”show.”

Now the commander of the feline fire patrol continues to gain popularity on the Internet, touching the townsfolk with his brave firefighter look.

What do you think? Did the cat really need help, or he was helping the firefighters?