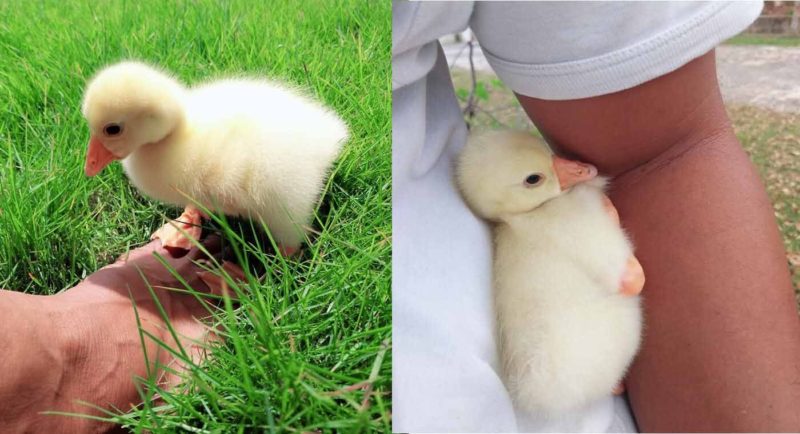 This story is about a gosling named Hazelyn. The owner of the bird asked to call him simply Muhammed. He himself is not friendly with computer technologies, so his 12 years old daughter takes photos of the gosling and shares them on social media.

Hazelyn was born in summer and, just like in fairy tales, he was the first to see the farmer himself and decided that he was his mother. So they live together!

Initially, Hazelyn was a humble, though not an ugly duckling.

The man had one goose that laid an egg and started hatching it. But then she suddenly disappeared – after searching, Mohammed came to the conclusion that she had become a victim of a snake. 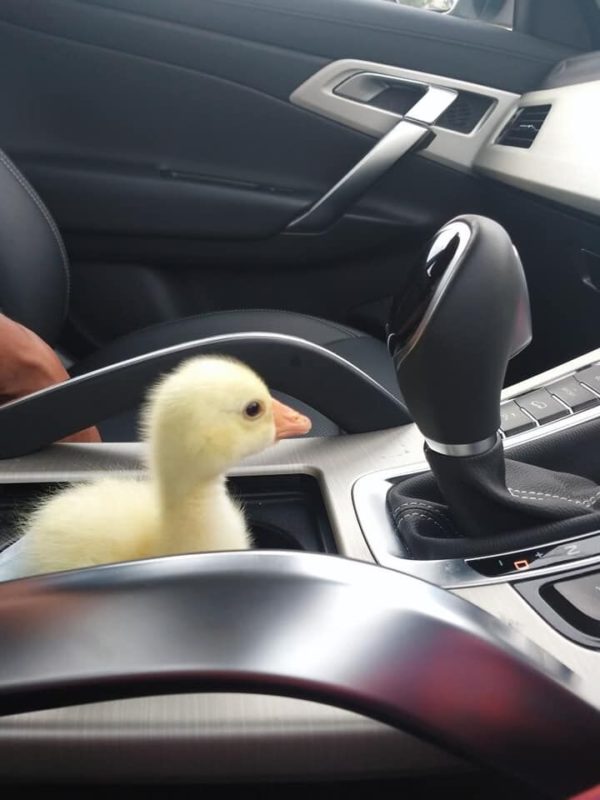 The man built a makeshift incubator – for the sake of a single egg! Muhammed helped Heizelyn to break the shell. And so it happened that the first living creature that the newborn gosling saw was Muhammed – his mother.

In science, this is called imprinting, and such a phenomenon is actually not unusual. Maybe Hazelyn doesn’t consider the farmer exactly a mother goose, but that’s for sure the closest creature in the world! 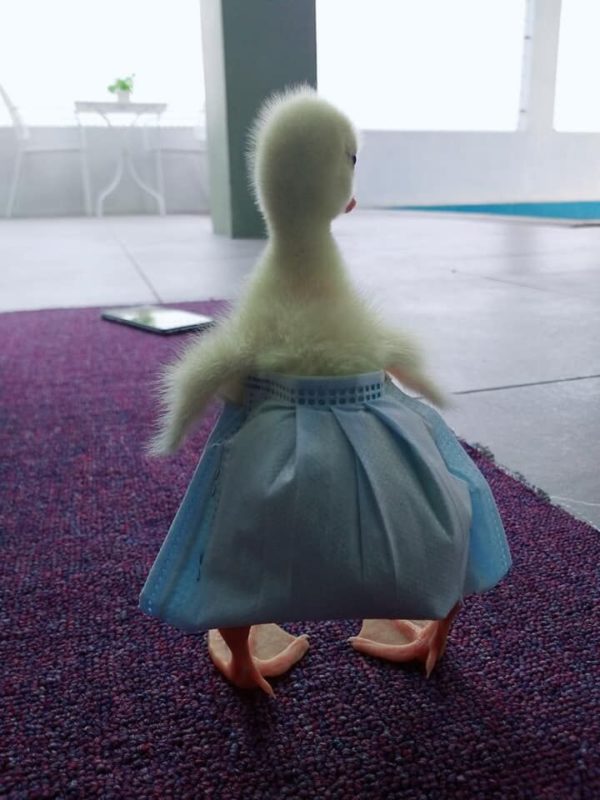 He has become the favorite of the whole family. Everyone loves the cute bird and properly takes care of it. Look at these amazing pictures of the baby Hazelyn.

Dog from a shelter didn’t sleep at night: all the time he looked at his new owners