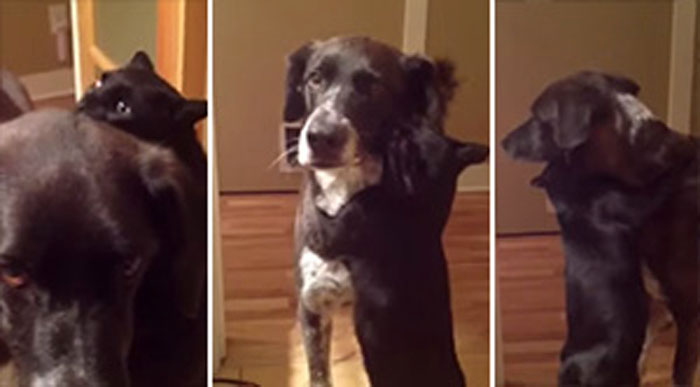 Once the beloved dog of a family went for a walk and appeared far away that he was not at home for ten whole days. Everyone was looking for him, calling, but they could not find him, and most of all his best friend the cat missed him.

Thankfully, ten days later, the dog returned home as if nothing had happened and flatly refused to explain where he had disappeared. The cat was very happy about the return of the wandering friend and immediately threw himself on his neck. 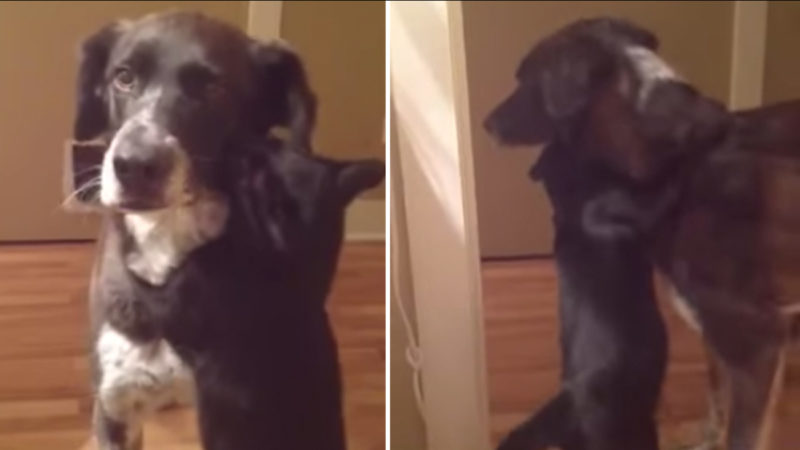 He hugged and kissed him and expressed his love to him in every possible way. And of course, the cat scolded his friend for such a long absence, but the dog never admitted where he had been disappearing all this time.

But this, in fact, is not so important, the main thing is that true friends met and again live together happily.

It is hard to believe in such a strong friendship, especially between seemingly irreconcilable enemies, but in life there are different things and even primordial enemies become best friends.

See how this joyful moment of reunion of two best friends took place after a long separation.

The dog, who had been absent for 10 days, returned home. His best friend, a cat, was looking forward to his return
Share on Facebook

Dog received a very big surprise on his birthday: he can’t wait to play with it every day