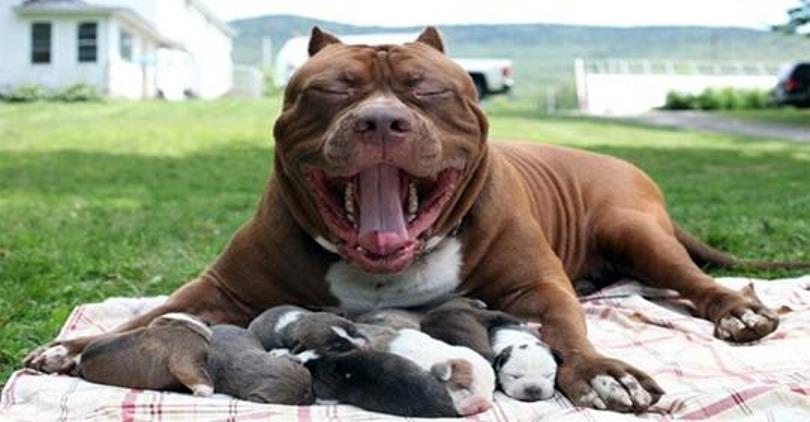 One day, employees of an American dog shelter heard a sound that seemed like the sounds of a plea for help. Right in their backyard, they found a female pit bull terrier and her ten newly born babies.

For some reason, the owner decided to just throw the animals under the door of the volunteers. What prevented him from calling and reporting about the dogs remained unknown. The mother pit bull was off-leash. 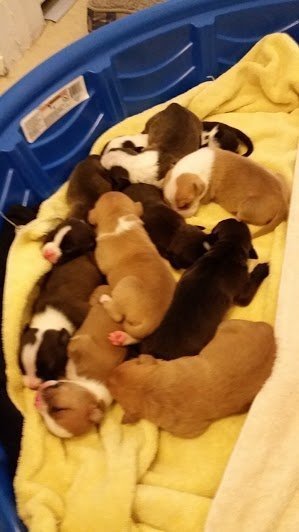 Nothing held her back, she could freely leave. However, the parent remained with her babies until the end. In principle, it could not be otherwise.

Animals, apparently, spent the whole weekend under the “back door”. After all, the foundlings were discovered on Monday afternoon, and on Friday evening, the shelter staff checked the backyard. 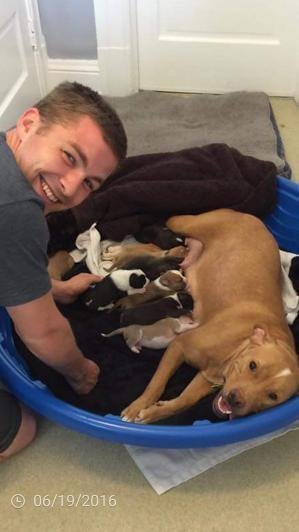 The pit bull was very kind despite the fact that the two-legged left her with her children without water and food. Mom allowed the volunteers to pick up and pet the puppies.

The veterinarian determined that mom was a little over a year old. She was well-groomed. It was clear that she had been taken care of before.

Probably, the owners took her as a puppy to “play”, and when the pit bull gave birth to a dozen kids, they decided to get rid of them all at once.

Now mother and children are in a shelter. As soon as the kids grow up, they will find good owners.

Volunteers also hope that they will be able to find a new home for the mother.

The dog did not abandon her puppies, even when people left them on the street
Share on Facebook